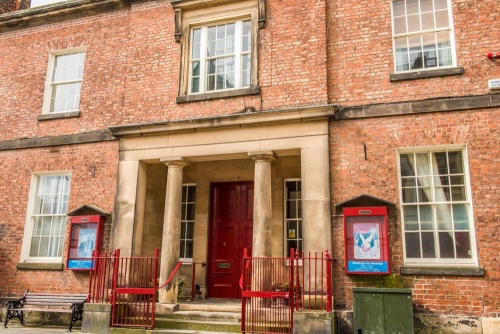 The Durham town of Darlington has several outstanding historic churches. The parish church of St Cuthbert and St Andrew's Church in Haughton-le-Skerne both date to the 12th century (at least).

But there is another historic place of worship, easily overlooked by visitors. That is the Friends Meeting House on Skinnergate, a Grade II* listed building erected in 1839 on the site where Quakers have met since 1678. Behind the elegant meeting house is a Quaker burial ground with simple gravestones commemorating centuries of Darlington Quakers, some of whom rose to positions of great wealth and local influence. 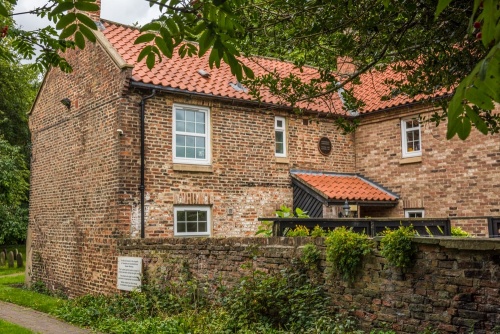 The first Quaker families in Darlington met and private houses. In 1678 a plot of land on Skinnergate was purchased for £35, and there they built a meeting house. The 17th-century building was extended several times, with stables and an almshouse in addition to separate meeting houses for males and females.

In 1839 the old meeting house buildings were torn down and the present brick-fronted building erected, probably to a design by Joshua Sparks. The new meeting house had a library and classrooms on the first floor, above committee rooms and a lobby.

The separate meeting houses behind the new block were merged into one large space in 1845, but the male and female seating areas were still divided by movable shutters. The shutters were raised for a united meeting for worship but lowered for separate meetings for business.

At one end is a raised section topped by a sounding board, known as the 'minister's gallery'. 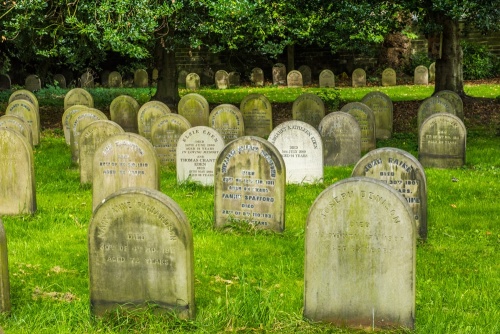 This peaceful oasis has been used for burials since the 17th century. It holds roughly 1,000 burials, among them members of the Pease and Blackhouse families, who exercised great influence over Darlington's growth.

Perhaps the most famous grave is that of Edward Pease (1767-1858), known as 'The Father of the Railways'. Pease was a wealthy wool merchant who became interested in the commercial potential of railways. From 1817 he promoted his railway in conjunction with entrepreneur George Stephenson. The railway used Stephenson's steam locomotives and became the Stockton & Darlington Railway.

Joseph Pease (1799-1872) was Edward's son. The first quaker MP, Pease developed Middlesbrough and grew wealthy through holdings in the railway, coal mines, and mills. He was a philanthropist and campaigner against slavery. 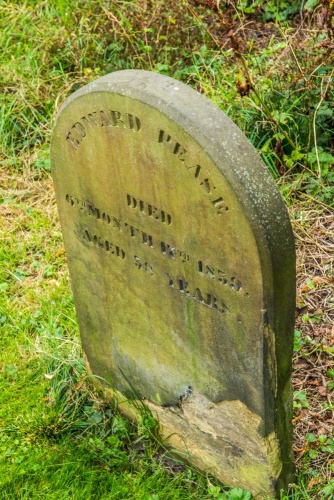 Edward Pease, the 'Father of the Railways'

Another famous name buried here is John Fowler (1826-1864), who invented the double shared steam plough. Then there is Sophia Fry (1837-1897), a pioneer for women's involvement in politics and business.

Speaking of success in business, look no further than the grave of Alfred Backhouse (1822-1888), who took over his family banking business on High Row and became one of the wealthiest men in Victorian England, with a fortune estimated at £36 million in modern terms.

The Friends Meeting House is easy to reach. It is at 6 Skinnergate, a very short stroll from the Market Place. The Meeting House is open for Sunday worship and for coffee mornings once a week (check the official website for times). The burial ground is open at any time and is accessed through an archway beside the bookshop in Skinnergate.