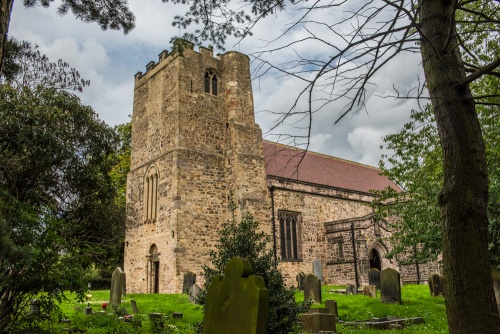 Haughton-le-Skerne is an ancient village that has been gradually overwhelmed by the growth of neighbouring Darlington. Almost lost amid modern housing estates is a historic gem; the 12th-century church of St Andrew. 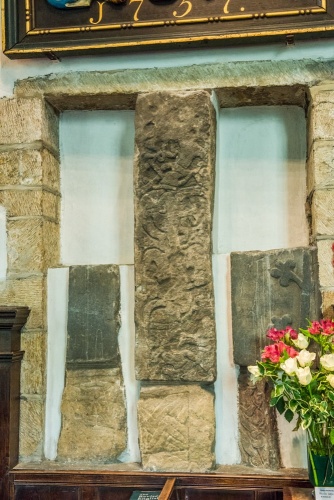 This Grade I listed church was built around 1125 and retains many of its original Norman features. The 12th-century church probably stands on the site of an earlier Saxon building. Despite St Andrew's early origins, it is known primarily for its outstanding 17th-century furnishings.

The 12th-century origins of the church aren't immediately apparent, as when you enter the nave what you see is a wonderful collection of Jacobean box pews. These gated pews with their oak-panelled sides are thought to have been installed around 1662 (though architectural historian Nikolaus Pevsner suggests an earlier date of around 1638).

The woodwork has been linked to Bishop Cosin of Durham (1660-1672) and boasts an outstanding collection of poppyhead bench ends. The reading desk and pulpit are from the same period. The 17th-century woodwork includes half-height oak panelling in the chancel. 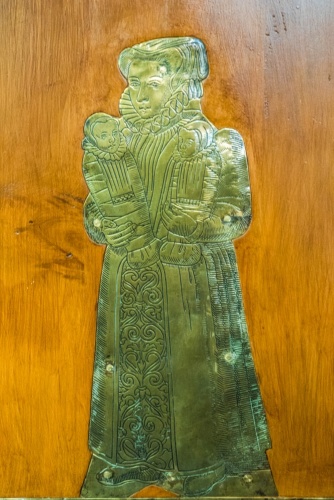 At the west end of the church (where you enter) is the baptistry, built around 1175 and restored in the 13th century. The baptistry houses three bells, cast in 1550, 1663, and 1664. In the centre of the chamber is a modern font bowl on a 12th-century base of Frosterly marble. The font is topped by a Jacobean cover made in 1662.

Set into the floor is a medieval grave slab. The text is too worn to be readable, but earlier transcriptions suggest that it mentioned the name of Elizabeth Naunton, who was the priors of Neasham from 1488-89. 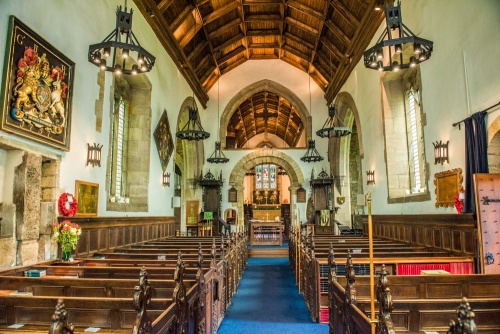 Against the north wall of the nave are several Saxon carved stone fragments including a section of a cross shaft. These carved stones were found in the walls during restoration work in 1895. The earliest stones probably date to the 10th century and include a fragment of a Viking hogback gravestone.

On the wall just east of the Saxon carvings is a funeral hatchment in memory of the Hon. Richard Byron, the great-uncle of the poet Lord Byron. The hon. Richard served as rector of Haughton from 1795-1811. He is buried near the south porch.

Also on the north wall of the nave is a painted royal coat of arms to Charles II (reigned 1660-1685), made from a single piece of wood. At the top are the initials of George II (reigned 1725-1760), suggesting that the arms were simply 'recycled when George came to the throne. 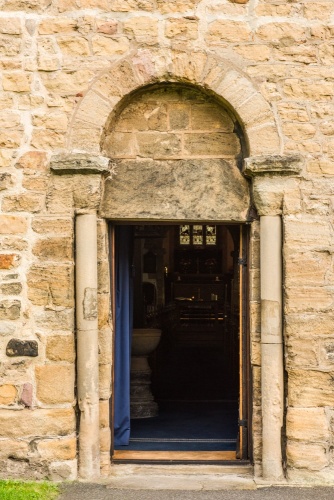 Beside the chancel arch is a memorial brass to Dorothy Parkinson, who died giving birth to twins in 1592. Tragically, the twins died shortly after, and all three are remembered on the brass. Next to the brass is a squint, or hagioscope, giving a view of the high altar. On the south side of the chancel arch is a niche with remnants of a 16th-century wall painting.

In the south porch are more carved stone fragments from the Saxon period, along with medieval stone coffin lids.

On the north chancel wall is a tablet in memory of Charles Morgan, d.1664 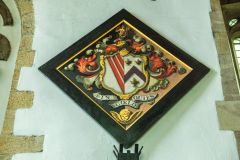 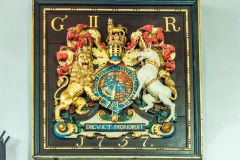 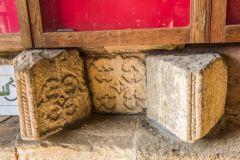 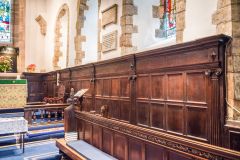