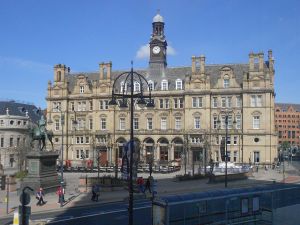 Leeds City Square
Leeds is one of the largest towns in Yorkshire. The history of the town goes back to at least the 5th century, but it was during the Industrial Revolution that Leeds really came to prominence as a centre of the textile trade. The prosperity of its industry helped create such superb buildings as the ornate Town Hall.

Another imposing Victorian building is the Corn Exchange, built in 1864 by Cuthbert Brodrick. This Grade I listed building is one of the finest 19th-century examples of civic architecture in England. It is one of just 3 Corn Exchanges in Britain still used for its original purpose as a community shopping centre.

Near the town centre is Kirkstall Abbey, a medieval monastery built as a sister house of Fountains Abbey. The ruined abbey is one of the most complete Cistercian monasteries in England, set in a pretty location by the River Aire. The Abbey was founded in 1152 under the patronage of Henry de Lacy, Lord of Bowland.

A dozen monks from Fountains originally built an abbey at Barnoldswick, but found the location unsuitable, and asked De Lacy to purchase the present site. The Abbey was dissolved by Henry VIII in 1539 and sold into private hands. The stones were robbed for other buildings, and the abbey became a picturesque ruin, attracting romantic painters like JMW Turner. Opposite the abbey site is the Abbey House Museum. 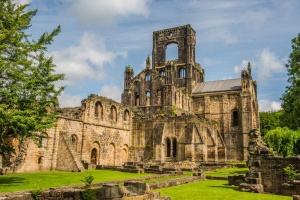 The oldest church in central Leeds is this attractive Jacobean building, erected from 1632 by John Harrison, a wealthy wool merchant. Harrison furnished his new church with exquisitely crafted carving, decorative plasterwork, and a superb painted rood screen. Look for corbels carved to depict angels playing musical instruments. St John's is no longer in regular use and is cared for by the Churches Conservation Trust.

Housed in an imposing Victorian building on Beckett Street is this unique museum of medicine and social history. The museum takes visitors back to 1842 and shows what life was like for people living in the heart of Leeds during the Industrial Revolution. See how scientific discoveries changed peoples' lives, from childbirth to surgery.

See a collection of 600 Apothecary's ceramic jars for remedies. This is the largest collection in the world and spans the period from the 16th-19th century. More than just containers for herbs and medicines, the ceramic jars are works of art in their own right.

In 1977 the famed sculptor Henry Moore established a centre in the heart of Leeds to help promote understanding and appreciation of the visual arts, with a special; emphasis on sculpture. The award-winning Institute is a combination exhibition centre, research centre, library, and archive. There is a varied programme of exhibits covering the gamut of visual arts.

This free gallery is located on The Headrow, in the centre of Leeds. The Gallery is famed for its collection of 20th-century British art, probably the finest such collection outside London. Exhibits include works by such well-known artists as Henry Moore, Barbara Hepworth, Rodin, and JMW Turner. 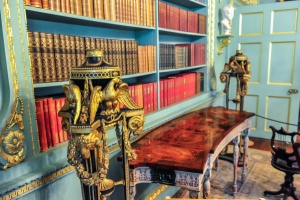 Britain's national museum of arms and armour holds an astonishing collection of over 75,000 weapons, armour, and associated military objects from around the world. From the Ottoman Empire to ancient India, Japan, and the Orient, there are examples from across the lobe and across the centuries.

Dubbed the 'Hampton Court Palace of the North', Temple Newsam was built in the late 15th century and is famed as the birthplace of Lord Darnley, Mary, Queen of Scots ill-fated second husband. The sumptuous interiors are the result of a complete rebuilding undertaken by Charles, 9th Lord Irwin from 1758. The ornate 18th-century interiors now house a superb collection of fine furniture and art owned by the Leeds Corporation.

Just a bit further afield is Harewood House, one of the great stately homes of England, with interiors by Robert Adam and one of the best collections of Chippendale furniture in the country.

More self catering near Leeds >>

More bed and breakfasts near Leeds >>