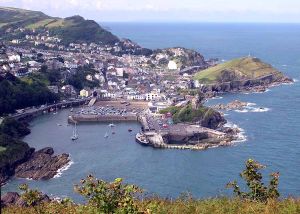 Ilfracombe is a seaside resort town on the north Devon coast. Unusually, the sandy beaches which ring the town can be accessed only through tunnels bored through the surrounding rocks. The beautiful natural harbour and the stunning coastal scenery have made Ilfracombe a magnet for visitors since the Victorian period. Regular boat service links Ilfracombe with Lundy Island.

In 1823 local entrepreneurs carved 6 tunnels through the solid rock to provide access to Ilfracombe's sandy beaches. The creation of beach access lifted Ilfracombe from a sleepy fishing port to a popular seaside resort town. The entrepreneurs hired Welsh miners to carve their way by hand through the rock, giving access to three tidal bathing pools.

Two of the pools were set aside for ladies and one for gentlemen. Not surprisingly, the new beaches were renamed the Tunnels Beaches. Before the beaches were opened up to bathers the secluded caves on the rocky coast above had been used by local smugglers.

The most famous person to use the caves at Ilfracombe was William De Tracy, one of the 4 knights who murdered Thomas Becket in 1170. Traditional history says that De Tracy died on a pilgrimage to the Holy Land, but local tradition suggests that he returned to England and lived for a time at Mortehoe, close to Woolacombe Bay. It is perhaps during this time that is thought to have hidden in a cave on the coast below Ilfracombe.

Most of the architecture in Ilfracombe is Victorian, with notable buildings including the Bath House (1836), and the Masonic Temple (1899). Another intriguing building is Trinity House, built on the site of a 16th-century church house. It served as a poor house from 1737, then the current building was erected in 1862 as a school. It now serves as church rooms.

Ilfracombe's parish church dates to the 13th century, enlarged in 1321, with a chancel aisle added in the 15th century. The oldest part of the church is the Norman tower, partially built into the north aisle. The font is Norman, though it has been recut, and the pulpit dates to the 17th century. The interior features a colourfully painted wagon roof supported on stone corbels carved in the likenesses of strange beasts. Most of the glass is Victorian, with 2 windows by CE Kempe.

On Lantern Hill, at the entrance to Ilfracombe harbour, stands the oldest building in Ilfracombe, a picturesque chapel dedicated to St Leonard. The chapel was built in the 13th century, contemporary with Holy Trinity church, and served as a votive chapel for fishermen and sailors.

By 1522 it was doing service as a lighthouse, guiding ships into the harbour. In 1650 a lantern was added, and the chapel still has a lantern which emits a green light every 2.5 seconds.

On Hillsborough Hill above the town stands an Iron Age fortified settlement of the Dumnonii tribe. The hills name comes from a combination of the words Hele's Barrow, suggesting an ancient burial site.

Chambercombe is known as one of the most haunted houses in England, with at least 4 spectres and numerous 'cold spots' throughout the house. In 1865 a hidden chamber was discovered with a skeleton lying on a bed. 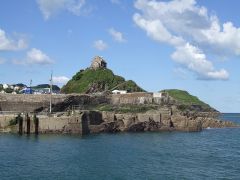 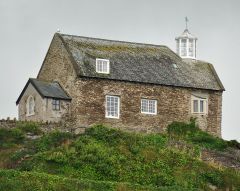 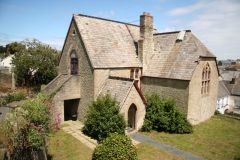 More self catering near Ilfracombe >>

More bed and breakfasts near Ilfracombe >> 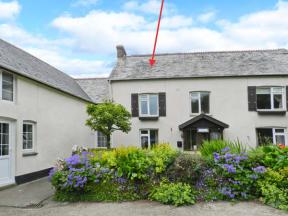 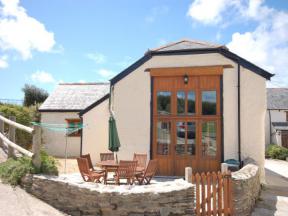 This beautiful cottage is 1 of 5 holiday properties located on a 20 acre working farm. Guests can meet many different farm animals such as horses alpacas pigs donkeys guinea …
Sleeps 6