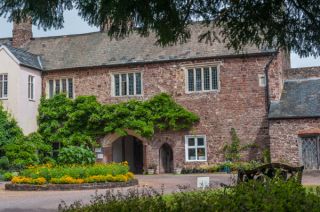 Tiverton is a large market town in mid-Devon, at the confluence of the Exe and Lowman rivers. The two rivers gave rise to the town name, for Tiverton comes from 'Twy ford ton', or 'the town on two fords'.

Tiverton was founded around the year 650 AD as a royal estate. During the 16th and 17th centuries, the town grew to become a centre for the woollen industry, and wealthy wool merchants lavished money on St Peter's church. John Greenway was one such rich merchant. He built a superb chapel in the church in 1517, as well as an almshouse and chapel on Gold Street. The almshouse still fulfils its original purpose.

Another wealthy benefactor was Peter Blundell, who in 1601 left money for Blundell's School. During the Civil War the Parliamentary general, Sir Thomas Fairfax, used Blundell's School as his headquarters. The school is no longer in its original location but is still functioning. Also look for Chilcot's School, founded in 1611 by Robert Chilcot, a friend of Blundell.

Since 1819 Tiverton has been known for its lace-making industry, a legacy that owes everything to one man. That man was John Heathcoat, an industrialist from Loughborough. When Luddites destroyed his lacemaking machinery he packed up his operations and moved to Tiverton. Heathcoat's lace factory proved to be a turning point in Tiverton's history, and Tiverton became a centre for industry in the 19th century. 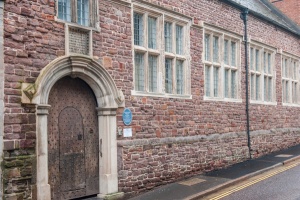 Heathcoat's descendants built the elegant mansion of Knightshayes Court on a hill overlooking the lace factory. Knightshayes was designed by William Burges, but the architect and his patron, John Heathcoat-Amory, fell out over style and cost, and the building was finished by John Crace.

It is a wonderful example of a mid-Victorian mansion, set in lush gardens and parkland. Knightshayes is now owned by the National Trust, and the interiors have been restored to reflect as much of Burges' original designs as possible, including bringing in furniture designed by Burges from other properties.

In the centre of town is Tiverton Castle, built by Henry I in 1109, and added to during the Middle Ages. Today it is a romantic combination of house and historic ruin, complete with a ghost legend. The castle began as a traditional Norman motte surrounded by a bailey, or enclosure, but was extensively remodelled in the 13th and 14th centuries.

The castle was bombarded by Parliamentary troops in the Civil War, when a lucky cannon shot hit the drawbridge chain. The bridge fell, and a group of Parliamentary soldiers were able to enter the castle and defeat the garrison before the siege had really begun.

The medieval defences were destroyed so the castle could not be used for military purposes. After the Civil War what was left of the castle was converted into a country house by the West family. Today it is a fascinating mix of medieval ruins and 17th-century house, with a wealth of historic furnishings.

A short walk from the castle is the 15th-century church of St Peter, decorated with superb carvings on the exterior walls, and even finer carvings within. The highlight of St Peter's is the 1517 Greenway Chapel, boasting perhaps the finest carved details in an English parish church. Look for the mayor's pew, decorated with carved figures of a lion and a unicorn, and the 1696 organ, used for the very first performance of Mendelssohn's 'Wedding March' in 1847. 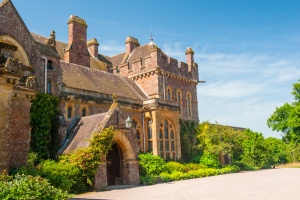 If St Peter's is a medieval gem, the 'other' historic church in Tiverton, St George's, is a neo-classical delight. St George's was built in 1714 by architect John James, a colleague of Nicholas Hawksmoor.

The interior is panelled, with Corinthian pilasters adding a dash of elegance to 18th-century galleries. Perhaps the finest memorial is to Henry Blagdon, who died in 1746. St George's has been called the finest 18th-century church in Devon, and is listed Grade I for its heritage value.

On Market Square is the historic Pannier Market, which gets its name from the French word for baskets, which were used to carry produce to market. The market has been in operation for almost 2 centuries and is housed in an early 19th-century building with its own clock tower. The tower is said to be haunted by the ghost of a former 'toby' or market manager.

Housed in a former National School, the museum is one of the largest in the West Country, with a wealth of exhibits on the history of the region. Perhaps the most popular exhibit is the steam locomotive 'Tivvy Bumper', housed in a specially built gallery with other historic transport vehicles including a Mini car, cycles, and road-signalling equipment. There is a huge display of agricultural implements and a lace-making frame designed by John Heathcoat. Outside the museum entrance is a restored waterwheel from a local mill.

A nostalgic way to enjoy the Tiverton area is to take a horse-drawn barge trip along the Grand Western Canal. Guides in traditional costumes entertain voyages with stories of the historic canal.

Overlooking the town from the summit of Exeter Hill is Cranmore Castle, an Iron Age earthwork. The name of the castle may refer to Thomas Cranmer, Archbishop at the outbreak of the Prayer Book Rebellion in 1549. During the rebellion, a curious incident took place at Cranmore Castle when a battle broke over what form of religious ceremony a newborn child should be baptised under. 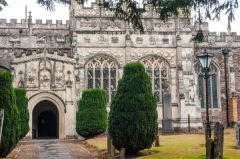 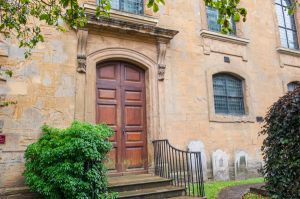 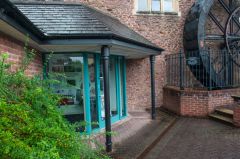 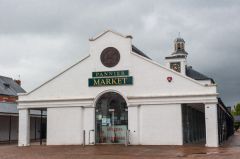 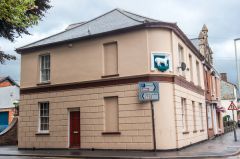 More self catering near Tiverton >>

More bed and breakfasts near Tiverton >>

This detached cottage is in the town of Tiverton near to Bickleigh and can sleep six people in three bedrooms.
Sleeps 6 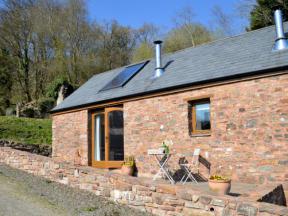 This property enjoys a wonderfully tranquil rural location within twenty-four acres of land in the scenic woodland of the Exe Valley. The historic charter town of Bampton is just three …
Sleeps 2