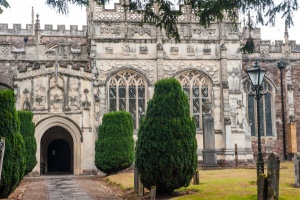 There was probably a church on this hilltop overlooking the River Exe in late Saxon times, but the first stone church was erected shortly after the Norman Conquest and was consecrated in 1073.

Very little remains from that Norman building and the church we see today is almost entirely the result of a 15th-century rebuilding, with tall Perpendicular windows making the interior of this large building seem spacious and light. The tower and chancel are 15th century, while the south aisle and Greenway Chapel date to the 16th century.

This deliciously ornate Elizabethan chapel contains some of the finest carvings of any parish church in England; the detail just has to be seen to be believed. Sir John Greenway was the wealthiest merchant in Tiverton, an important member of the Draper's Company, with trading interests in King's Lynn and London.

It is thought that he retired to Tiverton, where he founded almshouses on Gold Street. In 1517 he funded the exquisitely carved south porch and a new south chapel. Greenway was at pains to let the world know who paid for the new additions to St Peter, for over the inner doorway of the porch is a carving of the Assumption showing Greenway and his wife Joan in a suitably pious pose, with the inscription I.G.

Within the porch is an incredibly detailed doorway directly into the chapel, adorned with Renaissance pilasters with arabesques and blind tracery patterns. In a word, it is stunning. 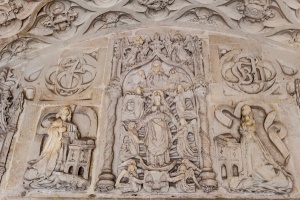 The exterior of the porch and chapel are adorned with very detailed carvings of ships and nautical symbols, a reference to the source of Greenway's wealth. Inside, the Greenway Chapel is separated from the south aisle by a low screen made of Beer stone. The chapel ceiling is a symphony of pendants and mock-vaulting designs.

Two memorial brasses are all that remain of the Greenway family tombs. English Heritage describes the Greenway Chapel as 'a tour de force of late Perpendicular decoration', and I'd agree; it is jaw-dropping.

Further along the south aisle is a mayor's pew, flanked with painted plaster figures of a lion and a unicorn. Nearby is a beautifully gilded candelabrum dated to 1707. On either side of the sanctuary are table tombs, one to George Slee (d. 1613) and the other to John Waldron (d. 1579). Slee founded almshouses a short stroll from the church down St Peter Street. Waldron also founded almshouses, on Wellbrook Street. in the chancel is a painted tablet to Roger Giffard, owner of Tiverton Castle (d. 1603). 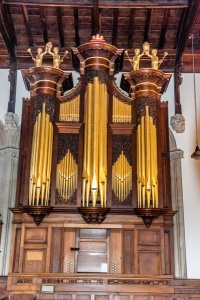 One of the historic highlights inside St Peter's is an organ built in 1696 by Christian and Bernard Schmidt (or Smith). This massive instrument is beautifully carved, and was rebuilt in 1867. Look for the carved cherubs near the base of the organ pipes. Some of the organ carvings are attributed to Grinling Gibbons or his studio. The organ was used for the first performance of Mendelssohn's 'Wedding March' in 1847.

It astounds me that this wonderful church is not better known. Though Pevsner lavished praise on it, Betjeman omitted it from his 'Best British Churches' and there seems to be very little in the way of historical information online. And that's a real shame, for this is one of the most enjoyable historic churches to visit in the south west of England.

Though the interior furnishings are interesting rather than overwhelming, the Greenway Chapel alone is worth a special trip to see. Especially if you enjoy Elizabethan architecture and art you really should not miss this church! 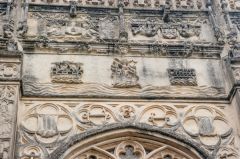 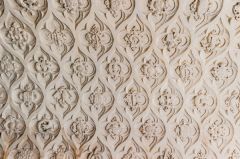 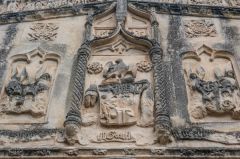 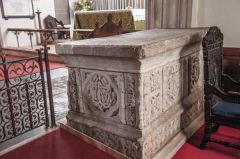 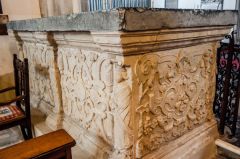 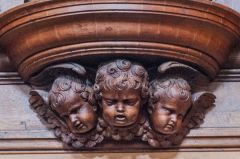 More self catering near Tiverton

More bed and breakfasts near Tiverton

Self Catering near Tiverton