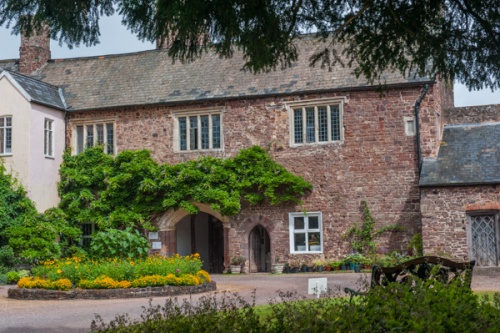 Tiverton Castle
Tiverton Castle offers a remarkable range of architecture spanning 900 years of history, from medieval to modern, perched on a high cliff above the River Exe. The castle was built on the orders of Henry I in 1106, and later besieged during the Civil War. Very hands-on and accessible; try on Civil War armour, or feel the weight of a cannonball. Within the old castle walls are beautiful walled gardens, a kitchen garden, woodlands, and an orchard. 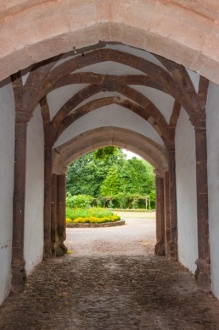 Before the Norman Conquest, the manor of Tiverton was held by Princess Gytha, mother of King Harold. As a royal estate, it passed to William the Conqueror after the Battle of Hastings in 1066. When Henry I created Richard de Redvers the Earl of Devon shortly after 1100, the gift came with a proviso; the new Earl was required to build a castle to guard an important river crossing on the Exe and provide a garrison to man the castle.

The first castle was completed around 1106. It was fairly rudimentary, but during the 14th century, the fortifications were extended to their present form, with four sturdy towers around a loosely rectangular courtyard. The courtyard is approached through a strong gatehouse on the east side, facing Park Hill road. At the opposite side of the courtyard stood a residential block, though this is not largely a romantic ruin.

Persistent rumours suggest that a network of underground tunnels run from the residential block to the town below. Below the residential block, the hill falls away steeply down a wooded gorge to the river far below. On the left (south and east of the courtyard) are surviving Elizabethan and medieval buildings, while to the right (north) is an 18th-century residence melded with earlier 16th and 17th-century rooms. 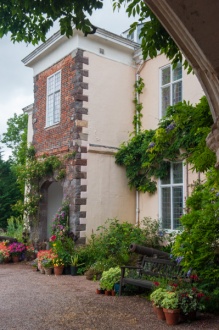 The Redvers family owned Tiverton Castle until 1262, when the male line ended and it passed through Isabel, Countess of Devon, to Hugh de Courtenay, her cousin. The Courtenays were to be associated with Tiverton for the next 3 centuries. Hugh Courtenay was retrospectively created the Earl of Devon in 1335, and it is probably to the Earl that we owe the current structure of the fortifications.

The inner courtyard was enclosed in a strong curtain wall, and corner towers added. The Courtenays lost Tiverton during the tumult of the Wars of the Roses, but Henry VII restored their estates after the Battle Bosworth in 1485.

In 1495 William Courtenay of Tiverton married Catherine Plantagenet, daughter of Edward IV. Though the princess seems to have been happy at Tiverton, she was not so fortunate in her personal life; her son Henry was initially a great favourite of Henry VIII, who made him Marquis of Exeter and named him his heir. But Henry's favours were nothing if not fickle, and the Marquis was beheaded by Henry VIII.

Catherine's grandson, Edward, was sent to the Tower of London, where he languished for 14 years. Queen Mary freed him after she came to the throne. She even, it is said, suggested a possible marriage, but the foolish Edward showed his preference for Mary's sister, the future Elizabeth I.

He was again sent to the Tower, then when he was finally released, sent into exile in Padua, where he died of fever (or, it was whispered, of poison). The Courtenay hold on Tiverton was lost, and the estates were divided among the descendent's of his four great-aunts. 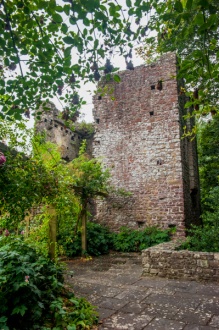 Ruins of the medieval
residential block

Late in the 16th century, the castle was leased to Roger Giffard. Giffard fortunately (or astutely) married three wealthy widows in succession, and with their money he restored the castle, making a more comfortable residence out of the medieval buildings inside the curtain walls. Giffard left his mark over a doorway near the gatehouse, where you can see carved 'R 1588 G XXVI VII'.

When the Civil War broke out the Giffards supported the Royalist cause, though the town supported Parliament. In October 1645 Parliamentary troops under Sir Thomas Fairfax besieged the castle. A lucky cannon shot hit the chain holding a drawbridge up, and the bridge crashed open.

Parliamentary troops rushed through the gap, chasing Royalist soldiers into the castle and the nearby church. General Fairfax spared their lives, but we know that at least one life was lost; an unfortunate nurse was in the round tower, a child in her arms, when a cannonball struck the tower. Though the nurse was killed instantly, the child was miraculously unhurt.

Rumour suggests that some of the garrison escaped via underground tunnels to the nearby Red Lion pub. The story of the siege is told in a contemporary broadsheet in a display case in the Captain of the Guard's room. The broadsheet - a 17th century equivalent of a newspaper - is entitled 'The Taking of Tiverton Castle'.

After the Civil War, the castle was rented by a wealthy merchant named Peter West, who built a comfortable new residence inside the courtyard. From West the castle passed by marriage into the Carew family. 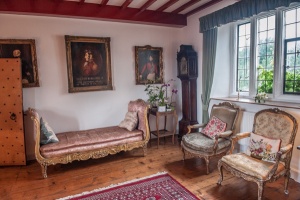 In 1960 it was purchased by Mr and Mrs Ivar Campbell, who have gradually restored the fortifications and residential buildings. They have created a wonderful walled garden from the medieval ruins by the river gorge, with a flower-bedecked arbour beside the castle walls. From the walls you can see the remains of a medieval garderobe, originally cleaned out by small children.

The interior of the house is filled with memorabilia from the Civil war siege and the history of Tiverton. There is also a small collection of Napoleonic items, courtesy of a former owner who served on St Helena, where Napoleon spent his final years in captivity. One remarkable item is a death mask made immediately after the Emperor's death in 1827.

The castle interiors are comfortable rather than opulent; it has very much the feel of a family home, with lovely period furniture, much of it from the 16th and 17th centuries.

As befits a castle so ancient, several tragic tales are attached to Tiverton. One is the story of Alice Spencer, daughter of the castle governor, Sir Hugh. Hugh Spencer wanted his daughter to marry Sir Charles Trevor, a wealthy man, but much older than Alice. The castle manager was a young man named Maurice Fortescue, who secretly loved Alice.

One day Fortescue's dog damaged Sir Charles's hat and the angry lord drew his sword and ran the dog through. The impetuous Fortescue punched Trevor, knocking him down. In a rage, Sir Charles challenged the youth to a duel.

Realising that he would likely lose the duel, Maurice confessed his love to Alice and said his goodbyes. Alice, perhaps to the young man's surprise, replied, 'Maurice Fortescue, if in the duel with this wicked man you fall, the heart of Alice Spencer dies with you'.

The combatants met in the woods by the river, and predictably the experienced swordsman, Sir Charles, prevailed, wounding his opponent and casting his body into the rushing river to drown. Alice, who had been watching the tragedy unfold from a tower window, rushed to the river bank and cast herself in, trying vainly to rescue Maurice. Both the young people drowned, and the story goes that whenever the Exe is in flood the ghosts of Alice, Maurice, and his hound can be seen walking in the woods below the castle.

Another tragic tale, related in a placard on the staircase inside the castle, relates the tale of a young 18th-century bride who was playing a game of hide and seek with her wedding guests on the day of the marriage. She hid in a chest, but the chest locked from the outside, and no one could hear her cries for help. The guests assumed she had run away rather than be married, and it was not until much later when the trunk was opened and her body was discovered. 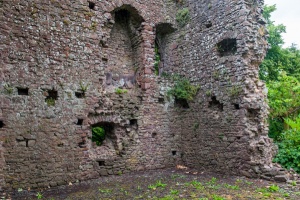 Ruins of the medieval tower 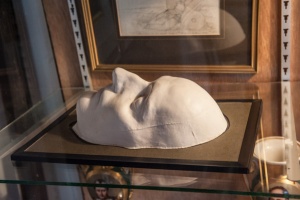 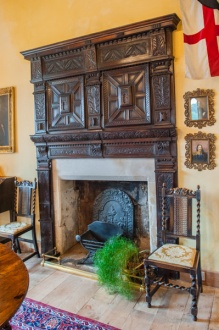 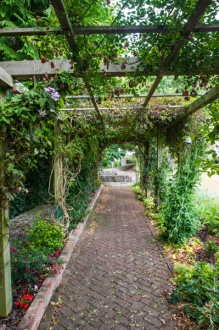 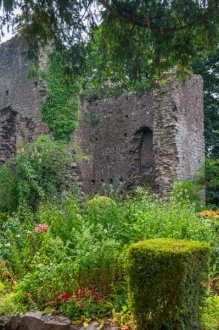 More self catering near Tiverton Castle >> 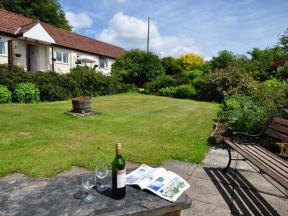 This property enjoys a tranquil rural location in the midst of the Devonshire countryside. Two miles from the property is the village of Bampton which offers an array of handy …
Sleeps 5

This detached cottage is in the town of Tiverton near to Bickleigh and can sleep six people in three bedrooms.
Sleeps 6