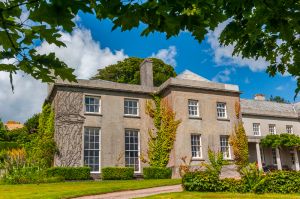 Fursdon House is a 17th-century country house, enlarged and refurbished in the Regency period. It has been the home of the Fursdon family since the 13th century and is a bit of an unknown treasure in the countryside of Devon.

The Fursdon family has lived here in an unbroken line dating back over 750 years, which must surely make Fursdon one of the oldest continuously inhabited family houses in Britain. The estate dates to Walter de Fursdon, who settled here in 1259.

Cadbury Castle is an ancient hillfort on the Fursdon Estates, accessible by footpath from the house or from Cadbury village. An old tale tells that the legendary Dragon of Cadbury Castle guards the estate and protects members of the Fursdon family in time of need. The dragon flies along the Exe valley between Cadbury Castle, where it guards a treasure, and Dolbury Hill near Killerton.

Perhaps the dragon's protection explains how the family have managed to retain the estate for so many years! Cadbury Castle is also reputed to be the location of King Arthur's Camelot, and the legendary king is said to lie asleep in a cave within the hill,

The first known house at Fursdon was a simple three-room cross-passage cottage, which became a hall house in the medieval period. The current house was built in the 1730s. To that Georgian house, a collonaded front was added in 1815. The interior features a family costume collection dating back to the 18th century. 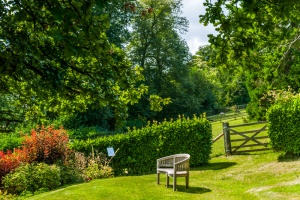 A quiet seat in the Western Garden

Fursdon stands in attractive parkland with a small formal garden area near the house. Visits of the house are by guided tour only and will show family portraits, antique and modern furniture, and a museum with exhibits covering Fursdon's long and varied history.

The house and grounds are usually open twice a week during spring and summer. Access to the house is available only by guided tour. You do not have to pre-book, just show up on an open day.

We arrived a little early for the first tour of the afternoon and had a chance to wander around the gardens beside and behind the house. These include the Fox Garden, bounded by a stone wall and featuring a thatched roundhouse. Below the Fox Garden is a small terrace with a sundial and pavilion for relaxing in shady comfort.

Further from the house is the Western Garden - a mix of lawn and fine trees - and a trail leading down a sloping hillside to the Meadow Garden, punctuated with a lovely small pond. The Meadow Garden was designed as a memorial to Harriet Fursdon, who died in 1821.

When our tour was ready to start we joined our guide in front of the house, where she gave us a short history of the family and how the house has changed over the centuries. She pointed out one feature I had missed when looking at the Georgian front facade of Fursdon; one of the two doors you see is false, a fake inserted to give the impression of the symmetry so beloved by the Georgians.

Inside the first major room was the hall, where we could see exposed medieval timbers from the old cross-passage house. The timbers and panelling were probably inserted between 1450-1500. It was fascinating seeing the contrast between the elegant Georgian furnishings and the older medieval timbers. 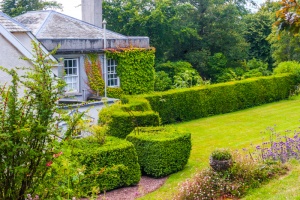 The terrace garden behind the house

Another highlight was the library, finished with wooden panelling and featuring a sprung floor for dancing. The bookcases in the library were cleverly set almost flush with the walls so they did not get in the way when the room was used for dances.

One of the most interesting areas of the house is the staircase hall, lined with family portraits and featuring a modern carpet incorporating colours and designs from costumes worn by generations Fursdons in the portraits. It is fascinating to see the carpet echoing designs in the old family portraits.

One of the portraits depicts George Fursdon, who fought for the king in the English Civil War. During a skirmish at Lyme, George was killed and his body was brought back to Fursdon, followed by a Parliamentary army under Sir Thomas Fairfax. The Parliamentary army camped on Cadbury Hill but left shortly after. Local legend says that the Cadbury Dragon scared them away, though the foul weather may also have played a part!

Another of the portraits was of Nicholas Fursdon, 17th-century heir to the Fursdon estates. Nicholas was a rake in his younger days and ran up enormous debts. He was finally imprisoned in a debtors gaol in Stoke Canon and had to write to his mother, pleading for help. His mother paid his debts, and it seemed that the experience of gaol turned Nicholas into a reformed character, and he gave up his profligate lifestyle.

Our guide drew our attention to one particular portrait of an attractive young woman in Georgian dress. A fascinating story clings to this innocuous work of art. The pretty young woman, the heiress to the Fursdon estate, never married, though she had numerous suitors. Family legend says that one suitor asked her to marry him. When she rejected his offer he stormed down the stairs. On seeing the portrait he drew his pistol and shot the likeness of his unattainable love.

Was the dramatic tale just an invention? Apparently not, for when the portrait was sent to be cleaned recently the restorer discovered signs of a repaired hole made by a pistol ball. The damage had been hidden under paint for two centuries. It certainly brings the family history to life!

The final stop on our tour was a fascinating museum full of objects collected by family members over the centuries. Part of the museum is housed in a former brewery where the family brewed ale. One of the most fascinating exhibits includes letters sent home from the trenches by Ellsworth Fursdon, who fought with the 9th Regiment of Foot in WWI.

Fursdon is a fascinating historic house, in a delicious rural setting. It is not an opulent treasure house, but an attractive family home, full of historic interest. It is well worth a visit. 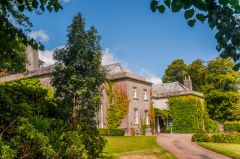 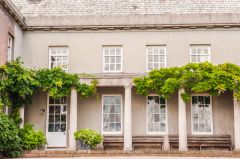 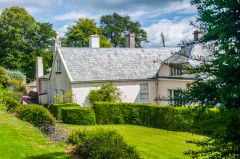 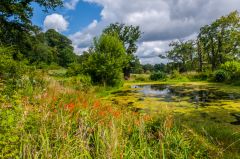 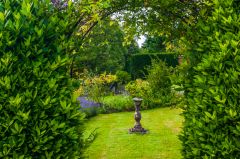 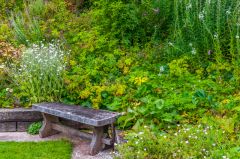 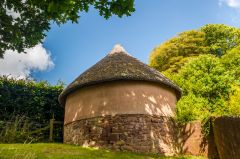 More self catering near Fursdon >>

More bed and breakfasts near Fursdon >>