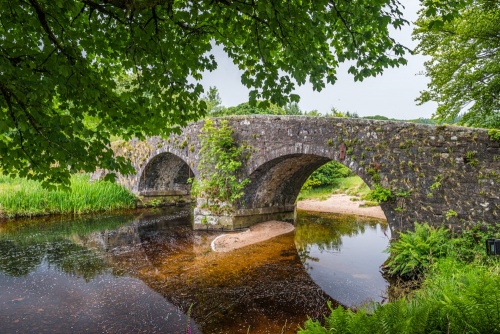 The Victorian bridge at Two Bridges
Two Bridges is a small Dartmoor hamlet at the confluence of the West Dart and Cowsick rivers. There is not much to see at Two Bridges itself beyond a popular hotel and pub, but the village is well located for exploring some of Dartmoor's best walks.

The village stands on the 18th-century turnpike road across Dartmoor (now the B3212). The name comes from the fact that the road formerly crossed the Coswick and West Dart with two separate bridges. The pair of bridges were destroyed in the 19th century and a single bridge was built across the West Dart, downstream of the junction. 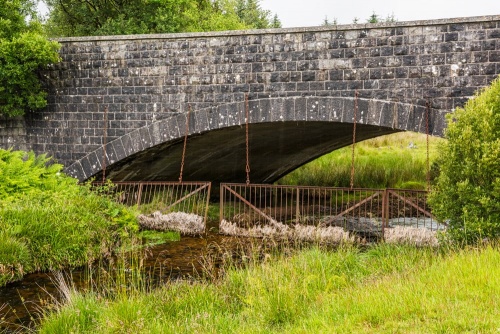 The Victorian 'old bridge' has since been joined by a 'new bridge' to take modern vehicle traffic. Visitors often understandably assume that the two bridges they can see here are the two that gave the village its name, but now you know better!

The village was known in the 18th century for its potato market, with farmers travelling from across Dartmoor. The location made sense for a market, for the B3212 is the only road over the moors. In 1794 the Saracen's Head pub was built as a coaching inn, offering rest and refreshment to turnpike traffic. The Saracen's Head is now the Two Bridges Hotel. 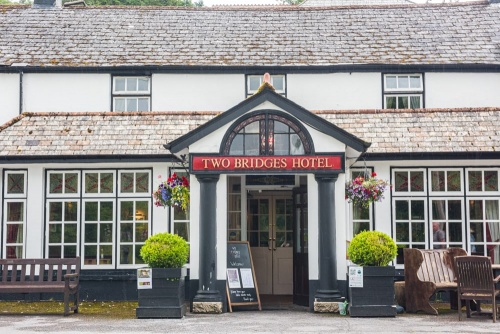 A short stroll from the small parking area at Two Bridges brings you to Wistman's Wood, a nature reserve noted for its tangle of gnarled and twisted oak trees. 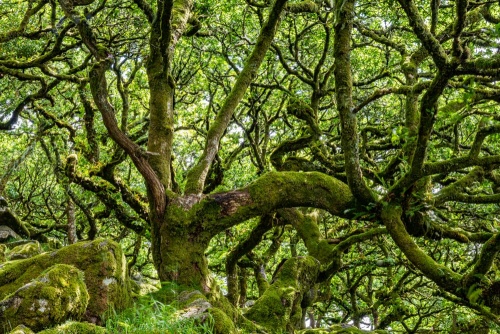 More self catering near Two Bridges >>