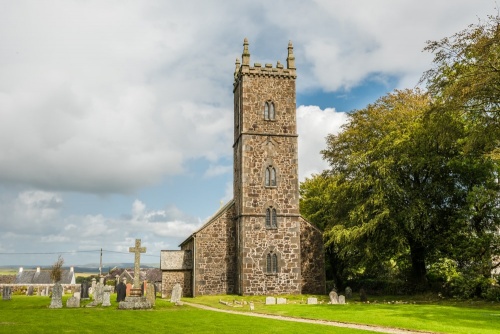 The church of St Michael and All Angels in Princetown holds the dubious distinction of being the only church in England to be built by prisoners of war (see also the Italian Chapel in Orkney, built by Italian POWs during WWII).

The church was built to serve the settlement that grew up around Dartmoor Prison. The idea of a prison on Dartmoor was first mooted by Sir Thomas Tyrwhitt in 1805. Tyrwhitt was the secretary to the Prince of Wales (later George IV) who owned the Forest of Dartmoor in his role as Duke of Cornwall. Tyrwhitt leased a large parcel of moorland from the Prince in 1785, built an estate at Tor Royal, and set about improving the local economy (and his own prosperity).

French prisoners captured during the Napoleonic War were initially held on six prison hulks in Plymouth harbour, but the number of prisoners quickly outgrew the space available. 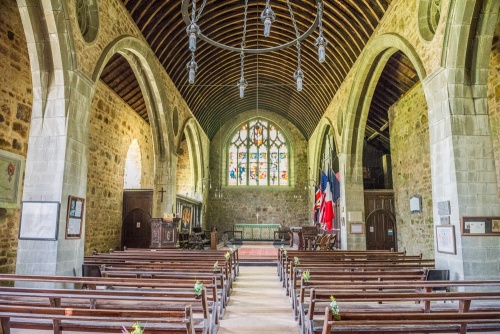 Tyrwhitt saw an opportunity. His idea was to build a prison to house Napoleonic War prisoners in a location so desolate that it would be absurd to even contemplate escape, yet close enough to Plymouth that troops could quickly march in if there was trouble. And it happened to be on his land.

The first American prisoners arrived in the following year. Until then they were held aboard prison ships moored in Plymouth, just like their French predecessors. When the prisoners rioted, the British government decided to move them to Dartmoor, 17 miles inland. The prisoners were marched to windswept Dartmoor in groups of 250 men. But they were not simply brought to Princetown to rot in gaol, but also to work. 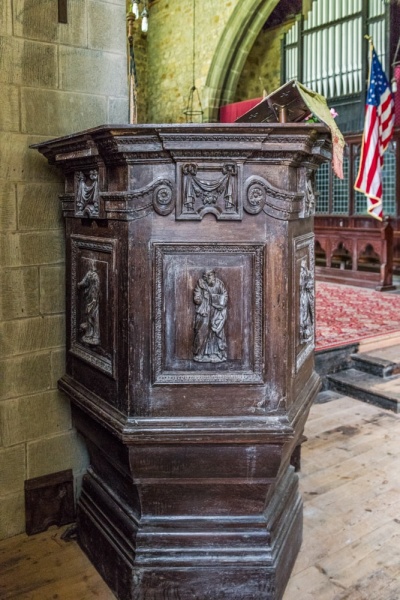 St Michael's was built between 1812-15 using prisoners from the American and French campaigns being held at Dartmoor Prison. French Napoleonic War prisoners began the building, which was finished by American POWs after the French left in May 1814. The prisoners were paid 6d per day for their labour, but the money was forfeited if they tried to escape.

When the last POW left Dartmoor Prison in 1816 the church was closed. In 1831 it was reopened and re-consecrated. It remained in service until 1992. St Michael's is now in the care of the Churches Conservation Trust and is no longer used for regular worship.

The building is extremely plain, built of local granite, with a pinnacled three-storey west tower. The plan was to create a church in the 'plainest and most economical style possible'. The original design was drawn up by John Walters, who envisaged a simple rectangular building with a bell turret at the west end. Walters' plans were revised to add a tower and galleries.

The first service took place on January 1814, before the roof or walls had been finished. Church records show how harsh life was for the local inhabitants; in the first year there were five burials. Of these, five were children under the age of five.

The War Prison closed in the following year, so many of the military personnel and their families who had made up the congregation left the Princetown area. The church was closed for a time, but there was a new influx of people settling in Princetown when the former War Prison reopened as Dartmoor Prison in 1850. 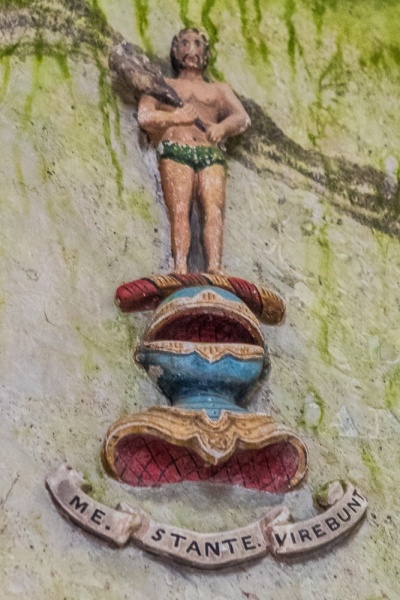 The church was damaged by fire in 1868 and restoration took eight years, under the direction of RM Fulford. The east end was extended in 1908 by EH Sedding. Sedding also lowered the walls and installed a new roof inside the shell of the original 19th-century building. Sedding added the unusual almond-shaped internal windows with open tracery.

Against the west wall is the 19th-century altar table in Gothic style. It was replaced by the present altar in the 20th century. The nave pews date from RM Fulford's restoration. They replaced the original Regency seating which included high-backed box pews for officers and their families.

On the north wall is a large stone monument to Sir Thomas Tyrwhitt, who founded Princetown, the church and the prison. The inscription reads, 'His name and memory are inseparable from all the great work on Dartmoor and cannot cease to be honoured in this district'. 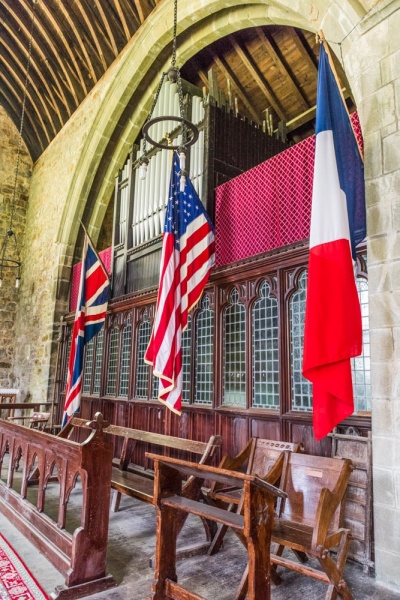 American, French and British flags in the chancel

The richly carved late 18th-century pulpit was brought here from St Sidwell's Church in Exeter when that church was rebuilt in 1814. It is carved with depictions of the Four Evangelists.

The chancel furnishings date to RM Fulford's restoration in the 1870s. The stained glass window at the east end was installed in 1910 to commemorate the role of American prisoners in building the church. It was a gift of the National Society of the United States Daughters of 1812.

The role of American and French prisoners in Princetown's history is emphasised by the large flags that hang on the south side of the chancel, by the organ. It is estimated that around 271 American prisoners died in captivity at Dartmoor, many from smallpox and pneumonia brought about by the harsh, damp conditions. The French and American flags are joined by a British flag, donated by the HMS Brilliant, which served in the Falklands conflict.

Perhaps the most interesting memorial is on the south aisle wall. It commemorates three soldiers of the 7th Royal Fusiliers who died in a snowstorm on the moor while 'braving the danger in preference to disobeying orders'. If one can read between the lines it sounds like the three men obeyed an order instead of using their common sense, and perished as a result. 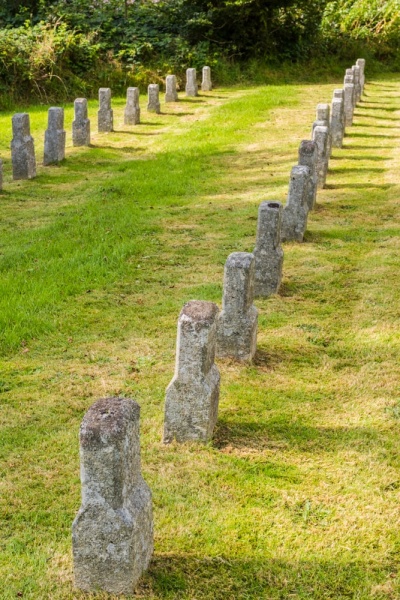 Prisoners' graves in the churchyard

The close connection between the church and the prison is emphasised in the churchyard, where you will find roughly 1200 graves, 600 of local inhabitants and 600 of prisoners. The prisoners' gravestones are arranged in long, neat rows to the north-west of the tower, across the churchyard path.

The church is very easy to find. It stands on Tavistock Road, just west of the tourist information centre. There is parking along the roadside, and the church is usually open daylight hours. 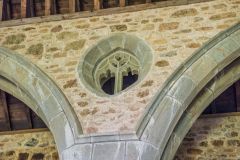 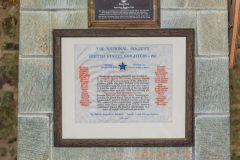 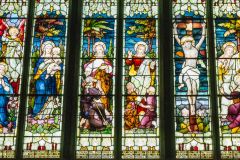 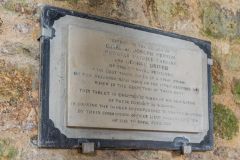