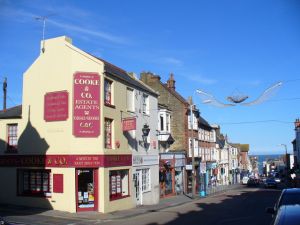 A seaside town on the Isle of Thanet, in northeastern Kent, Broadstairs was settled as early as the Roman occupation. The village was initially a fishing port, but later became prosperous a centre of shipbuilding.

As early as the Saxon period a shrine stood atop the cliffs overlooking the wide bay. The site was known as Bradstow, meaning a wide place. In the 14th century, a small fishing community grew up at the base of the cliffs. It was called Broadstairs after a set of steps leading up the cliffs to the shrine. From this small fishing village, the modern town of Broadstairs developed.

When sailing past the shrine, ships would dip their topsails as a mark of respect. The shrine and chapel are the oldest buildings in Broadstairs and stand near the harbour on Albion Street, at its junction with Alexandra Road.

The 16th century York Gate was part of defences erected to protect the shipyards at Broadstairs. You can still see the wishing well on Harbour Street that was used by 18th-century smugglers to hide their illegal goods from customs officers.

The town has strong connections with author Charles Dickens, who was a regular visitor, and there is an annual Dickens festival.

On Victoria Parade is the Dickens House Museum. Despite the name, the author did not reside here during his time in Broadstairs; it was the residence of Miss Mary Pearson Strong, used by Dickens as the model for Miss Betsey Trotwood in his novel David Copperfield. The museum traces the life and career of the writer and his strong links to Broadstairs.

Rising above the harbour is the bulk of Bleak House, renamed because its owner believed it to be the one used by Dickens in his tale of the same name. Whether or not it truly is the house that inspired Dickens is a matter for debate, but the owner believed it was so, so he renamed the house! It now operates as a guest house, with the added attraction of a smuggling museum and 'Dickens' Study'.

Located in a flint tower beside Broadstairs rail station, this small museum looks at the life and career of Thomas Crampton, a designer of railroads, locomotives, water works, and underground telegraph cables. It was Crampton who designed the first underwater telegraph cable across the English Channel. The tower itself served as part of the town's first water supply. One of the prize displays is an original 1860s Broadstairs stage coach. 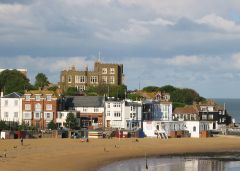 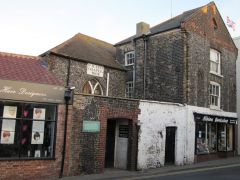 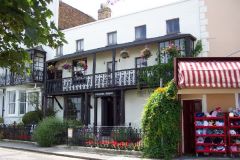 More self catering near Broadstairs >>

More bed and breakfasts near Broadstairs >> 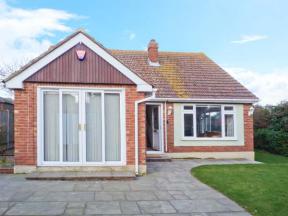 This is a fabulous, detached property located close to the heart of Broadstairs and within a minute walk of Stone Bay, and can sleep eight people in four bedrooms.
Sleeps 8 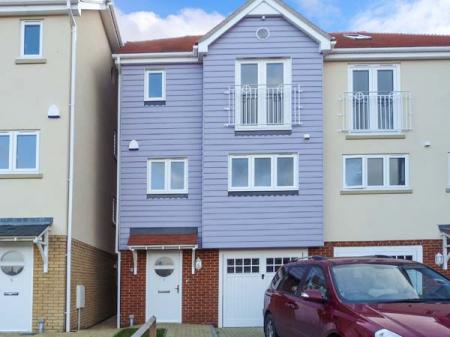 This modern semi-detached weatherboard town house is situated in the coastal town of Broadstairs and can sleep ten people in four bedrooms.
Sleeps 10