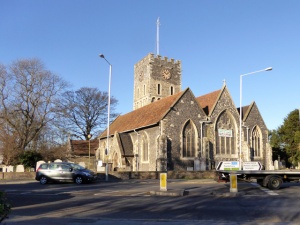 Set well back from the harbour, at the upper end of High Street, lies St Laurence, the 'old' parish church of Ramsgate. Like most of the medieval churches in Thanet, St Laurence was founded as a chapel of ease to Minster Abbey. The church was probably founded shortly before the Norman Conquest, around 1062, making it the oldest building in Thanet apart from the Abbey itself.

The earliest parts of the church are built of Caen stone, favoured by Norman masons. Late additions are in local flint. The original church was quite simple, consisting of just a nave and tower, but this expanded in the 12th and 13th centuries to include a chancel and side aisles. In 1439 the tower was struck by lightning and had to be rebuilt. Curiously, the townsfolk raised the tower, making it even likely to be hit by lightning, but thankfully nothing so unsettling occurred!

The interior architecture is a mix of Norman, Early English and Victorian style. The nave arcade has Norman arches around the central tower, supported on large Norman pillars. Some of the capitals are carved with small devil's heads.

One of more peculiar stories associated with St Laurence is the strange tale of the Sprakeling family. Adam Sprakeling murdered his wife, and she was buried in the chancel under a tablet. When Adam died he was refused burial in the church as a convicted killer.

However, local legend suggests that his friends smuggled his body into the church and buried him secretly. Later renovations on the tower uncovered a body under the floor, with no tablet to suggest an identity. Was it the missing murderer?

Archbishop Thomas Cranmer preached here in 1536, but the most famous visitor was undoubtedly Queen Victoria who worshipped at St Laurence when staying in Ramsgate as a child. The east window, with stained glass depicting St Augustine's arrival in Kent, was inserted in memory of Queen Victoria's connection with the church.

The church clock was also installed to mark the queen's Diamond Jubilee in 1897. The medieval font was found in a church on Romney Marsh, restored and brought to Ramsgate in 2005. 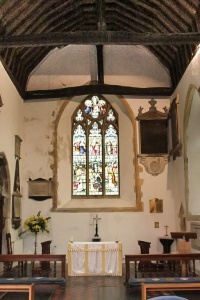 There is just as much historic interest outside the church as inside; the churchyard extends to three and a half acres and contains over 1400 graves dating back as far as 1656.

Among the most important memorials in the churchyard is the grave of Sir William Garrow (1760 - 1840), a prominent lawyer, barrister and politician, whose life was the subject of the BBC TV series 'Garrow's Law'. Garrow was responsible for the essential legal premise that an accused person is innocent until proven guilty.

Also in the churchyard is a memorial to John Collis Browne (1819-1884). Browne was a physician who invented chlorodyne as a treatment for cholera. His 'miracle' cure was so popular it began to be used for everything from colds to whooping cough, neuralgia to rheumatism.

One of the most interesting memorials is the D'Este Mausoleum, built by Augustus Frederick Murray for his mother, Lady Augusta Murray. Lady Augusta married the sixth son of George III in 1793. Her husband was named Duke of Sussex and was a favourite uncle of Queen Victoria.

Within the mausoleum are Lady Augusta, her parents (the Earl and Countess of Dunmore), her son, her daughter and son-in-law (Baron Truro). Several local roads are named for the family, including D'Este Road, and, most famously, Augusta Steps.

In addition to these memorials, there are several mass graves within the churchyard, dating from the Napoleonic Wars when Ramsgate was a busy port and the town was filled with soldiers and sailors. 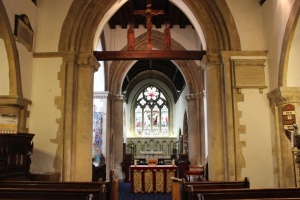 Looking towards the east window 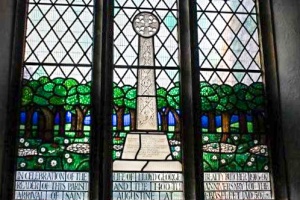 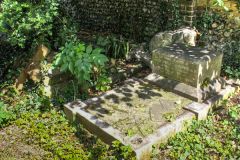 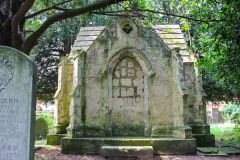 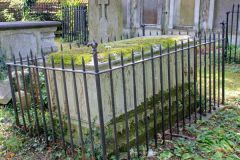 Self Catering near Ramsgate