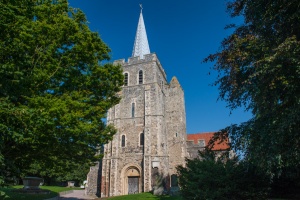 The history of Minster church is entwined with that of Minster Abbey. The abbey was founded in 670AD when Ermenburga of Mercia accepted a gift of land from Egbert of Kent as weregild for the murder of her younger brothers at the king's court, so that she could found a nunnery on the Isle of Thanet.

According to legend, the boundary of the land granted to Ermenburga was determined by the course her pet deer took when released to wander on its own. With the addition of later grants of land, the estates of Minster Abbey encompassed about half of Thanet.

The abbey was ransacked by the Danes and abandoned for a time before it was refounded by the monks of Canterbury, who rebuilt the Saxon timber buildings in stone. Throughout this early part of the abbey's history the monastic church served both the nuns and the townsfolk as a parish church. For a more detailed history of Minster Abbey see our article on the abbey.

There is some confusion over what part of the church is the oldest; the nave dates to 1150, and the chancel may be slightly earlier. The tower is said to be Saxon; it certainly has old stonework and a very odd turret stair, but the material is Caen stone which only truly became popular after the Norman Conquest.

So it may not be as old as it appears at first glance. The turret may have simply been a shipping lookout, for in the Middle Ages Minster had a busy port and the Wentsum Channel lapped at the base of the churchyard wall. The tower and the nave walls also contain Roman bricks. 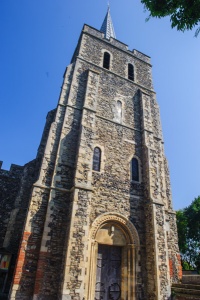 But that's nitpicking; the church is very obviously of ancient origin and even more obviously an impressive example of medieval architecture, with features covering every century since the Norman invasion - and probably before.

We've already mentioned the 12th-century nave, which has remained almost unaltered since it was built. The north aisle pillars have capitals decorated with foliage carvings, while in the aisle is a wall monument to Thomas Paramore.

At the north end of the aisle is the Thorne Chapel, with the 13th-century tomb of Aedile de Thorne. Look up at the lancet windows and you will see a stained-glass depiction of a stag, the symbol of Thanet after the story of Ermenburga's deer.

The chancel is a true highlight; one of the finest of any parish churches in Kent. It is primarily in Early English style, with a much later Victorian east window by Thomas Willement, the “Father of Victorian Stained Glass”. 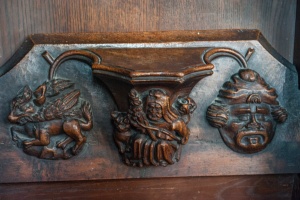 Misericord of an old woman with
a distaff. On the left is a fox
carrying away a fowl

But the real highlights in the chancel are the wonderful medieval misericords that decorate the choir stalls. The early 15th century stalls feature no fewer than 18 carved misericords. These 'mercy seats' were used to provide a comfortable place for monks to rest during long services.

There are 18 misericords here, probably carved in 1410, and they cover an array of subjects including a cook with a ladle, an angel playing a stringed instrument, a serpent eating its own tail, a king, dragons, lions, and other strange beasts.

Perhaps the strangest, a certainly the one that tells us most about medieval society, is a depiction of a 'scold's bridle'; a woman with a bit in her mouth intended to stop her from speaking. Together these make up one of the finest collection of misericords in the south-east of England. 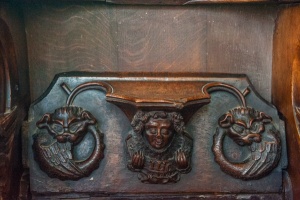 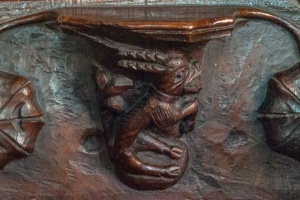 A hart wearing a halter 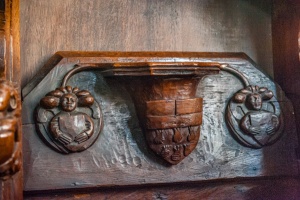 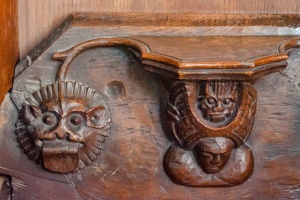 Woman and demon (right), with lion 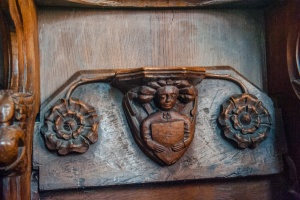 There are several interesting bits and bobs in the south aisle, including a cover of a wooden chained Bible in a glass display case. At the west end is a 12th century Norman font near an ancient iron-bound muniment chest, unusually made of fir with a lid of elm.

Spare a glance for the list of vicars by the door. I seldom pay these long lists much attention, but in this case there are several interesting characters among the incumbents at Minster. One was Seth Travis (1547), the first appointment made by the Archbishop of Canterbury after the Dissolution of the Monastery.

Richard Clerk (1597) was one of those learned scholars named by James I to hammer out the details of the King James Bible. Then there is Meric Casaubon (1634) who was deposed by Parliament in 1644 for his Royalist sympathies.

In 1652 Cromwell asked him to write a history of the war, setting down impartially 'nothing but matters of fact'. He declined. When Charles II came to the throne at the Restoration, Casaubon was reinstated as vicar of Minster. 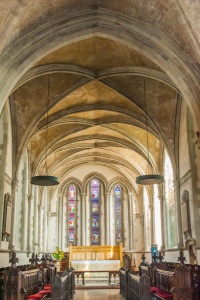 While Casaubon was suspended during the war, however, Minster was saddled with Richard Culmer, aka 'Blue Dick'. Culmer was a virulent iconoclast, and a bitter enemy of Episcopy. He was best known for destroying monuments and breaking up stained glass at Canterbury Cathedral.

So unpopular was his appointment among the townsfolk that he had trouble collecting church tithes. His name is conspicuous by its absence from the list of vicars. And speaking of such lists, Henry Wharton (1688) was the first to popularise the making of such lists of incumbents, an act he thought might impart a sense of continuity to Church of England churches.

A later vicar, John Lewis (1708) wrote over a thousand sermons in his time at Minster. On his death he ordered them destroyed, fearing that vicars who followed him might find the temptation of plagiarising his works too great.

NB. My thanks to the excellent church guide for information on the Minster incumbents.

Note: Don't confuse St Mary's church with Minster Abbey, which is located further east along Church Street. And don't confuse either with Minster-in-Sheppey, also in Kent! 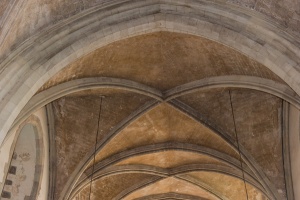 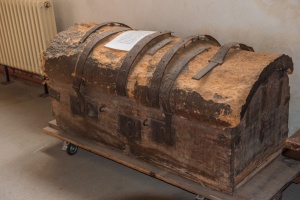 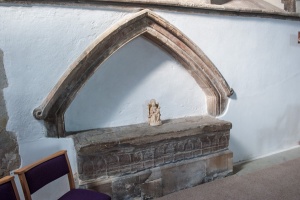 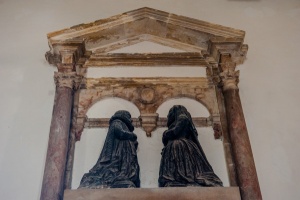 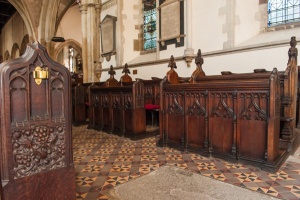 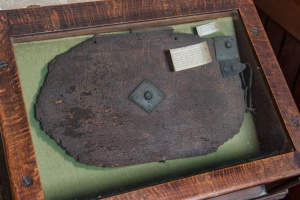 More self catering near Minster-in-Thanet

More bed and breakfasts near Minster-in-Thanet