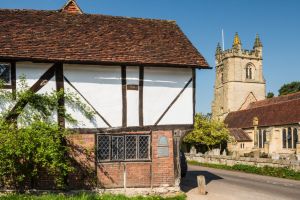 A wonderfully attractive village, home of Chiddingstone Castle, a 17th-century house. Remarkably, over 2/3 of the buildings in Chiddingstone are over 200 years old. That may explain why the National Trust purchased the entire village to preserve its heritage value. Only the church and castle are not owned by the Trust.

The parish church of St Mary is mainly 14th and 15th centuries, but it is probably the fourth church built in the same location. The church was hit by lightning in 1624 and only the tower was left standing, so as a result much of what we see dates from a 1629 rebuilding. The font and pulpit are very finely carved and both date to that 17th-century rebuilding. One surviving feature from the 13th century is a set of triple lancet windows set into the east wall.

The most unusual feature at St Mary's is a gazebo built by Henry Streatfield in 1736. The odd structure gives access to an underground family vault, with airflow provided by passages running from a pair of false altar tombs above ground. 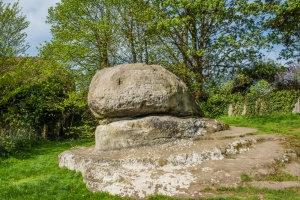 The village draws its unusual name from the Chiding Stone, a large rock formation of weathered sandstone on the edge of the village. The stone probably served as a boundary marker during the Saxon period, and the name Chiding is thought to refer to a tribal leader named Chidda.

Odd legends have grown up around the stone, which rather resembles an oversized potato perched atop a curved pedestal. It is said to have been used by the Druids, or as a place of punishment for witches.

Other versions of the story suggest that the stone was a gathering place to 'chide' criminals or call to account anyone accused of a minor transgression. 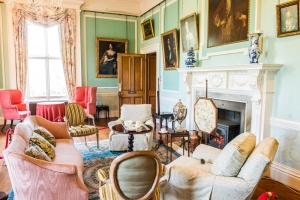 This large country house began as a 16th-century timber-framed house, rebuilt in the 1670s and utterly transformed in the early 19th century into an elegant residence by Henry Streatfield. The castle houses the unusual collections of Denys Bower, ranging from Egyptian antiquities to Japanese armour and Jacobite memorabilia.

The village abounds in historic buildings. Buildings like the Castle Inn, a beautifully rambling structure of brick, timber, and tile, built before 1420 as a private dwelling and transformed into an inn in 1730. The Post Office dates to at least 1453 and was once owned by Thomas Boleyn, Anne Boleyn's father.

Two miles away is Hever Castle, the childhood home of Anne Boleyn, while the Elizabethan manor of Penshurst Place is less than 3 miles distant.

Chiddingstone is a delight. It is quite small; really no more than a hamlet, so it won't take long to walk from one end to the other with a short excursion to see the Chiding Stone and another to explore the church.

Chiddingstone Castle is well worth a visit, and even if the castle itself is closed, the grounds are usually open. There is a gate in the castle's perimeter wall beside the Castle Inn, and an honesty box just inside the gate, and visitors are invited to explore the grounds. 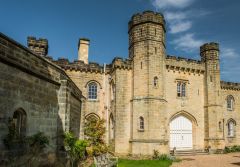 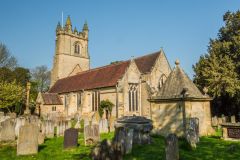 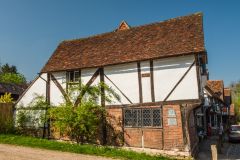 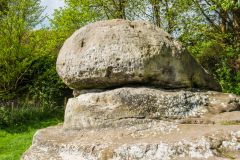 More self catering near Chiddingstone >>

More bed and breakfasts near Chiddingstone >> 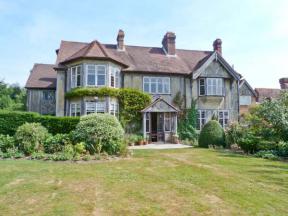 This large manor house is located near to Edenbridge in Kent and can sleep up to twenty six people in seven bedrooms.
Sleeps 26 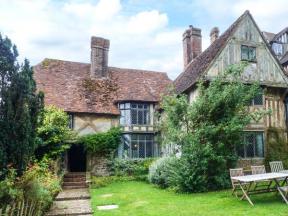 This large house is located near to Edenbridge in Kent and can sleep up to seventeen people in seven bedrooms.
Sleeps 17