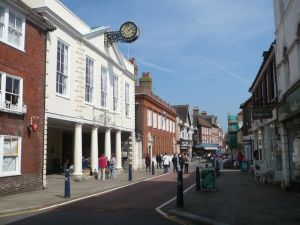 A historic market town on the edge of the Romney Marshes, Hythe was one of the Ancient Cinque Ports, though it is now well inland of the shore due to silting of its old harbour. Two castles once defended the port, but little now remains of Saltwood and Lympne Castles.

The name 'Hythe' says a lot about why this historic seaside town developed; the name translates as 'haven' or 'landing place', and it was as a port that Hythe developed from early medieval times. Hythe was named as one of the original Cinque Ports, a group of the most important south coast ports which were granted special rights of self-government in exchange for helping defend the English coast against invasion.

The most famous episode of Hythe's role in defending the realm came in 1293 when a French invasion force of 200 men was met by a force of townsmen and so badly defeated that the French fleet took sail and left. Over hundreds of years the port that made Hythe such an important harbour gradually silted up, and is now completely gone.

The Royal Military Canal runs through Hythe, and the remains of three early 18th century Martello Towers, built to defend against French invasion, still stand. The Royal Military Canal was begun in 1804, at the height of the Napoleonic Wars, and runs 28 miles from Seabrook, near Hythe, to Hastings along old the line of the cliffs bordering Romney Marsh.

The 30 feet wide canal is now bordered by shady trees and a pleasant footpath runs along beside the waterway. The Martello Towers are part of a defensive string of forts along the south coast. One is now a private dwelling, but 2 on the beach are still owned by the Ministry of Defence.

The parish church of St Leonard dates to the 11th century, and contains a rare ossuary, or bone storage, under the chancel, with over 2000 skulls and 8000 thigh bones on display. Though ossuaries like this are common on the European continent, they are extremely rare in Britain. Though the ossuary is usually described as being in a crypt, this is actually incorrect; the bones are in a processional ambulatory, meant to be accessed and viewed.

Other features of St Leonards include an early Norman carved doorway, and medieval graffiti figures of ships on the nave pillars. There are fragments of Roman masonry in the north transept arch, which appears to date from the late Saxon era. If true, that would suggest that parts of a much earlier building are incorporated in the present church. In the churchyard is the grave of Lionel Lukin, inventor of the self-righting lifeboat.

West of Hythe is a war memorial cross marking the location of the Court of Shepway, where representatives of the Cinque Ports towns met for administrative purposes from 1358.

Hythe is the northern terminus of the heritage railway known as the Romney, Hythe and Dymchurch Railway. The RH & D opened in 1927 and takes travellers on a 14-mile journey in carriages pulled by third-scale diesel and steam locomotives. 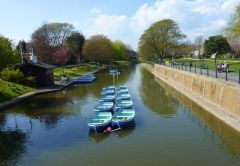 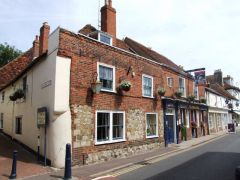 More self catering near Hythe >>

More bed and breakfasts near Hythe >> 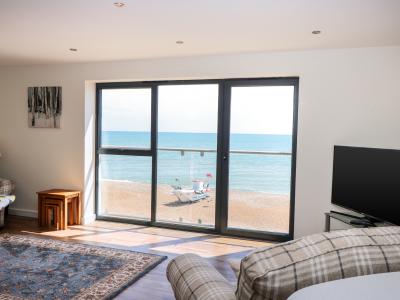 This luxury apartment sits in the Hampshire town of Hythe and sleeps six people in three bedrooms.
Sleeps 6 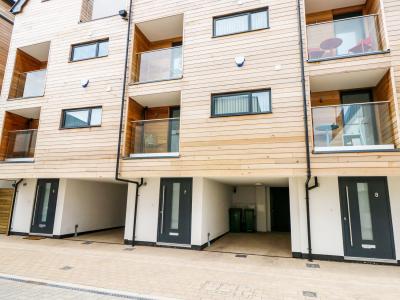 This four storey townhouse is situated on Fisherman's Bay in Hythe and can sleep six people in three bedrooms.
Sleeps 6