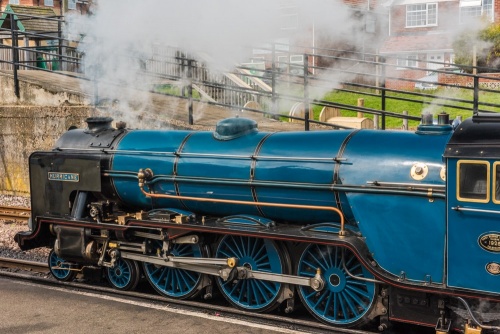 Building up steam - a RH&DR locomotive at New Romney station

One of the most famous light railways in Britain, the Romney, Hythe & Dymchurch Railway runs 14 miles across Romney Marsh from Hythe to Dungeness. The Dungeness terminus is directly beside the historic Old Lighthouse, a Grade-I listed building on Dungeness shingle beach.

At New Romney there is a miniature version of the mainline system and a Model Railway Exhibition. See historic engines and carriages being maintained, both steam and petrol-driven versions.

The railway opened to the public in 1927, when it was advertised as the smallest public railway in the world. The railway was created by JEP Howey and Count Louis Zborowski, owner of the real Chitty Chitty Bang Bang Mercedes racing car. They had special purpose-built engines built to haul carriages on a route from Hythe and New Romney.

The route was later extended to Dungeness. So popular was the railway that it soon had to use nine locomotives to handle all the visitors. The line was used by the military during WWII when it featured the only miniature armoured train in the world. 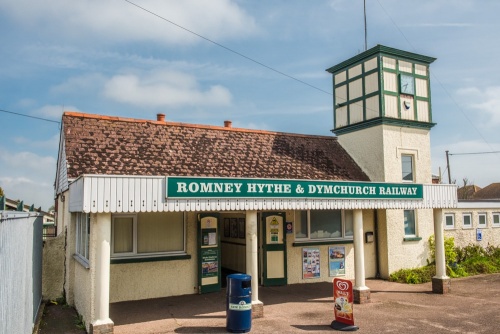 We visited the New Romney Station and explored the model railway exhibits. A few days later we were visiting the Old Lighthouse at Dungeness. By sheer chance, our visit coincided with the departure of a steam locomotive and we were able to watch the engine being loaded with water and coal, and build up a head of steam before heading out on a journey.

It is an amazing sight to see the old steam locomotives in action and see the billowing smoke and steam as they gather speed. The RH&DR is a delight, and is deservedly one of the most popular visitor attractions in Kent year after year. Trains run throughout the year, including special holiday service at Christmas time. Please refer to the official website for full timetables.

Note that even if you don't take a train trip you can still get a platform pass at New Romney, which allows you to explore the trains in the station and see the model railway exhibit. And if you are lucky like us you will see a train come steaming into the station while you are on the platform. 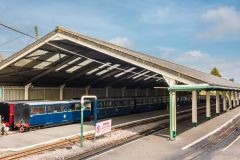 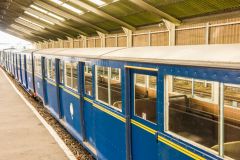 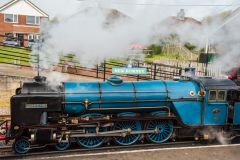 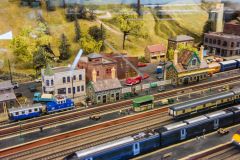 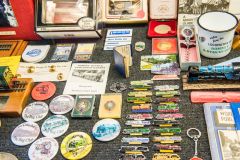 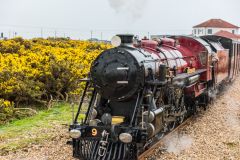