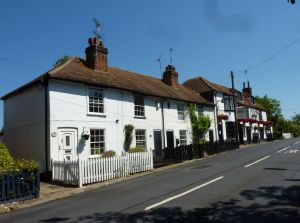 Famous for its oyster beds, which have been cultivated for over two millennia, Whitstable is a picturesque town on the coast of northeast Kent. Whitstable was a smuggler's haven during the Napoleonic Wars, and there are quite a number of narrow alleys leading down to the sea that were once used by smugglers.

Today Whitstable has a strong tradition in the arts, with the Harbour Village offering a gathering place for artisans, artists, crafts, and local produce, housed in traditional fisherman's huts by the quay.

This late 18th-century manor on Tower Hill was built by Charles Pearson. Pearson purchased several local copperas works, but the industry was in decline so Pearson tore down the works buildings and used the brick to build an octagonal tower residence known as The Manor House.

The Pearson's spent most of their time in London and used the Manor House as a summer residence. His growing family led Charles Pearson to expand the house. He also joined a venture with railway pioneer George Stephenson to bring the railroad to Whitstable, linking the harbour to Canterbury.

Pearson's nephew Wynn Ellis bought the property in 1835. He used Tankerton Tower, as the house was now known, to house his mistress. He embarked on an ambitious building plan, adding wings, a bell tower, and lodges to the original building, creating the castle we see today.

He landscaped the grounds, adding flower gardens and summerhouses. The Castle has now been completely restored to its Victorian splendour and acts as an event centre, public gardens, and community activities.

There has been a church on this site since at least 1202. That early building consisted of just a nave and chancel but a tower was added later in the 13th century and a north aisle and porch erected in the 15th century. The most interesting historical features are the Norman font with a wooden 15th-century cover, decorated with coats of arms for the Smythe and Manwood families.

At the east end are stained glass windows dedicated to local sailors - look for the starfish and oyster symbols. In the sanctuary is a 17th-century Italian lamp. The oldest memorial is to Thomas Brede, who died in 1444. Look for an early 17th-century funeral hatchment to the Gonneston family.

Standing a short distance from the harbour is this attractive Edwardian church, begun in 1902. The original church was made of corrugated iron and replaced a temporary church run from the old Temperance Hotel on Bexley Street. The church was damaged by a landmine in 1941. The triptych above the high altar was purchased in 1950 from a convent at Clewer, Windsor.

Also known as Borstal Hill Mill, this historic smock mill was built in 1815 on the site of an even earlier mill. It was originally painted white, but in 1885 the exterior was tarred, giving rise to its current moniker, 'Black Mill'. The mill was so prominent that it was used as a navigational aid by sailors. It remained in operation until 1905. It is now a private dwelling, though it retains its milling machinery and original stocks. The fantail is a non-functional model.

Housed in a Victorian Foresters Hall, this fascinating museum explores the history of Whitstable, particularly its heritage as a centre for the oyster trade, from Roman times to the present. There are exhibits on diving, social history, maritime history, and local geology. One special exhibit traces the career of actor Peter Cushing, who lived in Whitstable for many years. In 2001 the museum was awarded the prestigious Nautiek award for services to diving. 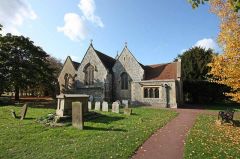 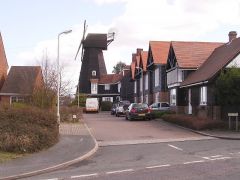 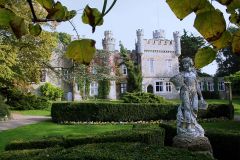 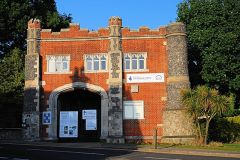 More self catering near Whitstable >>

More bed and breakfasts near Whitstable >> 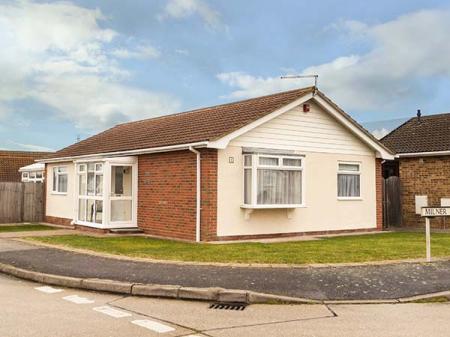 A beautifully-presented, spacious detached bungalow situated next to the owners' home and in the lovely village of Seasalter near Whitstable in Kent and can sleep four people in two bedrooms.
Sleeps 4 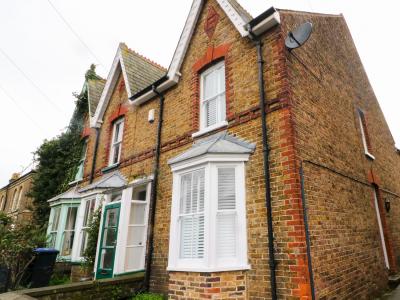 An end-terrace property located within the town of Whitstable. It can sleep up to six people on three bedrooms.
Sleeps 6