HERITAGE HIGHLIGHTS:   Artefacts from the Roman fort of Reculver 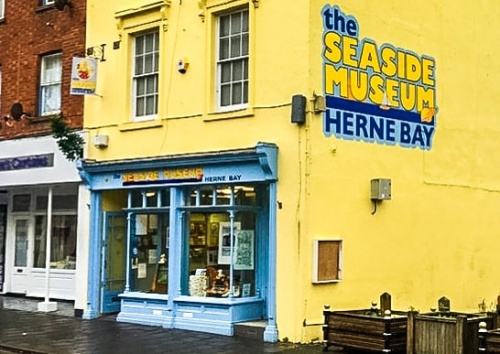 The Seaside Museum explores the rich heritage of Herne Bay from prehistoric times to the town's Victorian heyday as a seaside resort. The museum hosts a regular programme of special events including national touring exhibits and displays of work by local artists.

The museum looks at the history of Herne Bay from prehistoric times, with a display on local geology and fossils found along the seashore. Trace the development of Herne Bay from a quiet fishing village frequented by smugglers to a popular seaside resort town in the Victorian period and well into the 20th century.

A special display looks at the 3rd-century AD Roman fort of Reculver, located just east of Herne Bay. See Roman artefacts including pottery, carved stone fragments, and roof tiles. The site was later occupied in the Saxon period and there is a Saxon glass beaker on display. 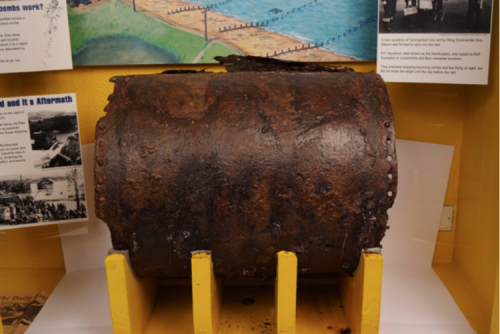 Learn about Herne Bay's days as a seaport linking London and Canterbury. Admiral Nelson anchored his fleet off Herne Bay during the Napoleonic Wars.

The area was heavily used by the North Kent gang of smugglers. In 1821 a band of smugglers was unloading the booty on the beach when they were challenged by four excise men. Although they were outnumbered twenty to one the leader of the excise men charged the smugglers armed only with a knife. They wounded him with gunfire and he died the next day.

Before he died he gave information that led to the arrest of five smugglers, but they were acquitted at trial - a reminder of the power wielded by the smugglers along the Kent coast.

Another exhibit looks at the devastating 1953 floods, when the sea level rose seven feet, damaging the town's amusement pier, smashing fishing boats, and leaving behind a thick layer of mud and silt. This was part of the Great East Coast Storm that wrought terrible destruction along the English coastline. 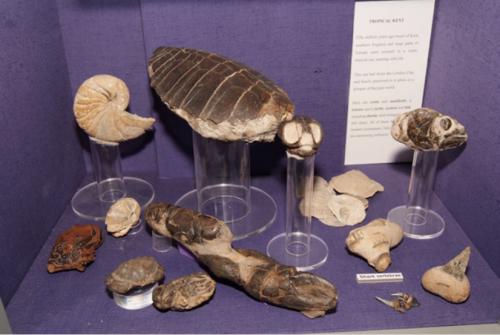 A display of local fossils

Herne Bay has close links to the famous Dambusters Raid of WWII. Prototypes of the Bouncing Bomb were tested at sea off Reculver. Some were retrieved to be analysed by Barnes Wallace and his team, but others were left in the sea. Some were recovered after the war, and the museum has one of these.

One of the Dambuster pilots who took part in the raid was Warner 'Bill' Ottley, who lived on East Cliff in Herne Bay. Sadly, Ottley died in the Dambuster raid. Learn about his life and see his posthumous medal.

There is a fascinating display on the natural history and geology of Herne Bay and the surrounding area. The coastline at Herne Bay is part of the Thanet Coast Site of Special Scientific Interest (SSSI), known as a favoured habitat by several species of rare migratory birds. The coastline also provides a habitat for shellfish and lobsters.

The museum also boasts a collection of prehistoric animal bones including the tusks of a woolly mammoth. There are also a fossilised sea turtle and shark's teeth along with flint tools crafted by Neolithic settlers. 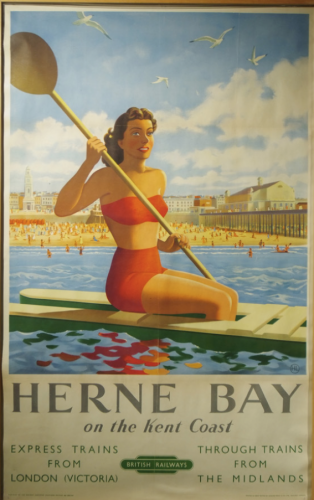 A special exhibit looks at the life and career of the local artist William Sidney Cooper. Cooper was the great-nephew of the more famous artist Thomas Sidney Cooper. Though less successful than his great-uncle, Cooper exhibited at the Royal Academy, the Royal Watercolour Society, and the Royal Society of British Artists. He moved to Herne Bay in his 40s where he focussed on painting the countryside and local livestock. The museum holds several paintings by Cooper, mainly of rural scenes.

Cooper's paintings are not the only ones on display; Herne Bay has attracted some of Britain's most famous artists over the years, including JMW Turner and Marcel Duchamp. They were drawn by Herne Bay's reputation as one of the sunniest places in England and a place with a mild climate.

And, of course, given Herne Bay's reputation as one of England's most popular seaside resorts, the museum looks at the history of holidaymaking here over the past 200 years. See photos, posters, holiday souvenirs, and a Punch and Judy set used to entertain visitors. 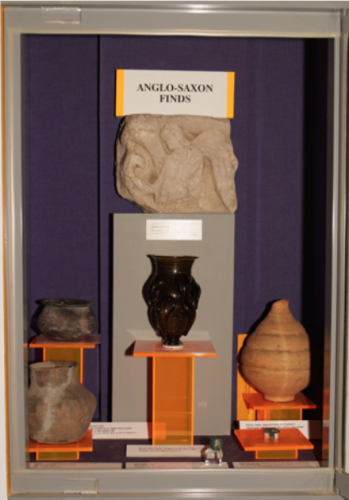 The Seaside Museum is on William Street, just over a block from Central Parade and the seafront. There is a car park directly beside the museum and several more public car parks within a few minutes easy walk. Please see the museum website for current opening days and times.

The image of the museum exterior is (c) Chris Whippet and is republished with gratitude under a Creative Commons license.

Self Catering near Herne Bay