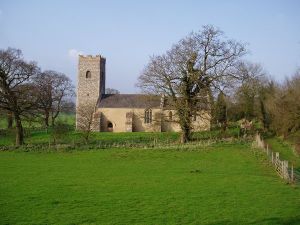 A small village near Norwich, Caister St Edmund is best known as the location of Venta Iscenorum, the capital of the Iceni tribe at the time of the Roman occupation. A rebellion by the Iceni leader, Boudicca (Boadicea) almost brought the Roman rule to an end.

The remains of the Roman town can be visited, as can the old parish church of St Edmund, which stands in a corner of the Roman town site. The church incorporates plenty of Roman stone in its walls, doors, and windows, and there are faint medieval wall paintings visible in the interior. Fans of the TV character Alan Partridge may recognise St Edmund's as the place where the fictional presenter was married.

Venta Icenorum was an administrative centre for the Romans, founded around AD 70 after Boudicca's revolt was suppressed. The new Roman settlement served as the tribal capital for the Iceni and was occupied until roughly AD 400. The site contained all the normal features of a Roman town, with a forum, public baths, and basilica, surrounded by stone walls. The walls are the best-surviving feature of the site, reaching 20 feet high in places.

Also in Caister is the site of an Anglo-Saxon burial ground. The cemetery was excavated from 1930-38 and over 700 burial plots were found, most containing a cremation urn. The site is located on relatively high ground (for Norfolk!) presumably to shorten the journey of the soul to heaven.

One interesting discovery made during the excavations was that many of the burial plots held trade tools, possibly so that the deceased could continue their trade after death. Other items found on the site include a Roman broach and an Iceni coin. Items discovered on display at the Norwich Castle Museum.

Aside from the Roman site and the church, the most historic building in the village is Caistor Old Hall, an early 17th-century manor built for Thomas Pettus. 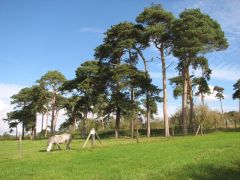 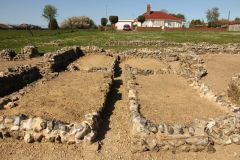