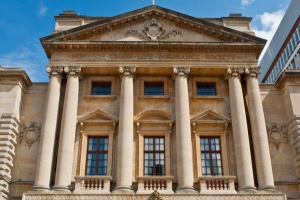 Since when is an office building a tourist attraction?

When its one of the most stunning, ornate examples of Edwardian architecture in England, that''s when!

Surrey House, situated, rather sensibly, on Surrey Street, was built from 1900 to 1912 to be the headquarters of the Norwich Union Life Assurance Company (now renamed as Aviva). The site for Norwich Union's new headquarters had been previously occupied by a house owned by Henry Howard (1517-1547), Earl of Surrey.

It was not built by Howard himself, but by his father, the 3rd Duke of Norfolk, to be a residence when Howard visited Norwich. When the house was begun the street was called Newgate Street, but when construction finished the street was named Surrey Street in honour of the Earl. 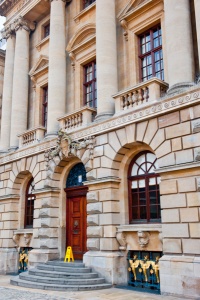 The main entrance
off Surrey Street

In a curious historical twist, the Earl never used the house built for him. Howard was staunchly anti-Protestant, and was great friends with Henry VIII's illegitimate son, Henry Fitzroy.

Rumours began to circulate that Fitzroy was planning to install himself as the power behind Edward VI as soon as Henry died. The Earl was seen as fostering sedition and egging Fitzroy on. In 1547 was thrown into prison by the king and executed for treason.

Howard's house was used as a school in the Victorian period, then just before the turn of the century it was bought by Norwich Union. Building began in 1900 and the new Surrey House was opened in 1904, though the final touches were not applied until 1912.

The architect was George Skipper, who designed an extraordinary building on neoclassical lines, bringing together Greek and Palladian styles with Masonic symbols. The symbols reflect a theme of protection, wellbeing, and insurance.

The entrance hall, or vestibule, holds two mosaics made of lapis lazuli, carved with the names of Norwich Union employees killed in both World Wars. In the centre of the floor is a 12-pointed medallion. 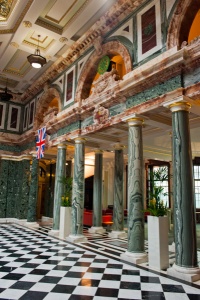 This is the only major part of the building open to visitors unless you are a member of a group and book a special tour. This amazing chamber uses 15 different types of marble, some of which was originally intended for Westminster Cathedral.

Logistical problems meant that the marble could not be used for the Cathedral and was sold on at a discount. George Skipper convinced the directors of Norwich Union that they simply couldn't pass up the opportunity, so they purchased the marble, and Skipper set to work.

Soaring high above the floor, supported by 40 columns, is a glass-domed ceiling, 11 metres in diameter. The temperature in the spacious hall is controlled by an innovative Edwardian system of air conditioning, using a peculiar structure that looks like a water fountain.

Hot air rises through the fountain and is diverted by a pendant made of brass. This disperses the air around the building. The base of the fountain is decorated with marble inlay and lion's heads, and 8 pillars of rare Tuscan marble support the top of the fountain. 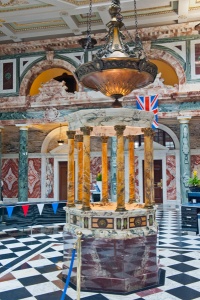 Not normally open to visitors except via pre-booked tours is the West Committee Room, still with its original board table, and decoration in mahogany inlaid with ebony. Another highlight is the Board Room, with mahogany wall panelling and an intricately painted ceiling.

Surrey House is not a tourist attraction in the normal sense, but visitors are welcome during office hours (currently 9-5 Monday to Friday), and entrance is free. Though you can't explore the building in-depth, you can freely wander around the Marble Hall, and believe me, it's worth exploring. It is hard to imagine a more stunning room outside an opulent stately home like Blenheim Palace or Castle Howard.

My abiding impression of Surrey House is a sense of awe, almost reverence. The Marble Hall is simply astonishing. It certainly speaks volumes about the wealth of the company at the turn of the 20th century, and is a magnificent example of Edwardian style. It won't take long to examine the Marble Hall, unless, like me, you stand there for ages with your jaw on your chest! 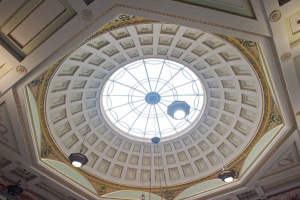 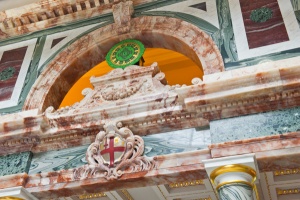 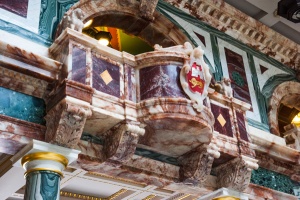 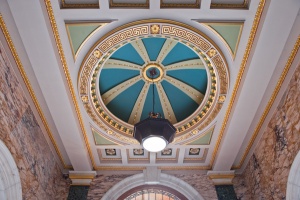 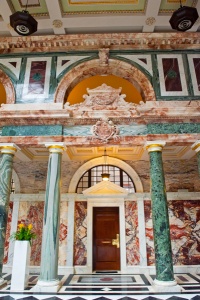 Inside the Marble Hall

More self catering near Surrey House