Wells next the Sea, Norfolk 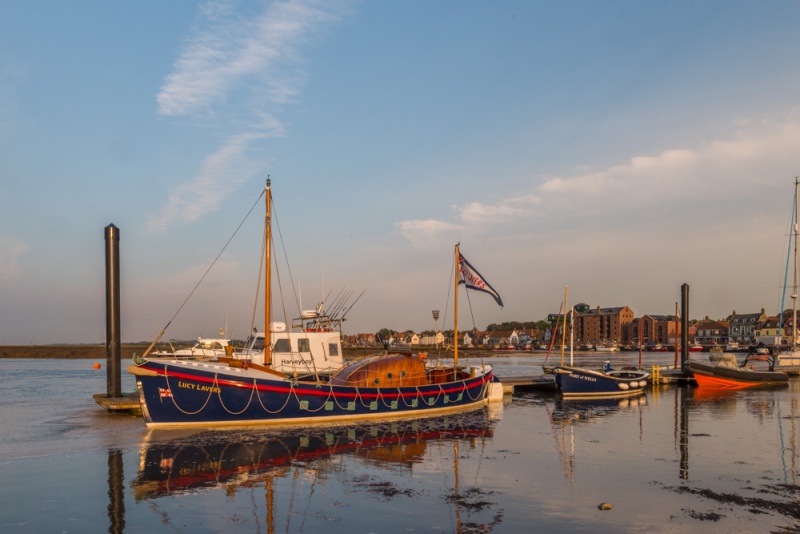 Wels next the Sea harbour

Wells-next-the-Sea is a very popular coastal town and fishing port in north-west Norfolk. The busy quay is a great place to buy fresh seafood of all sorts, or you can fish for crabs off the harbour wall. Regular boat trips take visitors out to see colonies of grey seals on nearby sandbanks. 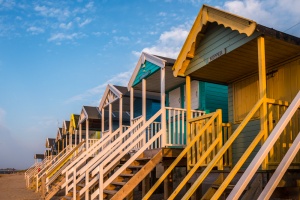 A narrow-gauge railway runs along the quay to the beach, a distance of about a mile. Another steam train runs from Wells to Little Walsingham. At Blakeney Point, regular boat trips take visitors close to a colony of grey seals.

Wells is extremely popular amongst bird watchers. Marshland along the shore is home to a wide variety of birds including oystercatchers, gulls, bitterns, terns, marsh harriers, wading birds, and overwintering geese.

Wells gets its name from the large number of freshwater wells in the area. It was originally just called 'Wells', but 'next-the-Sea' was added in the 19th century to distinguish it from other places of the same name. Despite the name, however, Wells is not actually on the coast but lies on an inlet surrounded by salt marshes. During the 16th century, Wells was a busy port, and by the 19th century it was a shipbuilding centre.

Three shipyards brought a wealth of related trades to the town, including sailmaking and rope manufacture. The busy port was a centre for shipping coal, timber, corn, and barley. A few maltings and granaries still stand, though many have been converted into housing. The arrival of the railway signalled an end to the shipping boom in Wells, and today the port is used mainly by pleasure craft and by crab and whelk fishermen.

The legacy of the heady days of shipping can still be seen in the network of narrow lanes near the quay, and the wealth of Georgian and Victorian buildings. One good place to see period houses is on the Buttlands, which began as a place for practising archery.

On the Buttlands is The Crown Hotel, a restored 16th-century coaching inn. In one corner of the square is the 19th century Catholic Church of Our Lady, a Victorian red-brick gem of a church in Dutch style.

On the beach is an exhibit on the local lifeboat service, launched in 1880, and a touching lifeboat memorial stands at the western end of the harbour. From Wells beach, you can access a lovely area of pinewoods planted in the 19th century. The original pines have been joined by newer species of sycamore and silver birch.

St Nicholas church, near the harbour, dates to the 13th century, though most of the present building is the result of 14th and 15th-century remodelling in Perpendicular Gothic style. The church was struck by lightning in 1879 and completely rebuilt. In the churchyard is the grave of John Fryer, sailing master aboard the HMS Bounty under Captain Bligh. 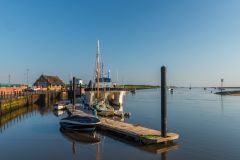 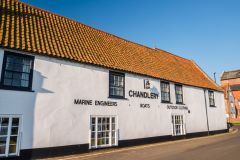 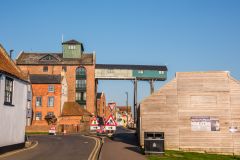 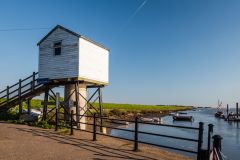 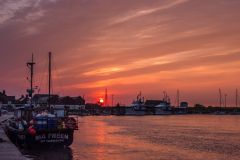 Nearest Accommodation to Wells next the Sea:

More self catering near Wells next the Sea >>

More Hotels near Wells next the Sea >>

More bed and breakfasts near Wells next the Sea >>