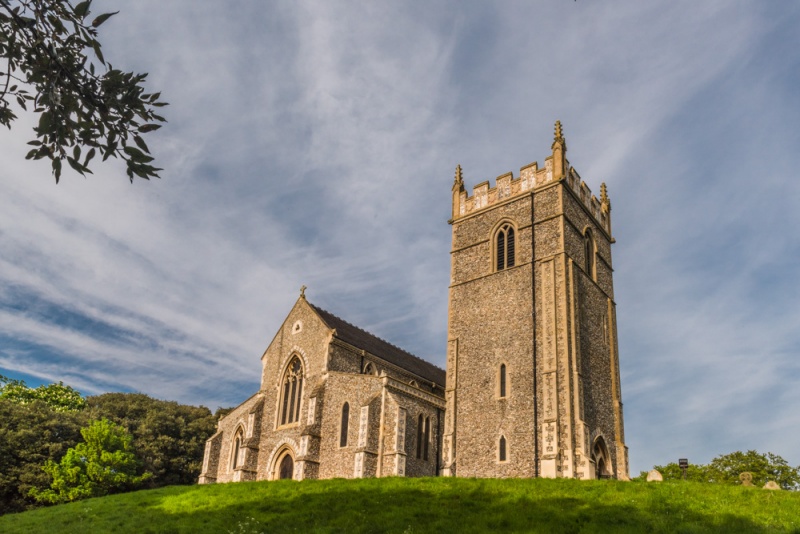 There has been a church at Holkham since at least the 8th century. The first church was built in timber, and probably burned by the Danes in the 9th century. It was replaced by a stone church, the foundations of which lie under the west end of the present building.

The church stands upon a high mound, but whether this is a natural feature or constructed by the Saxons is unclear.

The late Saxon building was dedicated to St Withburga, at a time when the village was known as Wihtburgstowe.

Withburga was a 7th-century princess, the daughter of King Anna of the East Angles. Holkham formed part of her farther's royal estates, and she is thought to have grown up here. She moved to East Dereham where she founded a Benedictine nunnery. She served as the first abbess of the Dereham monastery and died there in AD 743. She is usually depicted with a tame doe, her companion who provided her with milk when she lived the solitary life of a hermit.

In AD 974 monks and soldiers from Ely secretly exhumed Withburga's relics in the dead of night and carried them by horse and cart to Brandon, where they boarded a ship and escaped the irate pursuers from Holkham. Withurga was reburied at Ely beside her sisters St Etheldreda and St Sexburga, and Sexburga's daughter, St Ermenilda.

In 1106 the women's bodies were reinterred before the high altar of the new church at Ely (now Ely Cathedral). According to an account written the following year by an Ely monk named Thomas, the body of Withburga was found to be incorrupt, and her limbs still flexible. The shrine of the four saints was destroyed by Henry VIII's men at the Dissolution of the Monasteries. 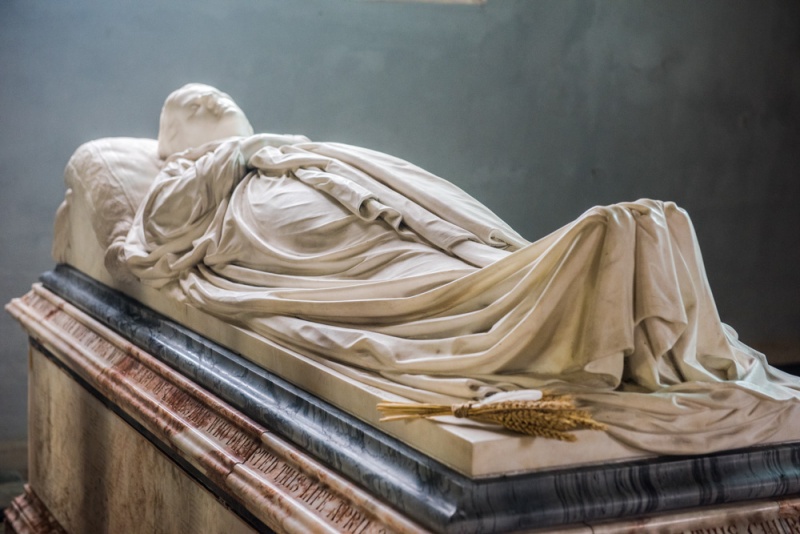 The Norman church at Holkham was pulled down and rebuilt in the 13th century by a new church in Early English style. The base of the tower is from this 13th-century rebuilding, as is the western end of the south aisle. The tower belfry is Decorated Gothic (14th century), while the top and parapets are 15th century Perpendicular Gothic.

Inside the church are 6 stone coffins lids carved with foliated crosses. These are probably late 12th century and were all found near the tower. Curiously, historians have discovered that the tower was used for a time as a dwelling, and later as a telegraph station. A fireplace was built on the ground floor and a coffin stone used as a lintel.

The church was enlarged in the 14th century, and all the nave arches date from this rebuilding, with the chancel arch added shortly after. In 1767 the medieval church was rebuilt by the Countess Dowager fo Leicester, who also completed construction of nearby Holkham Hall. In the east chapel window is a stained glass panel commemorating this rebuilding. The inscription reads:

'In the years 1767 and 1768 this church and chancel were repaired and beautified at the sole expense of Margaret Baroness Clifford, Countess Dowager of Leicester'

The church was restored in the Victorian period by architect James Colling, giving us the building we see today. Colling designed the pulpit of Caen stone, the font, also of Caen stone, and the ornate reredos.

Colling's patron was the 2nd Earl of Leicester, who erected the beautiful marble monument to his wife Juliana, who died in 1870. The monument was sculpted by Sir Joseph Boehm and stands in the north chapel. 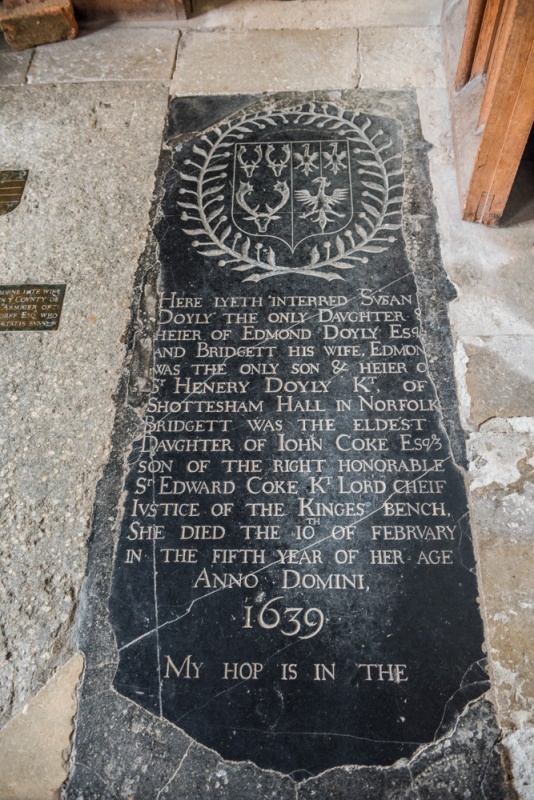 In the south chapel are a pair of 17th-century alabaster memorials carved by Robert Pook in 1639. One commemorates John and Meriall Coke and two generations of Mrs Coke's ancestors. Three couples kneel, facing each across prayer desks, with John and Meriall's 15 children arranged at the base of the memorial.

On the south wall is the other Pook memorial, to Meriall's uncle Miles Armiger (d. 1639). Nearby is a grave slab to Susan Doyly (d, 1639) and set into the floor is a brass to Jane Osborne dated 1618. On the north wall is a memorial to Arthur Coke who died in action at the Dardanelles in 1915.

The church stands in a wooded clearing, well within the estate walls of Holkham Hall. It is impossible to see from the main coastal road. Indeed, I drove past the church drive several times before realising where it was. The drive turns inland off the A149 just west of Holkham village, though you can also reach the church on foot from within Holkham Hall grounds. The church is still used, though during the cold winter months the congregation often use the much more comfortable private chapel inside the Hall. 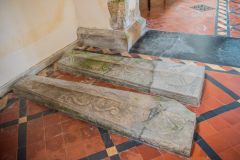 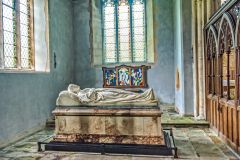 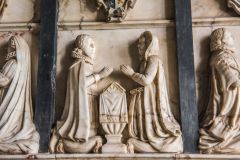 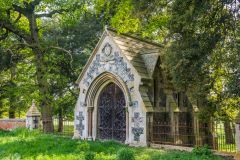 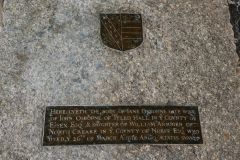 Self Catering near Holkham