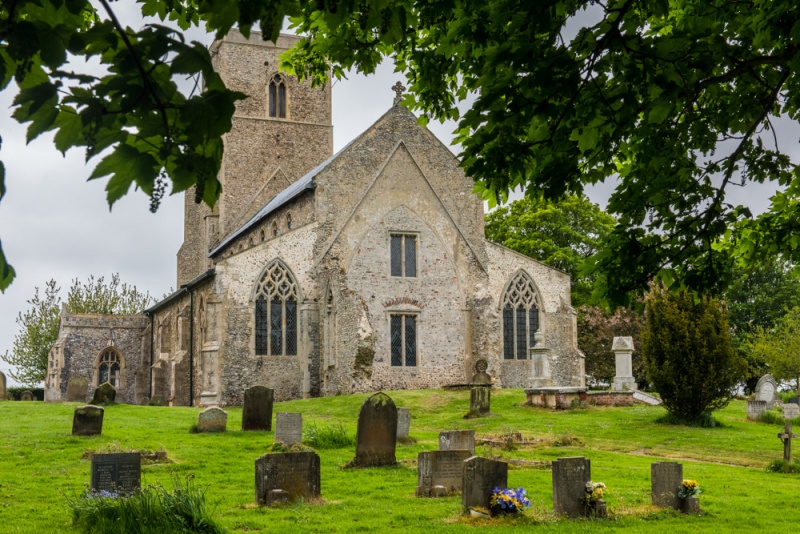 That's a shame, for St Peter is a beautiful historic building in an idyllic setting, on a leafy hillside above a ford, and it well deserves a visit. It is one of the best-preserved examples of a complete Decorated Gothic church in England and was built 'all in one go' between 1330-1340.

It replaced an earlier church a short distance away. Rather than try to incorporate the older building in the new church the medieval builders decided to build on a fresh site, and start from scratch with the then-fashionable Decorated Gothic style. The church may have been built by Walsingham Priory, which became the church patron just a few years earlier in 1315. 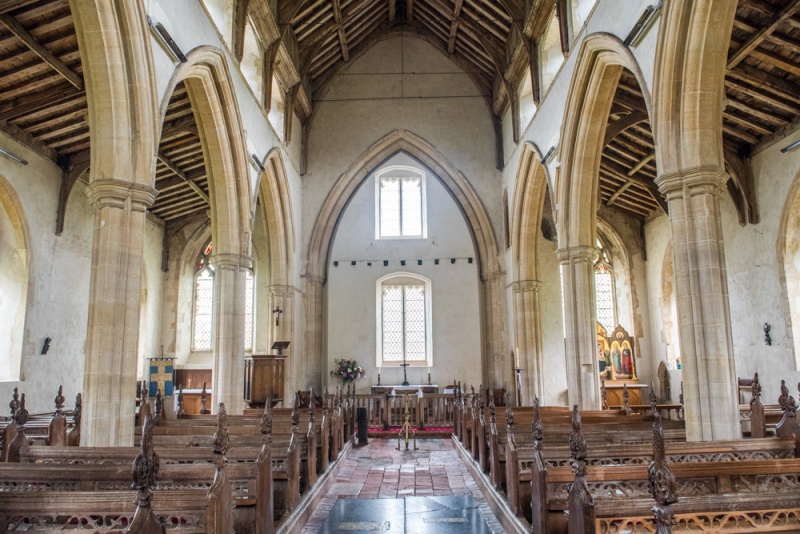 The church not surprisingly features in Simon Jenkin's 'Top 100 English Churches' list. I don't always agree with Mr Jenkins - in fact its a bit of a running joke in my family how often my ideas clash with his - but I have to agree with him on his choice.

St Peter's is almost entirely a product of the 14th century, with the exception of a 15th century south porch. It is rare to see a church built entirely in one period, but St Peter's comes close. Unfortunately, the chancel was torn down in the 16th century, shortly after the Dissolution of the Monasteries.

It seems reasonable to suggest that the chancel had close ties to Walsingham Priory, and that it was torn down for that reason. Whatever the reason, it now stands open to the skies, and the medieval nave now serves as the entire church. 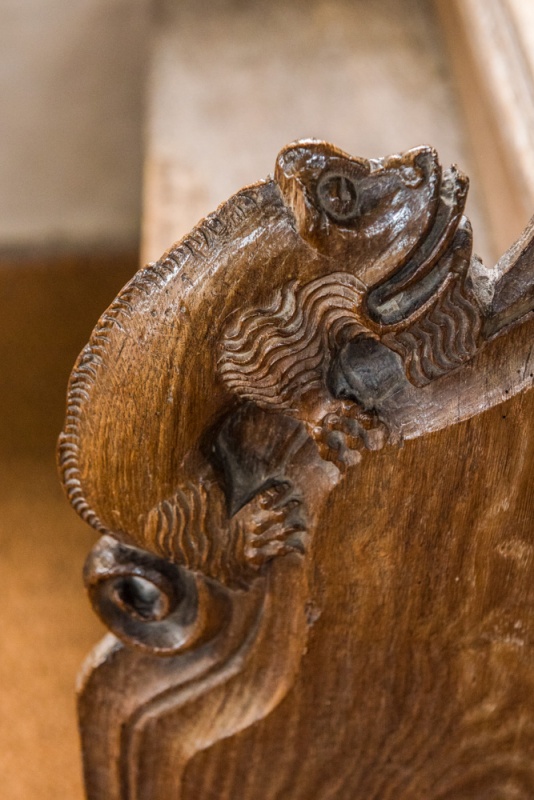 One historic highlight is the late medieval timber roof, but what really makes St Peter's worth a visit is the combination of excellent 14th century windows with bulb tracery, and a very good collection of medieval glass.

The windows are made with such delicate tracery that it seems to have more in common with lace than traditional stonework. There are seven clerestory window with unusual semi-circular hood moulds. Very few examples of unaltered Decorated Gothic clerestories survive, so the Great Walsingham clerestory windows are quite rare.

In the east window of the aisle are figures of Mary and Jesus which once formed part of a 'Coronation of the Virgin' scene. If you look closely you can see that in the canopy top of the window is a small figure of a grotesque dating to between 1360-1380.

The east window of the south aisle has two heads of saints, while further east is a window with more leaves and acorns.

Aside from the windows one of the best historic features is a collection of 15th-century benches with poppy head decorations on the bench ends. The figures include grotesque beasts, animals, foliage, saints, flowers, angels, and what appear to be likenesses of local people. The front row of benches has linenfold panelling on its front face. The benches are among the most complete medieval sets in Norfolk.

The pulpit has Perpendicular style carved panels and is inscribed with 'L.E. M. 1613'. This almost certainly is the date of a restoration, and the pulpit itself is several centuries older.

At the west end of the nave is a 15th-century wooden poor box on a post. Set into the floor of the centre aisle are three brasses, dated to 1593, 1632, and 1641 respectively. On the wall hangs a royal coat of arms to George I.

One other historic highlight that you won't usually be able to see is the timber frame that supports the bells. It is thought to be the oldest such frame in England. The ring of three bells was cast by William Silsden of King's Lynn between 1330-1350. They are the oldest set of three bells by a single maker in the country.

I've been lucky enough to visit St Peter's church several times. It is an absolute delight, whether you're a confirmed 'church mouse' like me or just interested in historic sites. I can highly recommend it.

The church isn't immediately obvious as you enter the village from the direction of Little Walsingham. You need to turn west in the centre of the village, near the village sign, and follow the road across a ford. Bear left as you go up the hill and you will see the church on a rise ahead of you, on the right. The church was open each time I visited. 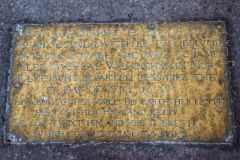