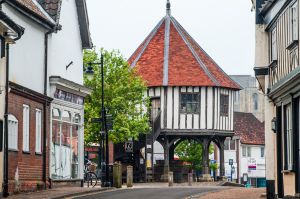 A historic Norfolk market town with great heritage interest, Wymondham was a centre of the wool trade in the medieval period, but also became known for crafts such as making wooden spoons. In the centre of Wymondham is the half-timbered 16th century Market Cross, raised up on stilts like a stork with spindly legs.

Near the market square are further Elizabethan and Jacobean buildings. A small treasure is Becket's Chapel, established in 1174 by William d'Albini. It served as a grammar school in the 16th century and is now a library. Another building of note is the 15th-century Green Dragon inn, which once served as a guesthouse for visitors to Wymondham Abbey.

Wymondham St Mary and St Thomas of Canterbury is one of the finest parish churches in Norfolk (which itself is saying something) if not the whole of England. The church is punctuated on each end by a striking tower. The east tower is a shell, built in the 14th century when an earlier tower became unsafe. 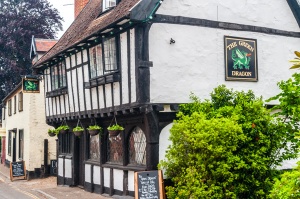 The unfinished west tower was the site of a grisly scene in Tudor times. William Kett, a local man, took part in a revolt against the religious policies of Edward VI, a revolt that came to be called Kett's Rebellion. He was captured, sentenced, and hung from the west tower.

Within the church, the real treasure is the Norman and medieval architecture, but a more modern glory is the quite stunning 20th century painted and gilded reredos created by Ninian Comper.

The church is often, and incorrectly, called 'Wymondham Abbey'. Though parts of the church were used by the Benedictine priory (later an abbey), in fact, the ruins of Wymondham Abbey lie between the church and the river. Little enough remains of the abbey, as the stones were scavenged for other uses after it was dissolved by Henry VIII. 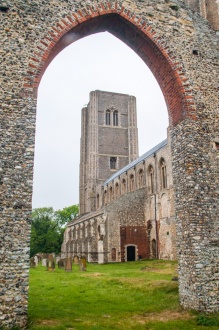 At the southern edge of Wymondham is the historic railway station. This was built in 1845 on the line between Norwich and Ely. The station buildings have been restored and now are home to a museum and themed restaurant.

At the south-west corner of town is the Mid-Norfolk Railway, the longest heritage railway in East Anglia, which links Wymondham to Dereham. There are regular diesel journeys and occasional steam trips during the summer months.

East of the Market Cross, Bridewell Street leads to the Wymondham Heritage Museum, which is housed in The Bridewell, a model prison built in 1785 on the recommendation of prison reformer John Howard. Howard called the earlier medieval prison on this site one of the vilest in the country. Today it is much more appealing and houses the museum, which tells the story of Wymondham and the history of the prison itself. 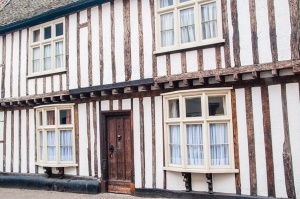 A Jacobean house on the market place 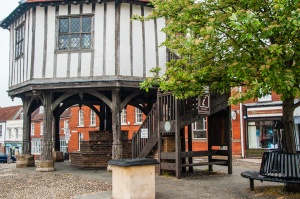 Another view of the market cross 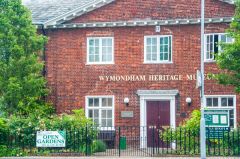 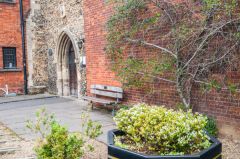 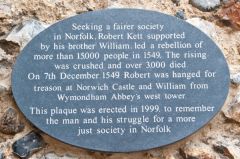 More self catering near Wymondham >>

More bed and breakfasts near Wymondham >> 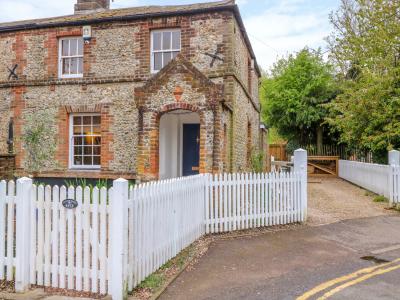 This wonderful stone cottage is based in Wymondham, Norfolk and can sleep four people in two bedrooms.
Sleeps 4