HERITAGE HIGHLIGHTS:   On the site of a 6th-century royal hall? 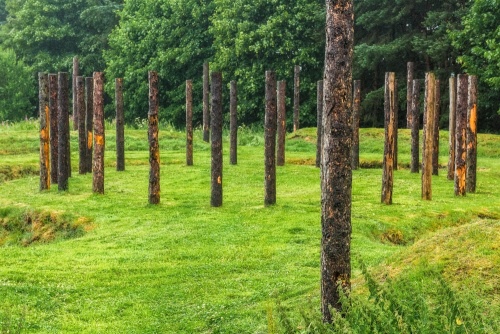 In the 6th century, the area around the modern village of Milfield was home to a royal palace of the Northumbrian kings known as Maelmin. The palace was built to replace Ad Gefrin, the even earlier royal residence of Edwin of Northumbria, at nearby Yeavering.

The royal palace was a relative newcomer compared to the wealth of ancient archaeological sites in the Milfield area. Aerial photographs have revealed evidence of prehistoric henges.

The Maelmin Heritage Trail allows visitors to trace thousands of years of archaeological history in a relatively small site. The Heritage Trail includes a reconstructed timber henge of the type that is common in this region.

As early as the Neolithic period henges were built in the Till Valley and Milfield Plain. At least 7 henges have been identified by archaeologists. The replica henge is based on Milfield North Henge, which stood on the far side of the abandoned RAF base beside the Trail. 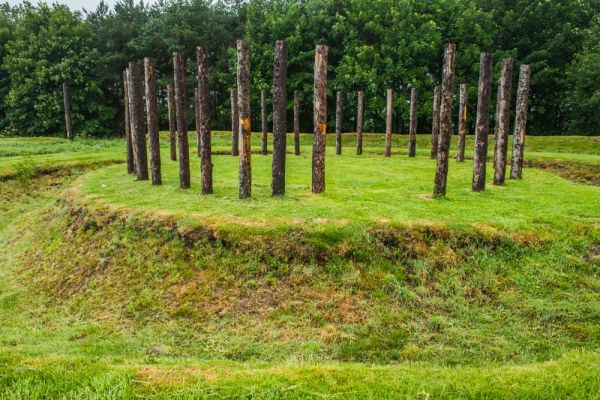 The ditch and inner henge

Milfield North Henge was begun around 2200 BC, but the site appears to have been used for thousands of years. Long after the Bronze Age culture that built the first henge had faded into obscurity local farming communities still buried their dead at Milfield North Henge. The Saxon residents of the valley also used the henge as a burial site.

At least three burial pits were found in the central area of the henge, though the acid soil made it very difficult to determine what sort of burial practices were followed.

A burial cist just inside the entrance seems to have been deliberately placed so that those entering the inner part of the circle would have to step across the grave.

The reconstructed henge is faithful to the Milfield North Henge construction; there is an outer earthwork and an inner ditch, with timber posts arranged on the edge of the ditch to form a circular monument somewhat like a wooden version of Stonehenge without the lintels. 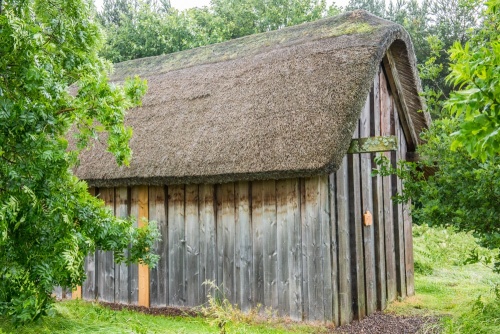 The trail leads through woodland and open fields to a replica Dark Ages thatched hut based on a hunter-gatherer settlement at Tarmac’s Cheviot Quarry, sometimes known as ‘Woodbridge Quarry’, between Milfield and Wooler.

The dates create a puzzling question - were the huts built by native Britons or by Anglo-Saxon invaders? There's simply no way of telling.

The replica hut is our best guess as to how the original would have looked, with vertical timber walls and a thatched roof.

The hut is usually kept locked but you can obtain a key from the Cafe Maelmin(in Milfield village, where you can also pick up a free brochure about the Maelmin site. 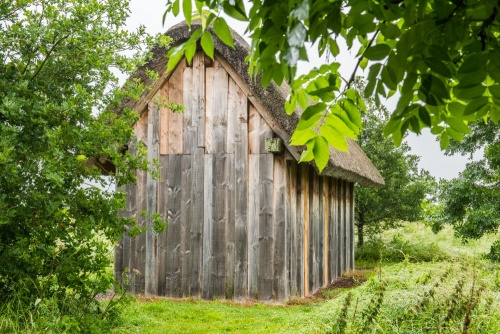 Another look at the Dark Ages hut

Though neither the henge nor the Dark Ages hut is original, they accurately depict the style of archaeological sites discovered in the Maelmin area. Visitors can walk through time, following information panels that show how the area developed, and how society evolved from the earliest settlers and henge-builders to the royal halls of the Northumbrian kings.

A second hut used to stand at Maelmin; a Mesolithic timber hut that was built during the filming of the BBC TV series 'Ancestors'. Though an information panel explaining the hut remains, the actual hut is no longer standing and is represented by timber posts on the ground.

The original hut wad based on an authentic hut discovered at Howick, near Craster. It dated to about 8,000 BC and was in use for 100 years. The Howick settlement was one of the best-preserved Mesolithic sites in England so archaeologists were able to determine quite a lot about how the original huts looked and how they were built. 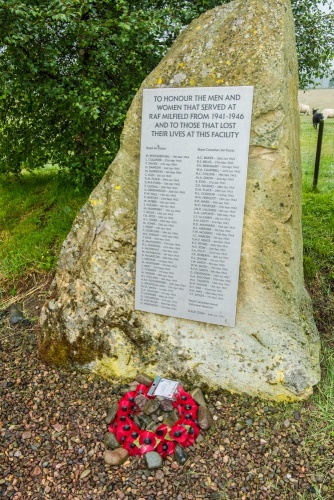 The Heritage Trail is adjacent to the RAF Milfield site. The airbase was opened in 1942 as a training base for US and Canadian pilots learning to operate the Hawker Hurricane aircraft.

The Flight Leaders School helped develop air tactics for low-level attacks and the use of rocket-propelled missiles. Tactics developed at RAF Milfield were used to great effect during Operation Overlord - the Normandy landings.

Very little remains of the airbase today but a memorial at the Heritage Trail parking area remembers those who served at RAF Milfield and those who tragically gave their lives. 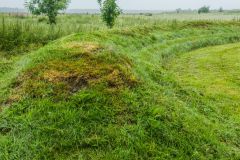 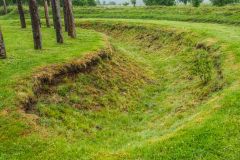 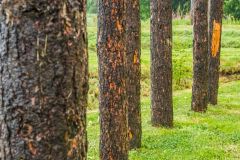 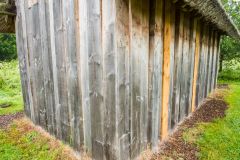 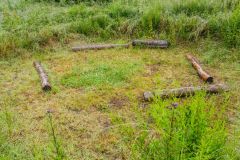 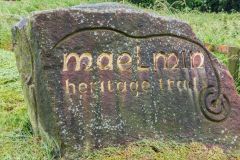 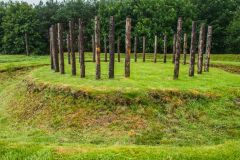