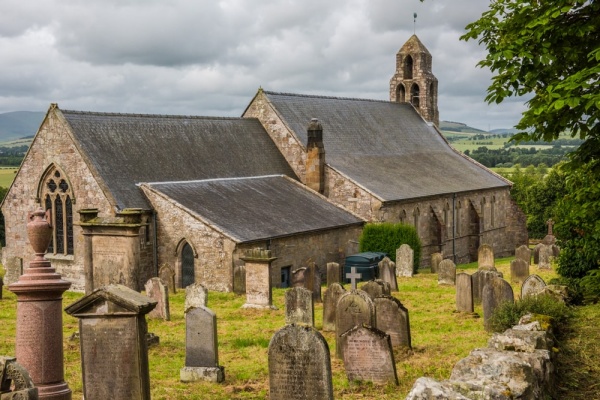 On a sloping hillside immediately outside the walls of Ford Castle stands the medieval parish church of St Michael and All Angels. The churchyard gives wonderful expansive views west to the Cheviot Hills and north to the River Tweed and the Scottish border.

From the churchyard, you can easily spot the Flodden battlefield where the armies of Scotland and England met in a bloody conflict in September 1513. King James IV of Scotland was one of the casualties. Just four days before the battle King James had captured and burned Ford Castle.

King James would have known St Michael's Church; perhaps he even stopped here to pray after burning Ford Castle. The church would already have been centuries old by that time. It was begun sometime in the early 13th century.

Surviving features from that time include the west wall, topped by a small bell-turret, along with the south aisle and the chancel. On the exterior of the south aisle are two statue niches that originally held statues of St Katherine and St Margaret. 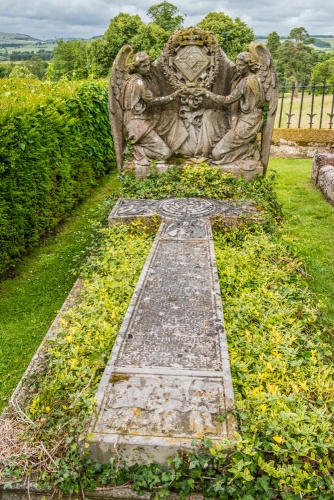 The church as we see it today is a result of a comprehensive 1853 restoration sponsored by Louisa, Marchioness of Waterford. The architect was John Dobson of Newcastle, who added a north aisle, widened the chancel arch, and raised the nave roof.

Behind the high altar is a reredos given by the villagers to remember Lady Waterford after her death in 1891. The communion rails are a memorial to Canon Hastings Neville, rector of Ford from 1872-1911. Canon Neville is known as the author of two books, Under a Border Tower and A Corner of the North, which vividly describes life in the border region in the late Victorian period.

The organ, east window, and choir stalls are a memorial to Marguerite, the wife of Baron Joicey, who bought the Ford estate in 1907.

The beautiful stone pulpit dates to 1887 and was installed to commemorate Queen Victoria's Jubilee. Beside the pulpit are two glass cases displaying a Book of Common Prayer and Bible given by Lady FitzClarence of Etal Manor in honour of her husband Frederick, the natural son of King William IV. Both Lord and Lady FitzClarence are buried in Etal Chapel. 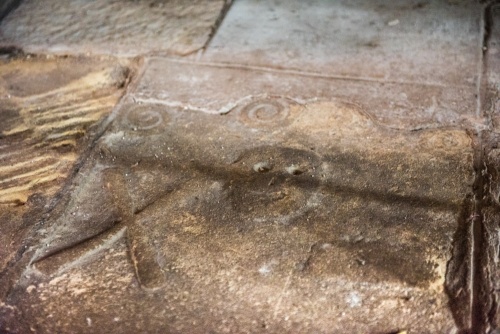 All of these memorials are of fairly recent vintage but the church does boast several historic grave slabs. Near the porch is a gravestone of a tailor, showing the tools of his trade. Nearby is a 13th-century knight's tomb carved with a cross and sword. The most interesting grave slab is carved with a Northumbrian bagpipe, chanter and bellows. Presumably the deceased was a piper.

One rector, Rev William Bradford, was murdered in 1575. Then, during Cromwell's Commonwealth a strict Puritan named John Pringle was forced upon the Royalist Carr family of Ford Castle. Pringle prudently resigned in 1660 when the monarchy was restored.

His replacement was James Scott, who had to be reprimanded by the Archdeacon for absenteeism. In his absence, preaching was performed by Gabriel Semple, a Covenanter who was forced to flee Scotland to escape arrest for illegal preaching. Life was eventful for the rectors of Ford!

St Michael's is a delight; the location is superb and the sympathetic Victorian architecture does nothing to detract from the great age and history of the church. 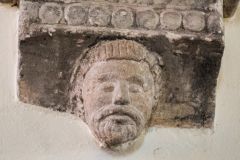 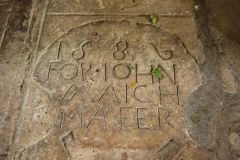 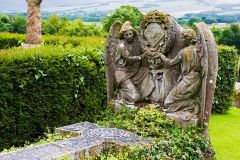 More self catering near Ford, St Michael & All Angels Church