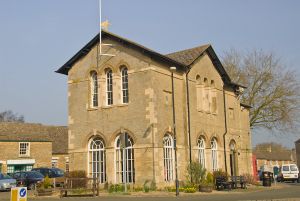 The small Oxfordshire market town of Bampton has a long history. It was known for many years as 'Bampton in the Bush', because it was located in the centre of a large expanse of common land. The town dates to the Saxon era, and by the time of the Norman Conquest it was the third-largest town in Oxfordshire.

Its early prominence was based upon salt mining but even better times were ahead; during the medieval period Bampton grew and prospered enormously from the booming wool trade.

In 1255 a second market was established, along with an annual fair. The town declined after the Black Death, and it was not until the burgeoning leather trade took off in the 17th and 18th centuries that Bampton regained its former status. The town was a centre for the production of gloves, breeches, and jackets, and was a major market for the area.

Bampton is an extremely pretty town, with many of the buildings constructed of golden-coloured local Cotswold stone. Quite a few historic buildings remain, including several thatched cottages. The town is also known for its Morris Dancing heritage, with regular performances of this traditional art. The attractive town hall is a Grade II listed building which houses the West Oxfordshire Art Gallery (otherwise known as West Ox Arts).

The parish church of St Mary dates to 1153, although there is evidence of an earlier Saxon building in the stonework of the west tower. A lovely spire was added to the tower in the 13th century. There are also a fine array of grotesques, or gargoyles, around the eaves of the nave and chancel.

Within the church is a beautifully carved stone rood screen dating from around 1400, and, nearby, an effigy of a knight, believed to be Sir Gilbert Talbot (b. 1390), of Bampton Castle. A few steps away from the church is Bampton Library, which is housed in a lovely Elizabethan listed building.

There was a castle at Bampton, though its origins are not clear. One version is that it dates to the reign of King Stephen, when Stephen's nemesis, Matilda, built a fortification here. Another version of events is that Bampton Castle was built by Aymer de Valence, Earl of Pembroke around 1314.

In either case, the castle no longer exists; it was destroyed in 1789, though parts of it were incorporated into Ham Court. The site can be viewed off the A4095 at the south-west corner of town.

About Bampton
Address: Bampton, Oxfordshire, England
Attraction Type: Town
Location: At the junction of the A4095 and B4449 about 6 miles south of Witney
Location map
Bampton Photos
OS: SP320046
Photo Credit: David Ross and Britain Express

More self catering near Bampton >>

More bed and breakfasts near Bampton >> 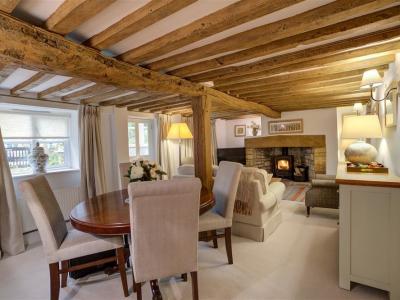 This 19th century cottage is situated in Bampton, Oxfordshire and can sleep four people in two bedrooms.
Sleeps 4 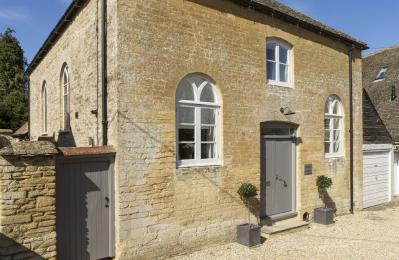 This unique stone chapel conversion is situated in the picturesque village of Bampton which fans of Downton Abbey may recognise as the fictional village seen in the TV series. Many …
Sleeps 4