HERITAGE HIGHLIGHTS:   The Norman church of St Britius boasts a carved Norman door and the effigy of a 13th-century knight. 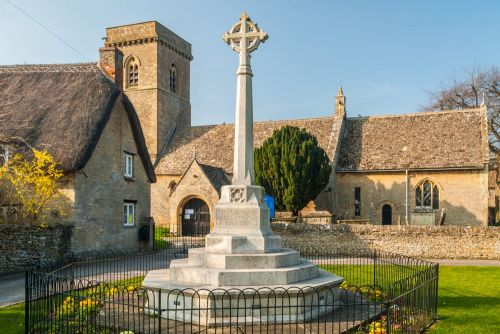 A small village east of Carterton, famous for the nearby RAF Brize Norton air force base, the largest RAF base in the UK. The village itself is quite attractive, composed largely of Cotswold stone cottages, and the occasional old thatched cottage.

The village dates to the Saxon period. It was mentioned in the Domesday Book as Nortone. The name changed several times over the ensuing centuries until it became established as Brize Norton around the 19th century.

The origins of 'Brize' are obscure. It may refer to the dedication of the parish church to St Britius, though that dedication was not the original one. It may alternately refer to a local magnate known as William le Brun. Until the coming of the RAF Brize Norton was an agricultural community.

The parish church of St Britius is a Norman building, enlarged in the 13th century. It boasts a beautifully carved late Norman doorway, while within the church is the memorial effigy of Sir John Daubyngne of Bampton, who died in 1346. 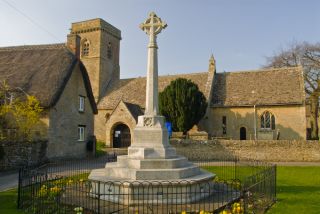 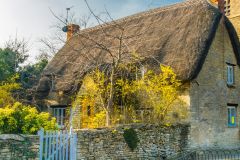 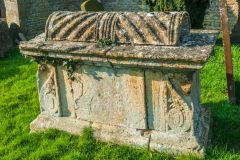 More self catering near Brize Norton >>