HERITAGE HIGHLIGHTS:   A massive Saxon church with a huge polygonal apse, and its original crypt, plus grand memorials to the Dormer family. 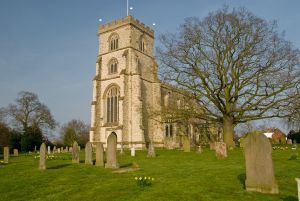 Perhaps the most impressive Saxon parish church in England, All Saints in Wing is notable for the sheer height of the aisled nave, and the existence of a complete Saxon crypt under a polygonal apse. itself of unusually large size.

Wing church is approached through a lovely wooden lych gate, built around 1920 as a memorial to former vicar Francis Tatham. Once through the lych gate, you get your first good look at All Saints. At first glance, the church appears to be Perpendicular in design. But first glances can be deceptive; we aren't sure when the church was built, but parts of the nave and the crypt may have been in existence in the 9th century.

At some point, perhaps in the late 10th century, the early church was expanded with the addition of aisles and a three-bay arcade. The crypt was then enlarged and re-vaulted.

Further additions took place in the 14th century when the present south aisle was added, and the 15th century, when a clerestory was rebuilt and the west tower added. The tower incorporates what appear to be Roman stones in its lower courses. A south porch was added to the structure in the 15th century.

The most immediately striking external aspect of the Saxon church is the two-story rounded apse. On the south side of the apse you can see where ancient clerestory windows have been blocked up. At the base of the apse are arched openings looking down into the crypt.

The north aisle is also pre-Conquest, with the addition of 14th and 15th-century windows. The south aisle is a 14th-century rebuilding of the Saxon aisle.

Right, so that's the exterior; what about the interior of the church? The most immediately impressive feature of the interior is the sheer size of the Saxon nave. It is really quite extraordinary. The chancel arch is 20 feet wide, making it by far the widest Saxon arch in England. High above the chancel arch is a two-light Saxon window. This delightful relic was blocked up for many years and hidden beneath plastering. It was only discovered during renovations in 1892.

The bones of Wing church are fascinating, but what of the interior furnishings? Here there is more rich reward for visitors. In the north aisle is a huge monument to Sir Robert Dormer, composed of a decorated sarcophagus beneath a wide canopy.

The memorial is quite unlike typical British design, and may be French, yet it is built of local stone. The date '1552' is inscribed on the sarcophagus; this is likely the year of Sir Robert's death, rather than the year that the monument was erected. In the chancel are even more elaborate Dormer memorials.

On the north side is the tomb of William Dormer and his wife Dorothy, erected in 1592. To the south is the memorial to Robert, 1st Lord Dormer (d. 1618). These heraldic tombs are typical of their period, with effigies of the deceased and their families, all gilded and embellished with ornate heraldic elements.

Both monuments are, unusually, still protected by their original iron railings. The church also boasts several medieval brasses, among the best of which is that of Thomas Cotes (d. 1648). This humorous brass is set onto the south wall at the west end of the nave. The delightful inscription read

Honest old Thomas Cotes, that somtime was porter art Ascott Hall, hath now (alas) left his key, lod, fyre, friends, and all to have a roome in heaven, this is that good mans grave. Reader prepare for thine, for none can tell but that you two may meete to night farewell.

He died the 20th of November, 1648. Set up by the appoyntment and charges of his friend, Geo. Houghton

The rood screen is restored 16th-century work, the pulpit is Jacobean. 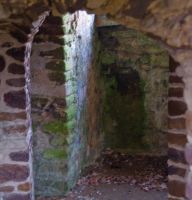 Nearest Accommodation to Wing, All Saints:

More self catering near Wing, All Saints >>

More Hotels near Wing, All Saints >>

More bed and breakfasts near Wing, All Saints >>