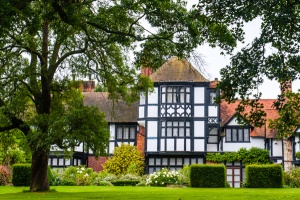 Ascott was little more than a timber-framed Tudor farmhouse when it was purchased in 1873 by Mayer de Rothschild, a member of the wealthy de Rothschild banking family.

The Tudor building was renovated by George Devey for Leopold de Rothschild and over the next 75 years the house was enlarged and remodelled as a showcase for the family collections of Oriental porcelain, paintings, and fine furniture.

Ascott is not so much a stately home as a rambling Tudor house, full of odd bays and gables that seem to sprout like mushrooms from the timber-framed walls. In fact, that was Devey's vision; to create a house that looked as though it had grown piecemeal, bit by bit, over the centuries.

The ground floor is largely red brick, with the upper floors timber-framed. Much of what we see now is 19th and 20th century, though part of the original house still survives almost swallowed up by the later renovations. A beam over the front entrance bears the carved date 1606.

Though the interior is a mix of authentic Tudor beams and later copies, it is the art that really makes the house come alive. The Rothschild owners had a taste for fine art, and the money to collect only the best. And here, as at the nearby Rothschild property of Waddesdon Manor, the best is very, very good indeed.

There are paintings by Romney, Turner, Reynolds, and Stubbs. The latter is represented by one of his most famous paintings; 'Five Mares'. There are Dutch Old Master paintings and portraits by Gainsborough, but the real treasure at Ascott is the Chinese porcelain collection, with pieces dating back to the Han dynasty (c. 200 BC). One of the oldest paintings is the 1520 'Madonna and Child with St John' by Andrea del Sarto. 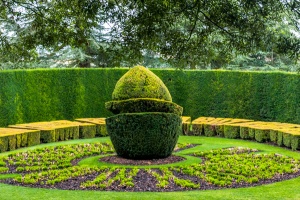 The house is set in enjoyable gardens, composed of an unusual mix of formal Victorian and 20th century informal plantings, a mix of trees, shrubs, and informal walks. Much of this was laid out from 1902 by Leopold de Rothschild, as a wedding gift for his wife, though the designs were by Sir Harry Veitch.

The most striking feature of the gardens is a large topiary sundial made entirely of box and yew clipped to form a large series of Roman numerals with a bulbous gnomon, or pointer, in the centre. Around the gnomon is the motto 'Light and shade by turn, but love always' formed from golden yew.

Other highlights in the garden include a magnolia dell and a curving Serpentine walk leading to a Lily Pond. This is a beautiful oval pond that was designed to be a skating area in winter. On one side is a thatched Skating Hut, designed by George Devey.

I've seldom met a more friendly group of room stewards than at Ascott; our family was treated like treasured guests and made to feel so much at home that by the end of our exploration we felt like old family friends.

The artwork at Ascott is exceptional, but what is even more appealing was the relaxed atmosphere of the house. This is not an opulent showpiece house, but a comfortable family retreat. It just happens to be full of some of the finest art and furniture in the country! 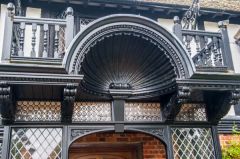 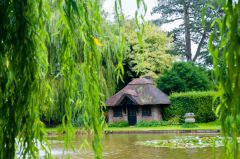 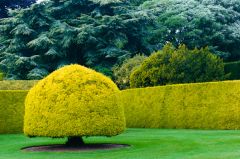 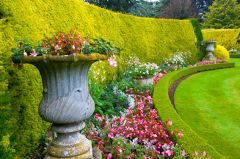 More self catering near Ascott House