Coldharbour Mill Museum
A working spinning mill set in a lovely Devon village. Coldharbour Mill was built in 1799 by Thomas Fox to spin woollen yarn. For the Fox Brothers Company The mill was later converted to spin worsted yarn. It offers a unique glimpse into Georgian industrial architecture and enterprise.
The mill ceased operation on 1981, but in the following year it was purchased by a charitable trust, who reopened the miull as a textile museum and a working mill, producing high quality worsted yarn on original machinery, including spinning frames and power looms.

Thomas Fox was a Quaker, and the mill exhibits show how he applied his attitudes to the humane treatment of his mill employees.

Among the historical machines on display are a High Breast shot water wheel dating to 1821. This is thought to be the largest such wheel in the south-west. There is also a 1910 300 hp steam engine built by Pollit & Wigzell.

The mill organizes regular workshops where participants can learn textile skills such as spinning, weaving, and knitting. There is also an ongoing educational programme aimed at school-age children, and the museum has been given several awards for Outstanding Contributions to Heritage Education. 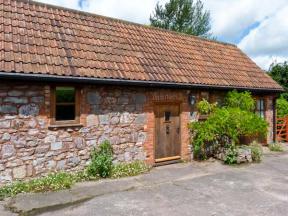 This welcoming barn conversion is situated on the outskirts of Uffculme village in Devon and sleeps two people.
Sleeps 2