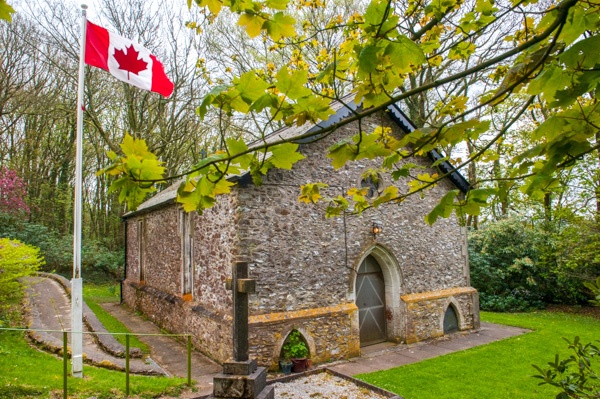 A piece of Canada in the heart of rural Devon, Wolford Chapel is the burial site of Lord Simcoe, 1st Lieutenant Governor of Upper Canada.

John Graves Simcoe was born at Cotterstock, near Oundle, in 1752, the son of a captain the Royal Navy. He embarked on a military career and fought in the Revolutionary War, where he was wounded at the siege of Yorktown in 1781.

Simcoe was sent home to England to recuperate, and while convalescing he met and married an heiress named Elizabeth Gwillim. Elizabeth's money paid for Wolford, a 5000-acre estate near Honiton, where the couple built Wolford Lodge. The Lodge remained the Simcoe family's main residence until 1923.

In 1791 Simcoe was placed at the head of British administration in Upper Canada, taking in a territory roughly equivalent to southern Ontario, Lake Superior, and Georgian Bay.

Simcoe held the post for just five years but during that time he tried to create a model community based on conservative principles, with an established aristocracy at its head; an idealised version of British law and tradition opposed to the American vision of democracy and Republican ideals south of the border. He founded the city of York, now Toronto, and abolished slavery, long before it was abolished in England.

Simcoe later served as Commander in Chief of British forces in India, and died in 1806. 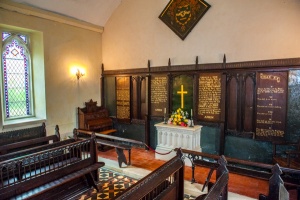 John and Elizabeth Simcoe were buried in the chapel they had erected in 1800 near their family home of Wolford Lodge. The chapel is thought to have been built on the site of Wulphere Church, but if so, no trace of the earlier church can be seen. Wulphere may refer to Wulfhere, a 7th-century king of Mercia.

The couple's children were later buried at the chapel near their parents. The simple early 19th-century structure remains almost completely unaltered since it was built. The chapel and estate were later purchased by a wealthy publisher named Sir Geoffrey Harmsworth.

In 1966 Harmsworth granted the chapel and its historic furnishings as a gift to the Ontario Heritage Trust, and gave the deed to the chapel to John Robarts, then serving as Premier of the Province of Ontario. At the same time, a permanent right of way to the property was established across the Simcoe Estate.

The chapel is maintained by a local charity, but is, quite literally, Canadian territory. A Canadian flag flies outside the chapel, which is open most days to visitors. 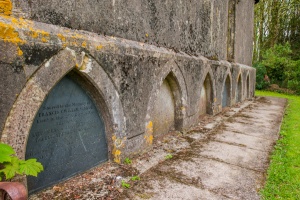 The building is very simple, consisting of a rectangle built from local stone rubble with limestone ashlar dressing. There is an entrance at the west end, and the exterior is decorated with arched niches containing plaques to members of the Simcoe family. The interior is floored with 19th-century tiles and there is a Gothic-styled oak reredos with painted panels behind the altar of Beer stone.

Along one side is an impressive oak reading desk and pews, with decorative wainscotting incorporating pieces of 17th-century carving from an earlier building. On the walls are painted boards with coats of arms, and on the west wall is a plaque commemorating the gift of Wolford Chapel to the Premier of Ontario.

I grew up in Canada, so the name of Lord Simcoe was familiar to me. Even so, I knew very little about the man, but to see the Canadian flag flying beside the simple stone chapel did give me a sense of connection and no little pride!

The chapel will be of most interest to Canadians or people with a connection to Ontario, but it is still an interesting historic building to visit in its own right. The location is so remote and quiet that you feel you are stepping back in time. The interior, though small, is a delight, with beautiful woodwork and oak altar rails recreating a Georgian Gothic ambience. 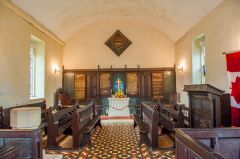 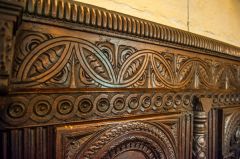 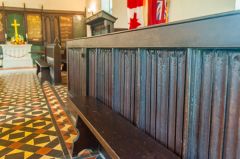 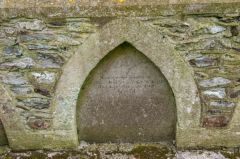 More self catering near Wolford Chapel