HERITAGE HIGHLIGHTS:   The tallest three-sided obelisk in the world 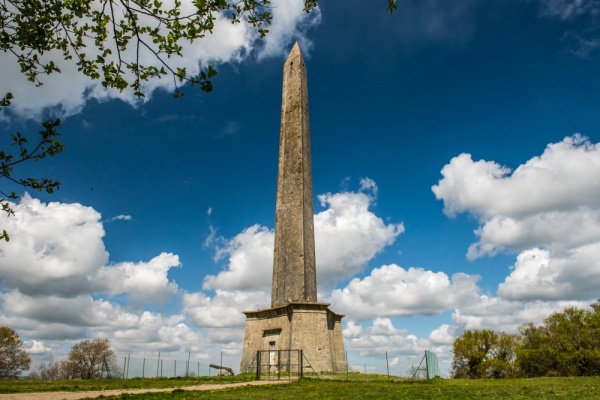 On the highest point of the Blackdown Hills, looking out over the historic market town of Wellington, Somerset, stands the Wellington Monument, begun in 1817 to celebrate the Duke of Wellington, the victor of Waterloo.

The views from the Monument are amazing, taking in the Vale of Taunton and extending over the Bristol Channel and Exmoor National Park.

The Monument is famous as the tallest three-sided obelisk in the world, reaching 174 feet (53m). The Monument's story began in 1815 when the idea was first mooted to erect a monument to commemorate the Duke's triumph over Napoleon at the Battle of Waterloo. A design competition was launched and the winner was architect Thomas Lee Jnr. Funds were raised by public subscription, and such was Wellington's popularity at the time that it seemed the money would easily be enough for the project.

The chosen location was on the highest point of the Blackdown Hills, which formed part of the Duke's estates. Lee's design called for a huge triangular column on a stepped plinth, topped by a cast-iron statue of the Duke in a suitably triumphant pose. 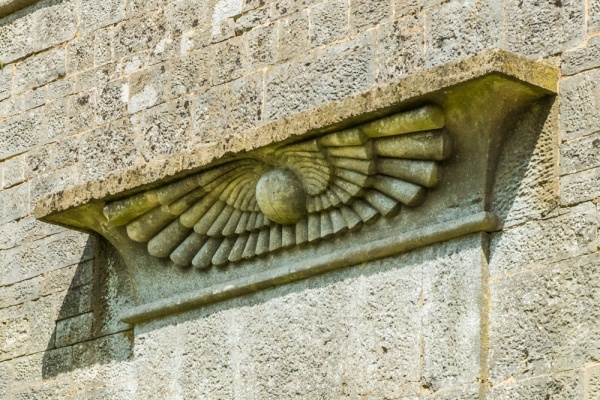 Like so many building projects, the estimated cost proved very optimistic, and the money ran out after just a few months of construction, leaving a truncated column just 45 feet high (14m).

Intermittent construction carried on for decades, but by this time public support for the Monument began to peter out, so the design was simplified. The living quarters for soldiers were omitted, as were the cannons and statues of lions. The idea of the Duke's statue was scrapped and the Monument became simply a tall column.

The column was completed in the 1820s to its planned height. Then in 1846 lightning struck the column, followed less than a decade later by a second strike. The lightning caused structural damage to the column, which was declared a safety hazard. Architect Charles Giles was called in to draw up plans to repair and complete the Monument. This time public enthusiasm for the project was rekindled as Giles' new plans coincided with the Duke's death and state funeral.

Giles created a completely new vision for the Monument, transforming it from a pillar intended as a statue base to the tallest free-standing obelisk in the British Isles. The style is reminiscent of an Egyptian column, and that style is emphasised by a scarab design over the Monument doorway at ground level. 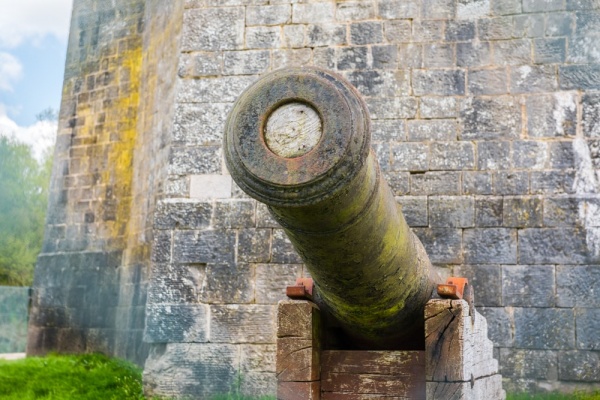 A Waterloo cannon at the Monument base

The column was built with internal stairs so that visitors could climb 235 steps to a viewing platform near the top. Near the peak is a 'swinging stone' that allows you to see how it moves in the wind.

The Monument had to be restored again in 1892 and at regular intervals since then. The 1892 restoration saw the top 20 feet repaired and the column heightened by an additional 5 feet.

The Monument was in the news in 2005 when it had to be fenced off after falling bits of masonry made it unsafe to approach closely. In 2015 the National Trust launched an ambitious project using ground-penetrating radar to 'see' beneath the stone cladding and create a computer model of the structure so that they could discover what was causing it to slowly fall apart.

The radar helps find cavities in the underlying stonework and also reveals what types of material were used. The Trust also used wind and movement sensors to determine how much the building flexes in the wind. 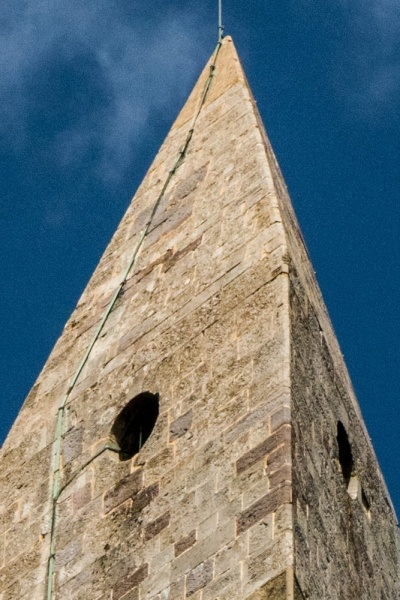 From the M5 take Junction 26 to Wellington. Follow the A38 for 1 mile then turn left onto Monument Road, which rises up the slopes of the Blackdown Hills. At the top of the ridge you come to a crossroads. Turn right and you will find the National Trust car park just ahead on your right. From the car park, you follow a lovely shaded avenue of beech trees to a clearing where you will find the Monument.

When we visited the Monument the area around the column base was still fenced off, but to be fair the fence didn't really prevent you from appreciating the impressive height of the column and its architecture. Inside the fence are two cannons cast from French guns captured at the Battle of Waterloo.

The National Trust has laid out several interesting walks taking in the Monument, including a 'Monument Wander'; a one-mile walk through historical woodlands and grasslands, linking up with a network of trails that lead throughout the Blackdown Hills. 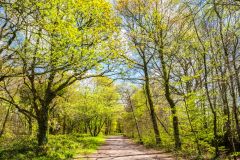 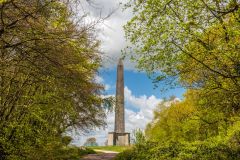 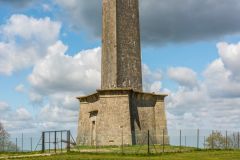 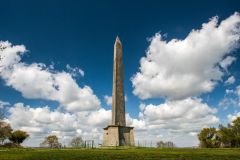 More self catering near Wellington Monument

Self Catering near Wellington