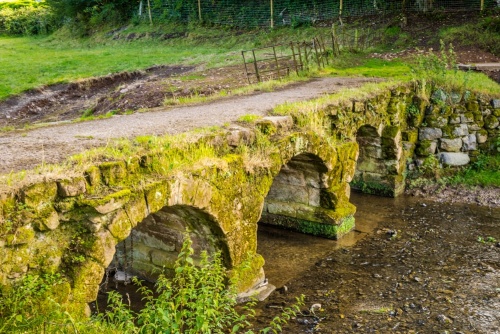 Bow Bridge is a 15th-century three-arch bridge built by the monks of nearby Furness Abbey across Mill Beck for the purpose of accessing New Mill, a watermill belonging to the abbey, which once stood on the south-west bank of the beck. The bridge stands on an old packhorse route to the abbey.

Each of the three arches spans seven feet, and the bridge is 10.5 feet across. The most likely date of construction is between 1490-1500, though one of the stones carries a 14th-century mason's mark. This probably means that the stone was simply reused from another site, perhaps from the abbey itself. 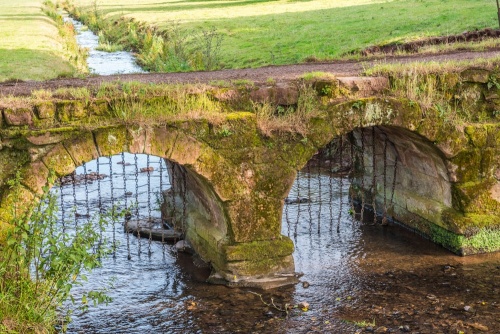 Bow Bridge from the north

There is no parking for the bridge, though there is space for two-three cars in a layby on the opposite side of the road - though since the bridge site is not signposted it is very hard to know exactly where to stop. An easier, though not necessarily quicker, way to visit Bow Bridge is to take the public footpath from nearby Furness Abbey.

There is a public parking area at the southern end of Furness Abbey beside the Abbey Mill Cafe on Manor Road. start walking up the road past the cafe and you will see a footpath sign half-hidden in the trees to your right.

The start of the footpath is almost directly opposite the southern end of the abbey site. The footpath leads through a gate into a farm field where cattle were grazing when we visited. Simply follow the footpath through the field. It follows the course of Mill Beck to a modern concrete footbridge. 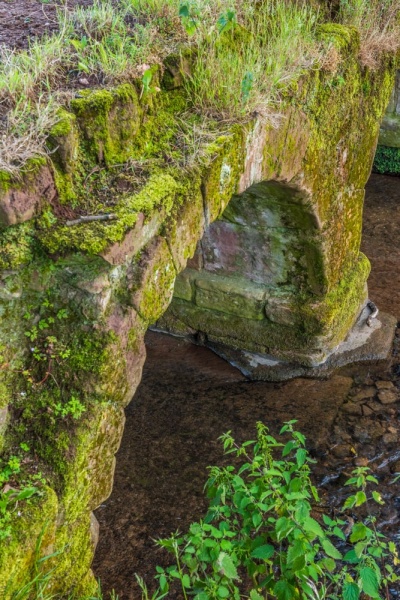 A closer look at the medieval construction

Cross over the beck and continue on the other side until you come to Bow Bridge. From the Abbey Mill Cafe parking area to the bridge is about 10 minutes easy stroll, though you will want good waterproof footwear if there has been recent rain.

Unfortunately, there is no information panel at the bridge to help explain the history of the bridge and how and why it was built. Though you can easily cross over the bridge you can't access the field behind it which is on private land so you can really only see it from the north.

The footpath ends at the far side of the bridge, though it is easy enough to continue across the field to join Parkhouse Road if you prefer to return on a paved surface. 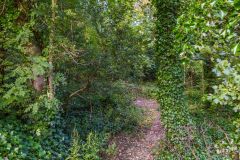 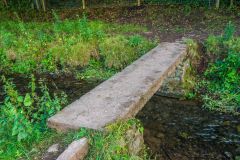 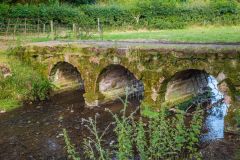 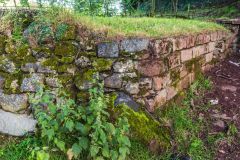 More self catering near Bow Bridge >>