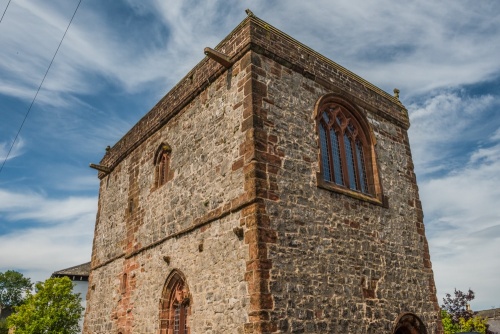 Dalton Castle stands at the upper end of the Dalton-in-Furness Market Place. The rectangular tower was built in the early 14th century on the site of an earlier stronghold. The story goes that a raid by Scots under Robert the Bruce caused such damage to lands owned by powerful Furness Abbey that the abbot decided that a strong defensive structure was necessary. He ordered a tower built, and Dalton Castle is the result.

During the medieval period, most of the Furness peninsula was owned by Furness Abbey. The abbey's right to the lordship of Furness was established in a grant by King Stephen in 1127. The charter gave the abbot of Furness the right to hold trials, establish courts, and administer justice as he saw fit.

A charter of 1292 shows that the abbot ordered a pillory, gallows, and a ducking stool to be built, so it would seem that his form of justice was quite severe, in line with the standards of the day.

Robert Bruce of Scotland raided the Furness region in 1314 and probably destroyed the monk's administrative buildings. It was probably in response to this raid, and another Scottish attack in 1346, that a new, more strongly fortified administrative headquarters was built. 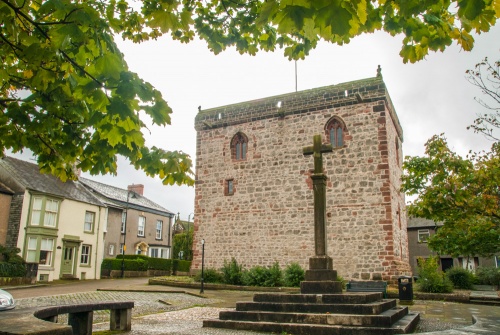 The castle and market cross

The new administrative building took the form of a fortified tower, to protect the abbey's possessions from further attack. Much of the stonework we see today dates to the period 1315-1360.

The castle is a simple structure, of the type known as a Peel Tower. This type of tower was very common in the north of England, and developed as a way to counter the threat of invasion by the Scots. Though it was not specifically built as a residence like other peel towers, it is indistinguishable in layout from other residential fortified towers such as Preston Tower in Northumberland.

Dalton Castle is an almost perfect rectangle, measuring 30 feet by 45 feet, with walls 6 feet thick. It stands three storeys tall and is surmounted by a simple parapet. Within the thick stone walls were a courtroom, two administration rooms, a dismal dungeon, storerooms, and guardrooms.

After the threat of Scottish invasion diminished, the castle served as a courthouse and a prison. By the late 14th century the Abbot held courts every three weeks to hear cases of trespass and debt. 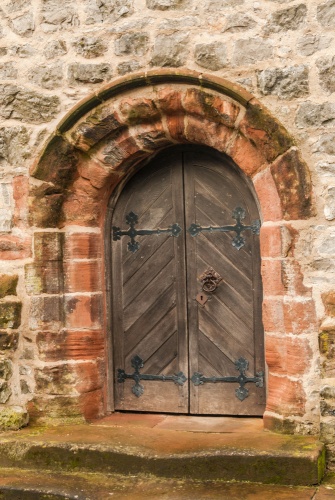 When Furness Abbey was suppressed during the Dissolution of the Monasteries the castle was seized by the Crown, and Henry VIII ordered it to be repaired and strengthened, using stones taken from the ruins of Furness Abbey. He then granted it to the Duke of Abermarle. From there it passed to the Dukes of Montagu, and then to the powerful Dukes of Buccleuch. 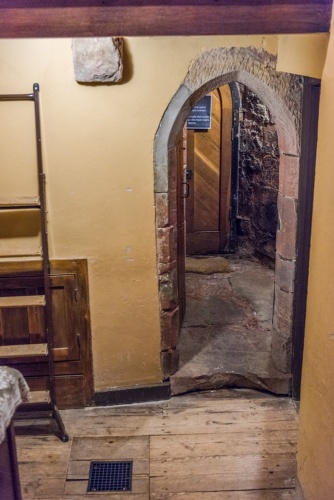 The dungeon access
(through the grill in the floor)

In 1856 the castle was radically rebuilt. Interior divisions were removed, turning the upper three floors into a single large chamber.

In 1965 Dalton Castle was given by the 8th Duke of Buccleuch to the National Trust. The Trust opens it to the public, but only with limited weekend hours. The interior features a display of medieval armour and exhibits on the history of the castle and nearby Furness Abbey, as well as details on local artist George Romney, who is buried in the churchyard of St Mary's parish church just a few steps from the castle.

In front of the castle is Market Place, the original site of the medieval market. You can still see large stone slabs where fish were laid out to dry in the sun. 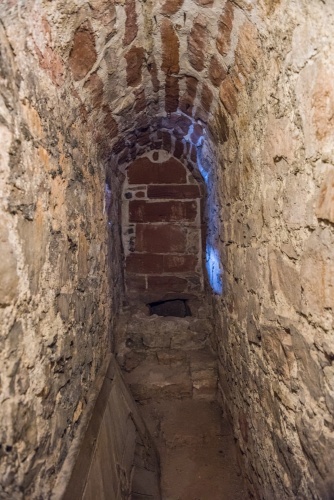 The castle is well signposted from surrounding roads, but be aware that there is no dedicated parking area and parking can sometimes be a problem. The first time we visited the castle we found a parking space on the market place a stone's throw from the castle but the second time we were forced to find a space on a side street some distance away.

There is also a regular programme of special events. On our last visit, there was a hands-on workshop allowing visitors to learn how to make an illuminated manuscript. 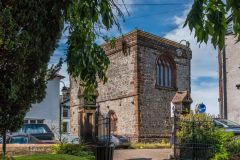 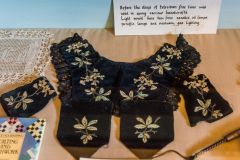 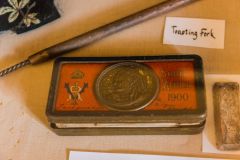 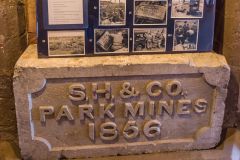 More self catering near Dalton Castle