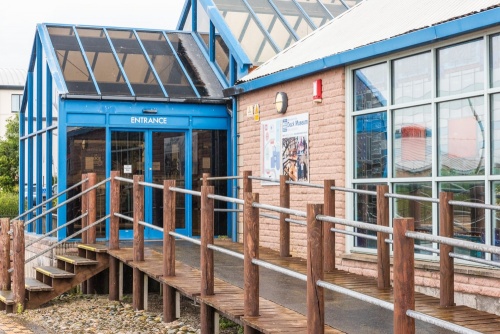 This fascinating museum is built in and around a historic dry dock and tels the story of Barrow-in-Furness from its heyday as one of the busiest ports in Britain to its role in building Britain's submarines and airships. Follow the story of Barrow from prehistory to Viking settlers, and its days as a Victorian boom town thanks to the discovery of iron ore in the Furness Peninsula.

The discovery of iron ore transformed Barrow from a sleepy farming village to a booming port town. The Dukes of Buccleuch and Devonshire poured money into an ambitious project that would have seen Barrow rival busy industrial towns like Liverpool and Sheffield.

The transformation of Barrow astonished contemporaries like the Bishop of Carlisle, who wrote that it was 'One of the miracles of our time; I look upon it with that same sort of wonder with which some people regard the pyramids'. Within 20 years Barrow was a bustling, brawling town of some 45,000 people, dubbed Britain's answer to Chicago. 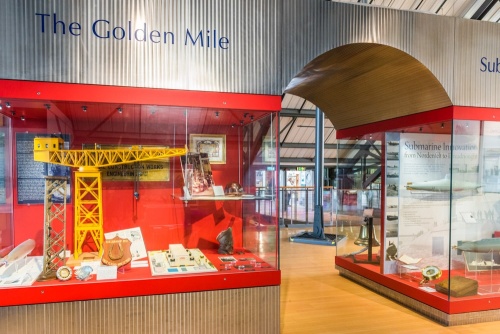 The first dock was built in 1865, followed in 1871 by the shipyard. Workmen flocked from across Britain to find work in the shipyards, building transport ships, airships, warships, ocean liners and - eventually - submarines.

The shipyard gained a reputation for engineering innovation and began to manufacture engines and armaments. The first ship launched from the Barrow shipyards was the Duke of Devonshire (1873). The heyday of the shipyard came in 1917 when over 31,000 workers were employed here.

By the 1990s that number had dropped to just a few thousand, but the shipyard continues to operate, focussing solely on submarines at this time.

One of the historic dry docks was transformed into the Dock Museum in 1994. 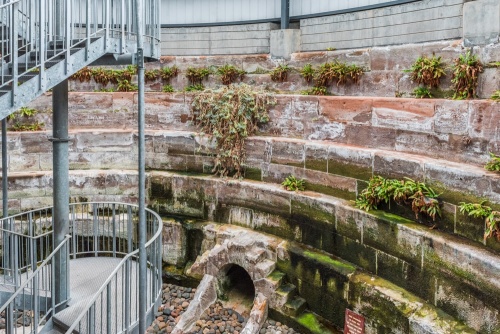 Looking into the historic dry dock

Three small historic vessels are preserved inside the museum and a fourth is on display on North Road, adjacent to the museum. Inside the museum is a 19th-century private yacht called White Rose, a 1914 Morecambe Bay trawler called Nance, and a fishing boat dubbed 'Whammel'. Outside is the Watson-class RNLB Herbert Leigh.

There is much more to the Dock Museum than its historical setting, though. The museum has an impressive collection of historical objects ranging from prehistory to the present day, telling the story of the shipyards and the people who lived and worked here. Learn about the 'Barrow Blitz', a series of devastating bombing raids on Barrow during April and May 1941.

The oldest item is a Palaeolithic stone axe made about 12,000 years ago. The axe is thought to be the oldest tool ever found in Cumbria. A youngster by comparison is a replica Viking longboat. 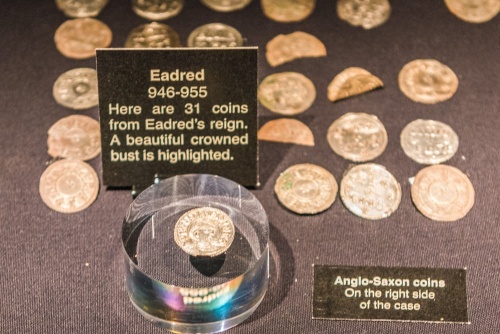 Coins from the Furness Hoard

Unearthed by a metal detectorist in 2011, this impressive collection of silver coins and jewellery is the largest Viking find in southern Cumbria. The Hoard consists of 92 silver coins including ingots and an arm-ring.

Other Viking artefacts include a sword discovered in Rampside churchyard by a sexton digging a grave, and a 9th-century lead weight with decorative insets. There is also a Viking spindle whorl made of slate.

In 2012, the year following the discovery of the Furness Hoard, another metal detectorist found a Roman bracelet near Dalton. The bracelet dates to the 2nd century AD and features a gemstone carved with the figure of Jupiter.

The Dock Museum is very well signposted from around Barrow. It is on North Road near the intersection of the A590 and Hindpool Road.

The Dock Museum is free to enter. There is a large free parking area and a children's play area directly beside the museum. 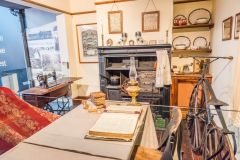 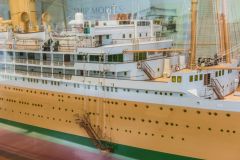 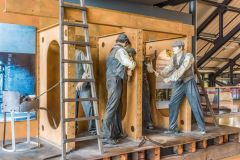 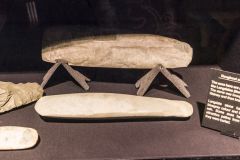 More self catering near Dock Museum

Self Catering near Barrow-in-Furness