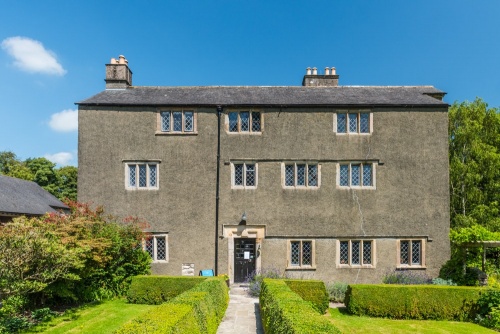 This unassuming 16th-century manor on the outskirts of Ulverston is famous for its association with George Fox and the founding of Quakerism.

Swarthmoor Hall was built about 1586 by George Fell, a local lawyer. On his death it passed to his son, Thomas Fell, who moved here in about 1634 with his wife Margaret, then only 18. Thomas Fell was a judge, an MP active in the Long Parliament, and later in life became Chancellor of the Duchy of Lancaster.

Fell was often away on business, but his reputation for hospitality meant that Swarthmoor Hall welcomed frequent travellers. On 28 June 1652, one such traveller arrived at Swarthmoor in the form of George Fox, who was at that time just beginning on a career of preaching his version of a simpler form of Christian worship than that espoused by the established Church of England. Fox had already been imprisoned on at least one occasion for illegal preaching. 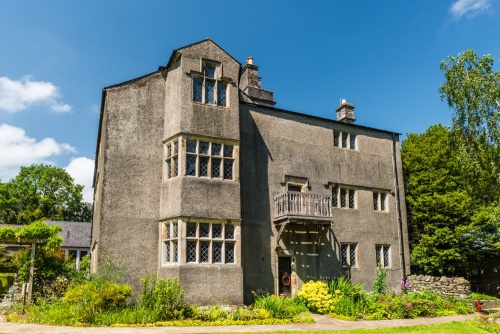 Fox's arrival at Swarthmoor was to signal an upheaval in the lives of the Fell family. Margaret Fell heard him preach, and found herself swayed by his reasoning. Thomas Fell, when he returned home, was less convinced, but he did agree to let Swarthmoor Hall to be used by Fox and his followers as a meeting place.

This they continued to do until 1691 when they moved into a new Meeting House a few hundred yards away from the Hall. More than just a meeting place for early Quakers, Swarthmoor Hall acted as a sort of central headquarters, where Quakers received guests, transmitted letters, and came for spiritual and material refreshment.

Thomas Fell died in 1658, and 11 years later, in 1669, George Fox married Margaret Fell. Fox returned to Swarthmoor frequently, though much of his time was spent travelling and preaching. Fox died in London in 1691, while Margaret Fell died at Swarthmoor in 1702. The Hall remained in the Fell family until sold by Margaret Fell's grandson, John Abraham, in 1759.

In 1902 the Hall was purchased by Emma Clarke Abraham, a direct descendant of John Abraham. Emma Abraham worked to restore the Hall, and on her death, it passed to her nephew, who sold the Hall to the Religious Society of Friends (Quakers), in whose hands it remains today. 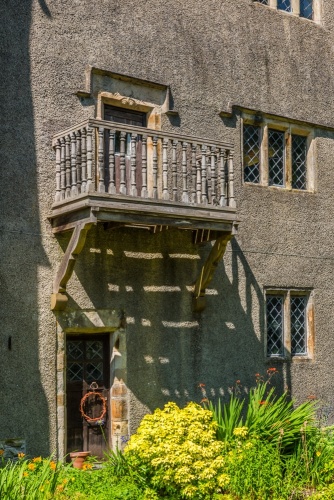 You tour the house using an audio guide, which relates the story of the Hall, the Fell family, and early Quakerism. There are two main rooms on display on the lower floor, a hall, and Thomas Fell's study. Upstairs there are two bedrooms, and, tucked under the eaves is a further chamber where 60 of Cromwell's men are thought to have slept one night during the Civil War.

Throughout the house are articles associated with the Fells and George Fox, including two chests owned by Fox, and a bed made of lignum vitae, weighing two tonnes. There is a great deal of 17th-century furniture, some of it very fine indeed.

Though very few of these pieces were originally at the Hall, they are the sort of furniture that would have been owned by the Fell family in the mid-17th century and help to give some idea of what the house would have looked like when George Fox and the early Quakers lived here.

It would be a mistake to think of Swarthmoor Hall as a stately home; it is a fine example of a 16th and 17th-century country house of the sort owned minor gentry. A small garden surrounds the house, and from the garden you can see a small second-floor balcony where George Fox is said to have preached to a crowd gathered below.

One final note about visiting Swarthmoor Hall: at the end of my tour of the house I was offered a cup of tea and a biscuit, and a comfortable chair by the fire for a quiet chat. Now, if only all historic houses did that! 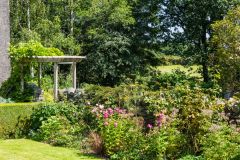 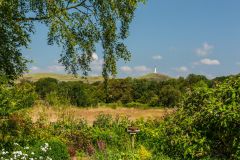 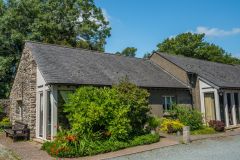 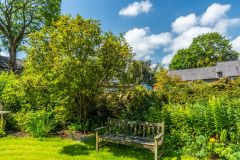 More self catering near Swarthmoor Hall