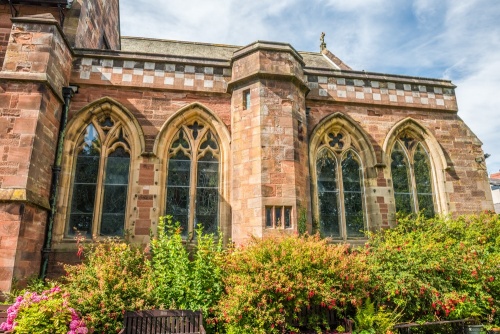 At the top of the Market Place in Dalton-in-Furness, a stone's throw from Dalton Castle, stands the imposing 19th-century parish church of St Mary.

There has been a church in Dalton-in-Furness since the 8th century, but the attractive Victorian building we see today was erected in 1882 to replace an earlier medieval building. Throughout the medieval period, the church in Dalton was closely linked to nearby Furness Abbey.

The church we see today was begun in 1882 and finished in 1885 and features a striking west tower. The new church was built as a point of local pride; prominent merchants and landowners of Dalton wanted a church to compete with the St George's Church in neighbouring Barrow-in-Furness. 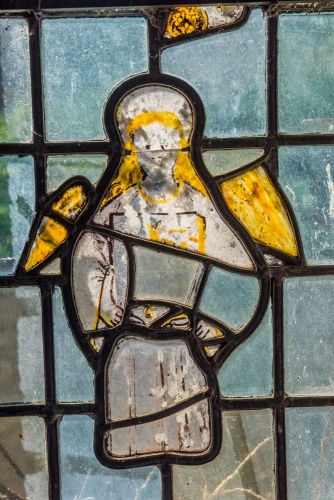 The church was designed by the architectural team of Edward Graham Paley (who also designed St George's Church in Barrow) and Hubert James Austin of Lancaster, who, in occasional partnership with Edmund Sharpe, designed churches and country houses across the north of England.

Like most of Paley and Austin's churches, St Mary's was designed in Gothic Revival style, reminiscent of the 14th century. St Mary's is considered one of their best churches. It is built of red sandstone, and the tower and upper part of the walls have a distinctive red and white chequerboard pattern of stonework.

The architects incorporated fragments of medieval glass from Furness Abbey into the windows. The best medieval fragments are in the north porch, where you enter the church. Here you can see figures of saints made around 1320-1360. 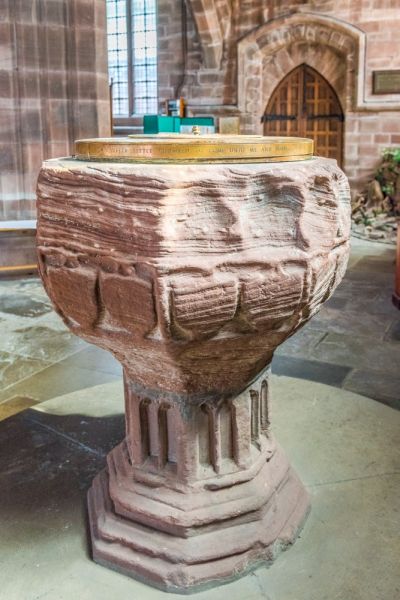 The 14th-century font from Furness Abbey

The rest of the glass is Victorian, and of a very high standard, including designs by such prominent artists as Burlison and Grylls (founded in 1868), and Shrigley and Hunt (established in 1874).

The east window was given by the Duke of Devonshire in memory of his son Lord Frederick Cavendish, who was murdered in the notorious Phoenix Park killings in 1882. Cavendish had the misfortune to be walking in Phoenix Park, Dublin, with Thomas Henry Burke, the Permanent Under-Secretary for Ireland. Attackers from the Irish National Invincibles nationalist group had plotted to kill Burke (which they did), and Cavendish was simply in the wrong place at the wrong time.

Aside from the medieval glass, the most interesting historical feature inside the church is a 14th-century font which was brought here from Furness Abbey. 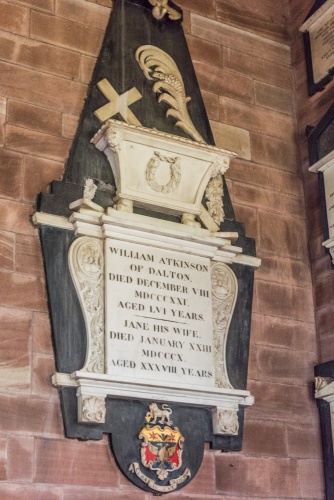 There are several good 19th-century wall monuments including one to Elizabeth Baldwin (d 1848). Here epitaph describes her as

Lowly in mind, and devout in spirit,
exercising habitual self denial
and labouring to do good in her generations.

Another memorial commemorates Rev Joseph Kirkbank, who served as the vicar of Dalton for over 25 years before his death in 1848. 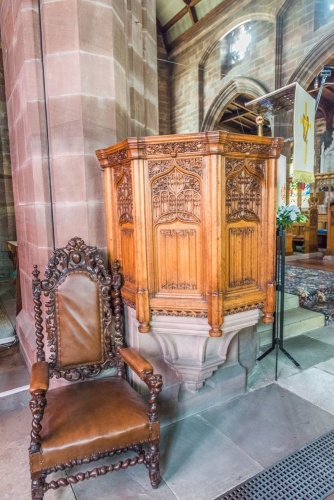 In the churchyard is the grave of the 18th-century portrait painter George Romney, who was born in Dalton-in-Furness in 1734. Romney was the son of a cabinet maker and grew up in what is now Barrow-in-Furness. He was educated in Dendron but left school at 11 to become his father's apprentice.

He showed an aptitude for drawing and designing, and at 21 he left home to study art with a portrait painter named Christopher Steele in Kendal. He married young - a decision he seems to have regretted. He left his wife and children behind in 1762 and went to London to make his fortune.

Things were difficult at first, but by 1775 he was attracting a circle of wealthy clients. He was elevated to the same status as his fellow painters Thomas Gainsborough and Sir Joshua Reynolds, with whom he had an acrimonious relationship throughout his life. 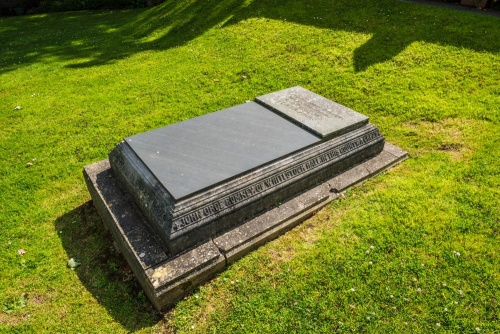 Romney is known for painting Emma Hamilton over 60 times, often posing as a mythical or historical character. In 1799 Romney returned to his wife Mary in Kendal, who nursed him through the final years of his life. He died in November 1802 and was buried at St Mary's Church in his hometown of Dalton-in-Furness.

His tomb is in the form of a very low slate slab in the form of a table set onto a limestone plinth. The design is exceptionally simple, with an inscription around the edge of the plinth reading, 'THIS MEMORIAL WAS RESTORED BY JOHN ORDE ROMNEY OF WHITESTOCK HALL IN THIS COUNTY IN THE YEAR OF OUR LORD 1895' and a small rectangular plaque on the top surface with an epitaph in Latin reading 'Georgius Romney Armiger, Pictor Celeberrimus, Obiit Nov: 15 1802. Requiescat in pace', which loosely translates as 'Here lies George Romney, celebrated artist, Died Nov 15 1802. Rest in peace.'.

It is not immediately obvious where to find Romney's tomb and there are no signs. To find the grave you have to enter the churchyard at the east end of the building and go around to the north-east corner of the burial ground. You will see Romney's grave in a level depression in front of the modern church hall.

Another churchyard feature is a plaque commemorating the burial here of plague victims who died in an outbreak in 1631. 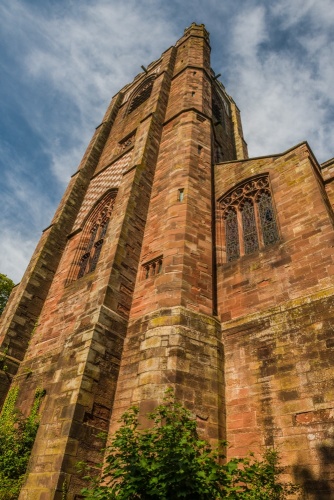 St Mary's Church is behind Dalton Castle at the top end of Market Place. There is extremely limited parking nearby but we managed to find a place along one of the nearby residential streets. We actually came to visit the castle but when we saw the church just a few steps away we couldn't resist.