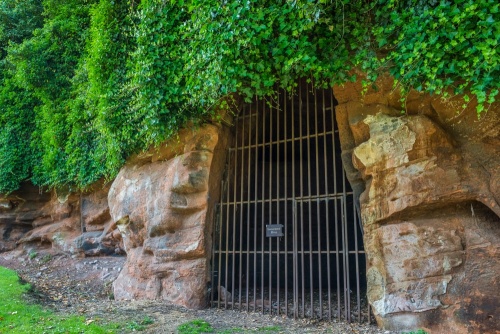 Lavington's Hole is a Civil War tunnel dug into the sandstone cliffs that underpin Bridgnorth Castle. The tunnel was built under the direction of a Parliamentarian engineer named Colonel Lavington.

The 12th-century fortress of Bridgnorth Castle stands on red sandstone cliffs high above the River Severn. The base of the cliffs is riddled with caves and tunnels, some of which have been used as dwellings.

Bridgnorth supported the Royalist cause during the Civil War and a large number of Royalist soldiers were garrisoned in the town. Oliver Cromwell sent a Parliamentarian army to take the town, forcing the Royalists to fall back into the castle. 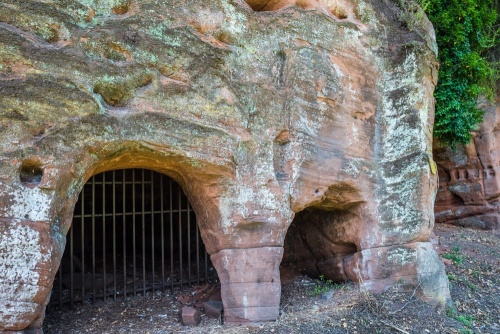 Caves along the cliff face

Three weeks of bombardment failed to force the castle defenders into submission, so the Parliamentary commanders tried a new strategy. Knowing that the Royalists had stored their gunpowder in St Mary's Church at the top of the cliffs, a team of men under an engineer named Colonel Lavington began to dig a 70-foot tunnel into Castle Hill, hoping to undermine the church and blow up the gunpowder store.

The castle defenders would have heard the sound of their enemy's picks under their feet, which perhaps accounts for the fact that they surrendered before Lavington's men had finished the tunnel.

The tunnel entrance is on Underhill Street (the B4363) a short stroll south of Bridgnorth Bridge. The entrance is protected by a cast-iron gate for safety reasons, so you can't enter the tunnel itself, but you can look through the grill to get a sense of the scale of the tunnel. 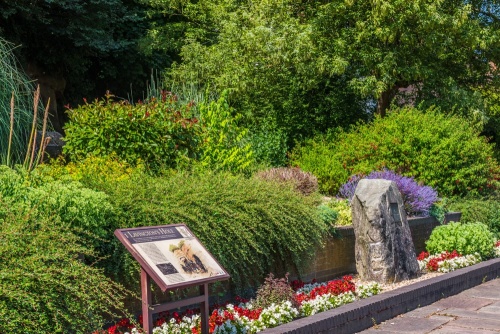 The cliff face along Underhill Street is riddled with cave openings, some only a few feet deep but others much larger. There is a lovely garden in front of the cliff face, with an information plaque explaining the history of Lavington's Hole.