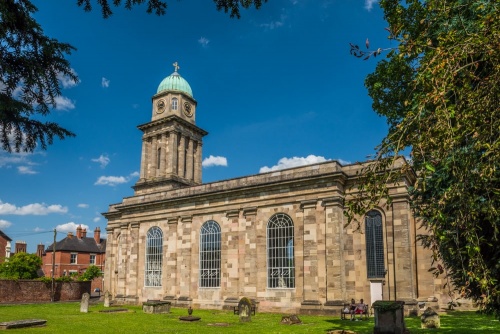 In December 1791 the churchwardens of St Mary Magdalene Church in Bridgnorth called in Shropshire's county surveyor, Thomas Telford, to survey their 14th-century church because they feared it might be in danger of collapse.

Telford, who would gain fame for his bridge designs, recommended pulling down the old church and building a new one. The churchwardens agreed, and St Mary's became the first church designed by Telford in a career that would take him from one end of Britain to the other. 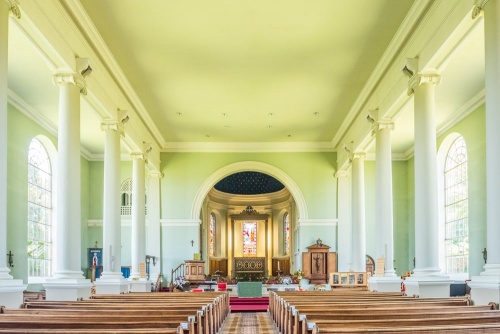 The history of St Mary's does not begin with Telford, nor, indeed, with the 14th-century building his newly designed church replaced. It begins in 1101, when the Norman nobleman Robert de Belesme built Bridgnorth Castle.

Robert had made the mistake of supporting Robert, Duke of Normandy, in a dispute for the throne of England with his brother, Henry I. He quite rightly expected Henry to take revenge, and wanted a stronghold within the Saxon hilltop town of Bridgnorth as his base. Robert's new castle had a chapel dedicated to St Mary Magdalene. 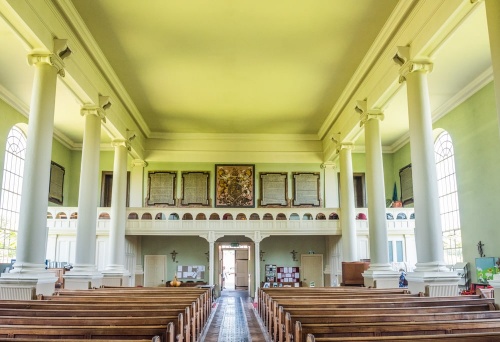 Looking north down the nave

Henry besieged Bridgnorth and Robert was forced into exile. Bridgnorth Castle fell into royal hands, and its chapel became a royal peculiar, subject not to an Archbishop, but directly under the king's control. The church was administered by a dean and five prebends, and held a Consistory Court, dealing with matters of church law. In 1330 the chapel became Bridgnorth's parish church.

In 1360 William of Wykeham, later to become Chancellor of England, served as prebend. A later prebend was Columb of Dunbar, who in 1403 stripped the lead from the church roof, sold it, and fled to Scotland to escape justice.

The castle chapel was rebuilt in the late 14th century, within the castle's central bailey. It seems to have been kept in a poor state of repair, for the antiquarian John Leland, visiting in 1540, noted that it was a 'rude thynge'. 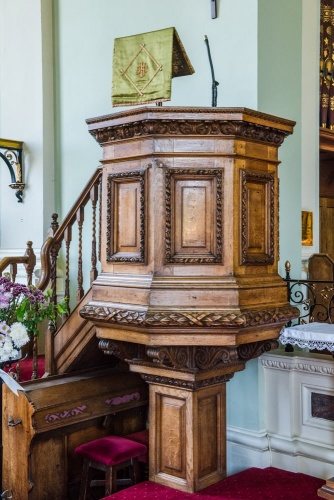 St Mary's appears to have been used for ammunition storage when Bridgnorth was occupied by Royalist soldiers during the Civil War. When Parliament's army besieged the town in 1646, they began to tunnel into the sandstone cliffs under the church, with the aim of blowing it up The sound of the Parliamentary picks under their feet alerted the royalists, who chose to surrender, thus sparing the church.

When the churchwardens of St Mary's accepted Thomas Telford's recommendation to pull down the medieval building and build a new church, they had first to gain approval from Parliament. Parliament duly obliged, and the Act was passed in March 1792. The Act's provisions set a limit of Â£3000 that could be borrowed to finance the project.

The work was overseen by eight trustees (those who had given over Â£50 towards the cost). It was consecrated on Michaelmas Day 1796, though it took until 1816 for work on the interior to be completed. 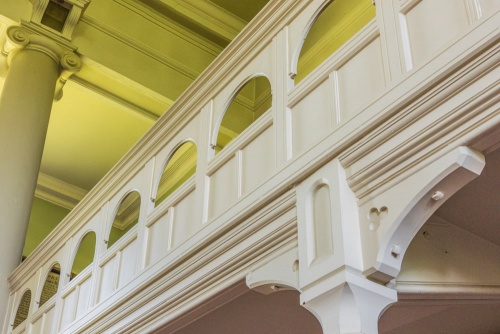 Telford did not want to rebuild on the same site; he preferred a site at the eastern end of High Street, but the landowner refused to sell. Two other preferred sites were suggested and refused, so with reluctance the new church was built on the same site as the old, though the building was turned 90 degrees so that it was oriented on a north-south axis.

Telford described the style as Tuscan on the exterior, with a tower in Doric style, while the interior was Ionic. He designed the church on a square plan, to maximise audibility, with galleries on three sides.

The most obvious internal features are the six large windows, three on each side, rising from floor to ceiling. The other thing you notice is that there are no memorials. This was a stipulation of the Act of Parliament that gave approval for the new church; it was thought that inserting memorials into the walls and floor led to structural instability.

The churchyard, however, holds some interesting memorials. Look for the tomb of General Charles de Preux, a French general captured during the Napoleonic Wars. General de Preux died while in captivity at Bridgnorth in 1813. 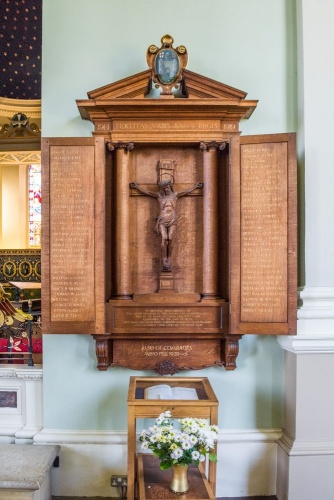 The church ceased being a Royal Peculiar in 1846 and was added to the diocese of Hereford. The Consistory Court lasted another decade.

In 1875 the architect Sir Arthur Blomfield was called in to modernise the church interior. The box pews installed under Telford were removed, and gas lighting was installed. Many of the sweeping changes envisaged by the Victorians were never carried out due to lack of money, so we are left with an interior that retains much of Telford's original design, albeit with some alterations.

A chancel screen of marble was inserted in 1882. The east and west galleries were removed, and the north gallery (ecclesiastical west) extended so that it spans the entire width of the church. A Lady Chapel was added in the 1920s.

The most recent addition to the church interior is the magnificent 'Father Willis' organ, installed in 2009. The organ was brought to Bridgnorth from Clifton College in Bristol.

St Mary Magdalene Church stands at the southern end of East Castle Street, just off High Street. It can also be reached from neighbouring Bridgnorth Castle Gardens and from the pedestrian footpath that skirts Castle Hill and links the castle grounds to Bridge Street and the Cliff Railway. The church is usually open to visitors and has been open every time we visited. 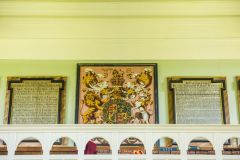 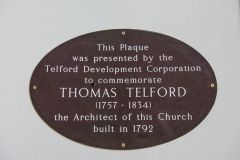