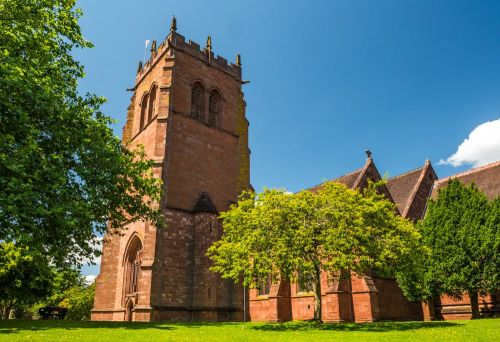 St Leonard's Church, Bridgnorth
The tower of St Leonard's parish church can be seen from almost everywhere in Bridgnorth. The original church on the site was likely Saxon, and there was certainly a church founded here around 1190. However, the current building is almost entirely a product of a Victorian restoration in 1862.

St Leonard's is set in an oval of period houses, creating an atmosphere not unlike a cathedral close. During the Civil War, the church was used by Parliamentary soldiers as a store for ammunition. A cannon shot caused the ammunition to explode, starting a devastating fire that swept through the town.

The church -- and town -- was restored. The major church restoration was executed under the direction of Rev George Bellett, a 19th-century rector whose monument stands within the church he helped to create. 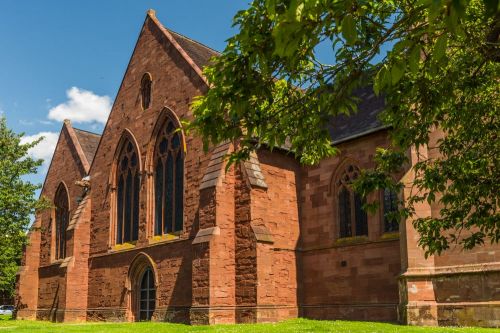 The sheer size and width of the church are breathtaking, of almost cathedral proportions. The interior features extremely fine woodwork, stonework, tiles, and colourful stained glass. Among the numerous monuments is a quartet of fascinating memorials dated between 1692-1707, built of cast iron.

St Leonards is no longer in regular use for worship and is cared for by the Churches Conservation Trust. This detached redwood lodge is situated on an exclusive development near Bridgnorth, with three bedrooms accommodating six people.
Sleeps 6 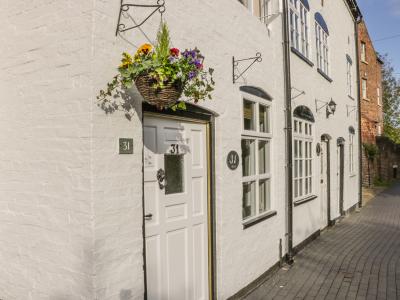 This semi-detached terrace house is situated in the village of Bridgnorth, near Much Wenlock, and can sleep four people in two bedrooms.
Sleeps 4