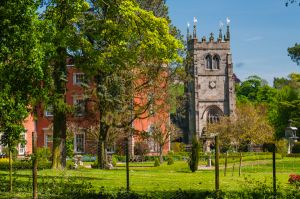 Staunton Harold Church
An ornately decorated 17th-century church set in lovely parkland, one of the few churches built in England between the Civil War and the Restoration of the monarchy. Staunton Harold church was built in 1653 by Sir Robert Shirley of Staunton Harold Hall, which stands beside the church, and it is a fascinating example of Stuart taste.

Shirley, later 1st Earl of Ferrers, risked the displeasure of Cromwell and his allies by his open act of defiance in building the church.

Sir Robert Shirley was a staunch Royalist and a man of faith. He believed that the Divine Right of Kings to rule was essential to the well-being of the nation. He also believed that the Anglican faith, before it was contaminated by the new Puritanical ideas put forward by Cromwell and his supporters, was the only true religion.

In Shirley's mind, support for the king and support for traditional Anglican ideals were inseparable. Shirley supported the Anglo-Catholic reforms put forward by Archbishop Laud; essentially making order on earth reflect order in heaven, that is, a hierarchy based on the unquestioned right of the king to rule and a return to ritual and a 'Catholic' version of Anglican worship.

Laud's ideas brought him into direct conflict with Cromwell and the Puritan ideals of simplicity and plainness in worship and church furnishings. It may seem hard for modern readers to grasp today just how intertwined the concept of support for the king and support for Laud's church reforms were. If you supported Charles I, you supported Laud, and by contrast, if you questioned the church reforms, you were an enemy of the king. There was very little middle ground. 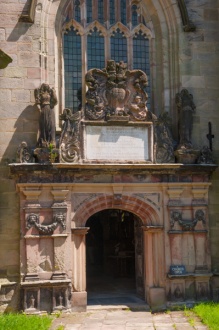 The entrance and Shirley epitaph

Shirley certainly did not take a middle ground, for at the height of Cromwell's Commonwealth he embarked on a new project to build a private chapel just a few steps from the front entrance of his family home at Staunton Harold.

He lavished his money on the chapel, filling it with the most beautiful furnishings in the richest materials, creating a vision of what Laud had called the 'beauty of holiness'. The furnishings are more ornate the closer you get to the high altar, with its embroidered silk frontal.

Building his new chapel was an open act of defiance towards Cromwell and the political leaders of the Commonwealth. Cromwell was furious and declared that if Shirley could afford such a fine new church he could afford to outfit a new ship for the Navy.

But Shirley was having nothing to do with Cromwell and his ideals; he refused to give any money for a ship, and was immediately thrown into the Tower of London. There he died, aged just 27 years. His son's guardians completed the church, though work was not finished until the 1660s, well after Cromwell himself had died and the Commonwealth ended.

The interior features remarkably complete 17th-century fittings, including pews, a west gallery, an organ, pulpit, painted ceilings, and the original pew cushions. The church, otherwise known as the Chapel of the Holy Trinity, consists of a nave with clerestory, twin aisles, and a west tower that rises in four stages. The richly coloured Victorian stained glass is just about the only part of Staunton Harold church not dating to the 17th century!

The most immediately striking feature is a superb painted ceiling, depicting the Creation. The ceiling was painted by Zachary an Samuel Kyrk in 1655. The chancel is separated from the nave by an elaborate wrought-iron gate, created by Robert Bakewell of Derby in 1710.

The design of the screen incorporates the Shirley coat of arms. Through the screen, you can see a marble monument to a later Robert Shirley, who died in 1714 of smallpox, aged just 21. Almost the entire west end is occupied by a huge organ, built n the 17th century but not intended for Staunton Harold church. It may have been brought here from the nearby hall. 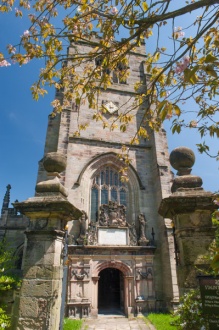 The interiors are lined with fabulous oak panelling, carved in Jacobean style by William Smith. The ornate box pews, lectern, and pulpit are all in the same style. One unusual feature is that the octagonal nave piers are clad in oak panels up to the level of the capitals.

At the east end, over the chancel arch, are the Shirley 'achievements'; symbols of rank and authority. These include a battle helmet, tabard, sword, gauntlet, spurs, and shield above a Saracen's head carving.

An inscription above the west door of the church gives an insight into Shirley's motivation in building the church; clearly, he was very much at odds with Cromwellian rule:

In the years 1653 when all things sacred were throughout ye Nation either demolished or profaned, Sir Robert Shirley Baronet, founded this church, whose singular praise it is to have done the best things in ye worst times and hoped them in the most calamitous. The righteous shall be had in everlasting remembrance.

The inscription was written after the Restoration of the Monarchy by the Archbishop of Canterbury, Gilbert Sheldon, to whom Shirley had offered refuge during the turmoil of the Civil War. It drives home the point that this is not 'just' a church, it is both a political and a religious statement; a statement uttered loudly and meant to be heard. It is tragic that in making his statement, Shirley was signing his own death warrant.

Guided tours of the church are available if pre-booked; check with nearby Calke Abbey.

When I first walked through the doors of Staunton Harold church I think my jaw must have fallen onto the floor; the interiors are absolutely amazing. The painted ceiling catches your eye, of course, but the superb wrought-iron chancel gates are just amazing, offering a tantalising glimpse into the ornately decorated space beyond.

It is such a shame that visitors are not ordinarily allowed to access the chancel, because the tombs there, and the overall decorative scheme is quite astounding. It is easy to see why Sir Robert Shirley's expression of his faith clashed so strongly with Cromwell's more severe Protestant ideals, and brought about his eventual downfall. 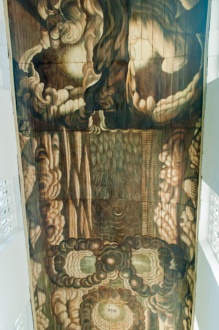 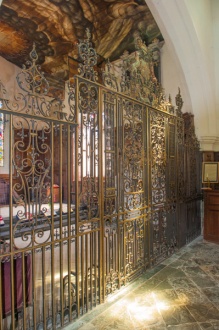 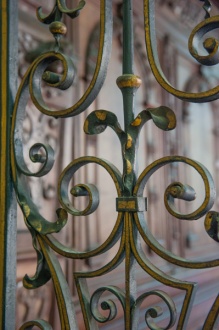 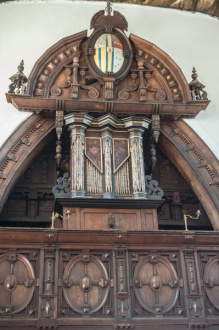 The organ and west gallery 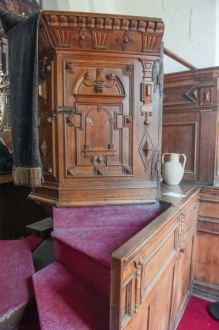 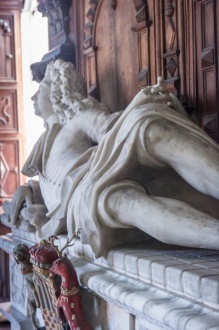 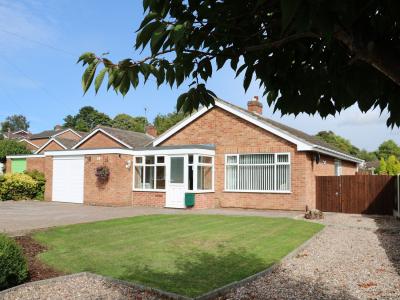 This ground floor bungalow is located in the village of Ashby- De-la-Zouch, near Burton-upon-Trent, and can sleep three people in two bedrooms.
Sleeps 3 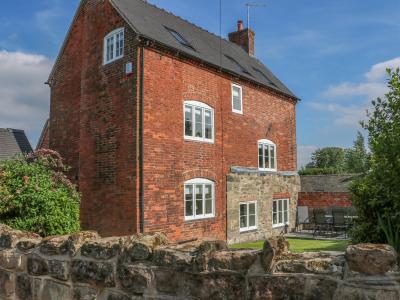