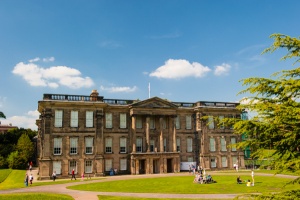 Calke Abbey is built on the site of a 12th-century Augustinian priory, set in a secluded hollow in the Derbyshire hills. That seclusion is in keeping with the character of the house and generations of the eccentric Harpur-Crewe family who owned it since 1622.

Calke Abbey house was built in Baroque classical style for Sir John Harpur in 1701-1703. The exterior is unadorned, almost plain, and the interior houses a varied collection - not of fine furniture and objets d'art, as you might expect, but of stuffed birds, mammals, fossils, and other natural history oddments gathered by a succession of eccentric owners.

The rooms have been left virtually unchanged from the 1880s and have been preserved as an example of an English country house in decline.

The pace of life at Calke moved slowly. Very slowly. Telephones were not installed until 1928 and electricity only came in 1962. The Harpur-Crews preferred to live life in a traditional fashion, eschewing modern conveniences for an isolated existence. If ever a house deserved a reputation as a time-capsule, it is Calke Abbey. 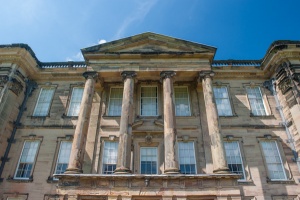 A perfect example of the family's eccentric behaviour is a magnificent state bed, a gift to a family member in 1714. The bed, with embroidered Chinese silk hangings, was never erected but remained in storage. It is now on display in a special air-conditioned cubicle, perfectly preserved.

The Harpur who initiated the family reputation of isolation was Sir Henry, who inherited Calke Abbey in 1789. Sir Henry was terribly shy and withdrew as far as he was able from the polite society of his peers.

Sir Henry then committed a social faux pas that isolated him even more; he married a lady's maid who worked in the house. He retreated from the outside world even more; he never spoke to his servants, but delivered his orders by letter. 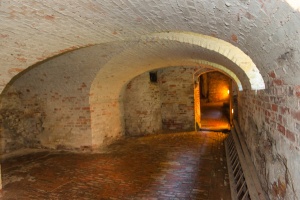 The same technique was used by the 10th Baronet, Sir Vauncey Harpur Crewe, who fell out so badly with his family that he resorted to sending letters through the public post rather than speak directly to them! Sir Vauncey had a reputation as a domestic tyrant; he forbade his daughters from marrying and kicked one daughter out of the house permanently for smoking.

Outside the house, the award-winning grounds include extensive landscape parklands, a walled garden created in 1773, and a restored 18th-century orangery. Near the house are the stables, where old agricultural and household implements are on display.

One of the most fascinating features at Calke is an underground passage leading through the cellars and brewhouse to another set of agricultural outbuildings. Our daughter declared the tunnel to be a bit spooky, but I thought it was quite atmospheric, and unique in any stately home I've visited. There are further tunnels for gardeners working in the grounds to proceed to their work without disturbing the family.

A short walk up the sloping hill above the house brings you to the late 16th-century church of St Giles. This was rebuilt in Gothic Revival style by Sir George Crewe in 1827. Inside are memorials to generations of owners including that of Henry Harpur Crewe, who granted the house to the National Trust.

NOTE: a timed ticket system is in effect on all but the quietest days, so visitors can expect to wait. When we visited on a sunny afternoon in May we had to wait about 20 minutes for admission. 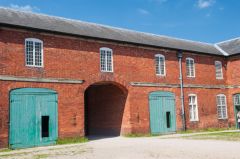 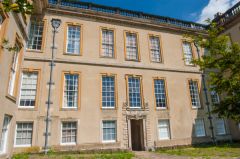 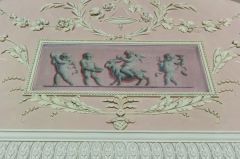 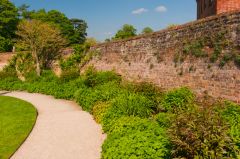 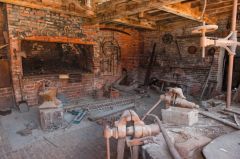 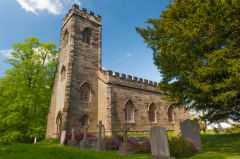 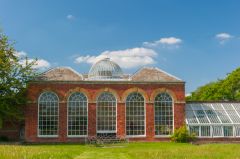 More self catering near Calke Abbey