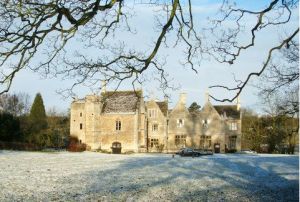 Southwick Hall
Southwick Hall is a lovely medieval manor dating to the early 14th century, built of local golden limestone. The house was altered numerous times over the centuries, with additions in the 16th, 18th, and 19th centuries, but it is still essentially the same building that was first erected around 1300.

The house was built in 1300 by the Knyvetts family, who owned Southwick until 1441. Remnants of the Knyvetts house include the front and rear towers and adjoining rooms. In 1441 Southwick passed to the Lynn family by marriage, and the Lynns resided at Southwick for 400 years, finally selling the estate in 1840. George Lynn rebuilt the 14th-century great hall, creating the current south front.

George Lynn was a bannerol bearer at the funeral of Mary, Queen of Scots, and legend says that the queen's burial certificate is hidden behind a wall somewhere inside Southwick Hall.

In 1840 the house was sold to the Capron family, who have owned it ever since, meaning that Southwick has been owned by only three families since it was built over 700 years ago.

At the heart of the house is the Hall, built between 1571 and 1580 to replace the 14th-century timber hall. This chamber was since decorated in Georgian style. Further rooms on view include the Study, Parlour, Oak Room, Gothic Room, the Crypt, and the Vaulted Room, the oldest part of the house.

There is a special display of Victorian clothing and lace, combined with family mementoes. The old Laundry and Stables has a museum of household objects, tools, local archaeology, and a recreation of a village sitting room.

Southwick Hall is open on specified days throughout the year, including Open Heritage Days, or at arranged times for pre-booked groups. Check the official website for current opening times.

More self catering near Southwick Hall >> 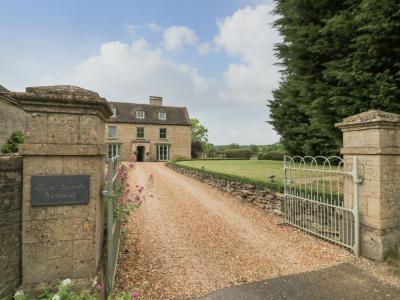 Glapthorn rests in Glapthorn and can sleep fourteen guests in seven bedrooms.
Sleeps 16