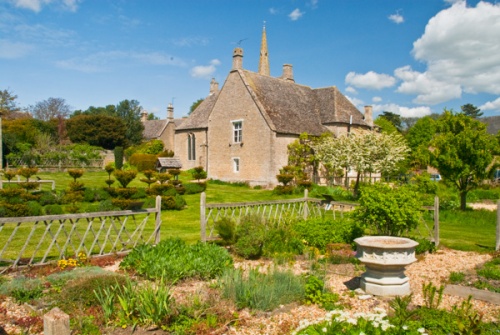 The oldest house in Northamptonshire, Prebendal Manor dates to the early 13th century. The house is just one of a group of historical buildings on this site; near the manor is a 16th-century dovecote, a 15th-century guest lodging, and a large 18th-century tithe barn. Surrounding these historic buildings is a recreated medieval garden.

What is a prebend?

To understand the history of the manor you have to first understand a bit about the medieval church in England. Church officials, particularly those who served a cathedral or other large collegiate church, were often granted a house, or an entire estate. The church might hold a large number of such estates, which it awarded to high-status clergymen.

The key was that the prebend did not own the estate, he merely had the income from it; the actual estate was owned by the church. The church official (often a canon) might accumulate several prebends, and the prebendal might be managed on his behalf by an estate manager. 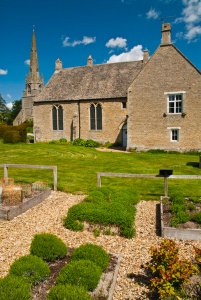 The manor and gardens

Long before a manor was built on this site beside Nassington church there was a Saxon royal house here. Whether that royal hall was built by King Cnut or not, he certainly stayed here. Written records tell that the king rested here on one of his journeys and that he engaged in a game of chess after a banquet.

A 'Time Team' excavation in 2003 found evidence of Cnut's timber hall inside and outside the current medieval manor. Further excavations in the area of Nassington have unearthed large amounts of Saxon pottery and evidence of settlements.

In 1123 Henry I granted the Nassington estate to the Bishop of Lincoln expressly so it could be used to endow a prebend (grant it out to a church official). In 1160 Ranulf de Nassington was appointed the first prebendary. Ranulf was a canon and Presenter at Lincoln Cathedral, and he may have undertaken to repair the existing Saxon hall.

In the early 13th century the Saxon hall was replaced with a stone house, possibly by William of Avalon, nephew of St Hugh of Lincoln. Rather than tearing down the hall, it was encased in a new stone structure then taken down carefully from inside the new, larger hall. Interestingly, the Saxon central hearth was left, and continued to heat the manor house until 1434. 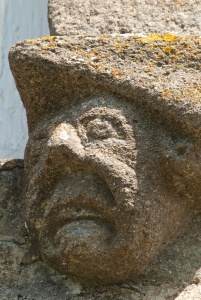 The new stone house had a Great Hall (a communal area) and a solar (a private family chamber). The centre of life at Nassington was the Great Hall. Not only was it used as a communal dining area, but the household slept here and carried out their daily business here.

The Hall was also where the Prebend was able to show off his wealth and importance; a place to entertain and impress guests. It was also a courtroom, where local legal cases were tried on a regular basis. The prebend had both civic and church authority, so cases would include anyone charged with breaking church law.

The concept of privacy was a relatively new idea, and the very existence of a solar for the lord of the manor and his family might have seemed an odd notion to early medieval folk.

The Prebendal Manor at Nassington must have been prosperous, for in 1290 Pope Nicholas IV tried to seize it for St Peters in Rome. The papal move failed, but Nassington paid the pope 160 marks worth of produce. A papal payoff?

Bishop Oliver Sutton visited Nassington several times in the late 13th century, with his large household. He seemed to time his visitations for occasions when the Prebend, John of Lacey, was away, moving Lacey to complain to the pope that the Bishop used the prebend in his absence.

One famous prebend was Simon of Sudbury, who rose to become Archbishop of Canterbury in the reign of Richard II. Sudbury claimed the prebend in 1349, but Richard II sued to reclaim it the following year.

Decades later Sudbury instigated the infamous poll tax, which provoked the Peasant's Revolt in 1381. The archbishop was seized by rebels at the Tower of London and beheaded. 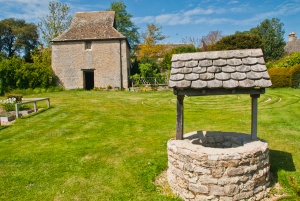 Someone with a much closer tie to Nassington was Nicholas Colnet, physician to Henry V. Colnet served Henry at Agincourt in 1415 and was given the prebend here in 1417, perhaps as a reward for services to the king during the Agincourt campaign. Many of the plants in the recreated medieval gardens would be recognised by Colnet, and he would have used many of them to prepare medicines for the king.

Prebends were outlawed in 1845, and in 1875 the estate was sold by the Ecclesiastical Commission into private hands. The Earl of Carysfort owned the estate and leased it to tenant farmers. 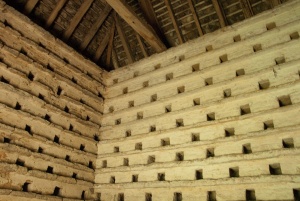 Pigeons were an essential part of the medieval diet, so a dovecote was practically an essential feature of any manor estate (despite the name, a dovecote was more likely to be a place for raising pigeons than a place to raise doves). Aside from eating the pigeons, the manure was later processed to make saltpetre, essential in the manufacture of gunpowder.

This large 18th-century barn was originally used to store grain and also to provide a space for manual threshing. The barn interior now houses a museum about the history of Prebendal Manor and shows off some very nice bits of carved stone found around the site. Among the objects on display is a Saxon bone comb, the only inscribed Saxon piece yet found in Northamptonshire.

It is not clear what the inscription says; it may be the owner's name, or it may be a curse. But whatever it says, the script is Old English rather than Latin. Its presence here shows just what an important place Nassington was in the Saxon period.

Other items include a Roman spindle whorl and a fragment of a medieval chess piece made of bone. There is also a recreation of a medieval pottery workshop, with a kiln and examples of pottery and wooden vessels.

The lovely gardens that surround the manor house are a recreation of a high-status garden from the 13th-15th century, planted to be both aesthetically pleasing and practically useful. Designed by Michael Brown, the gardens have been carefully planted with species listed in several medieval gardening guides.

Sources include the first known volume on English gardening by Jon Gardener. Another source was a 15th century Leech Book, a sort of medicinal 'recipe book' of healing uses for plants. Another garden area is based on plant listed in 'The Square Garden of Henry the Poet'. 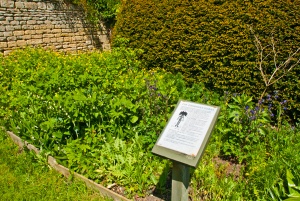 One of the features of the medieval gardens is a Tunnel Arbour, often created with coppiced wood bound with withies. One of the reasons for the popularity of arbours was that they create a shady walk, and shade was prized by medieval ladies of rank.

Why? Medieval ideals of female beauty prized a pale complexion and staying in the shade would have been important to any female of rank. The tunnel arbour at Prebendal Manor follows a design in a medieval manuscript and is planted with white and red roses and honeysuckle, trained to the frame of the arbour.

There is a separate bed of Poisonous Plants, including Deadly Nightshade, Foxglove, Mandrake, Henbane, Hemlock, Lily of the Valley, Greater Celandine, White Bryony, and Corn Cockle. Other garden features include a fish pond, coppice area, a Pleasure Garden, Wild Garden, small vineyard, orchard, and pens for raising sheep and pigs.

I loved visiting the manor. I was expecting an interesting historic house, which is what I got. What I wasn't really expecting was how much else there was to see, from the ancient barns and dovecote to the beautifully recreated garden areas. This is truly a wonderful historic property and is well worth a visit.

Prebendal Manor is located almost directly opposite the church of St Mary the Virgin and All Saints in Nassington. It is well worth popping into the church, which is open most days. The building dates to the Saxon period and remains of a 10th-century Saxon cross-shaft stands inside the church. 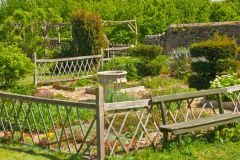 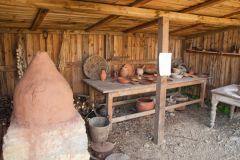 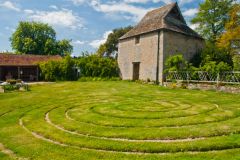 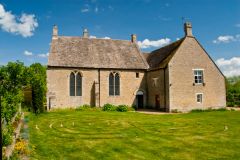 More self catering near Prebendal Manor