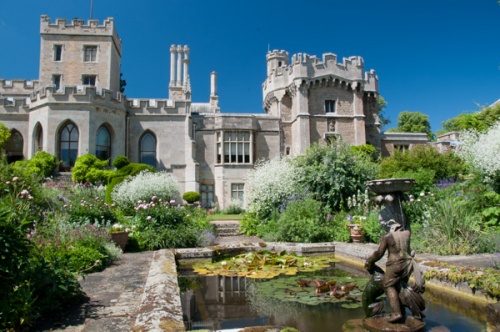 There has been a house at Elton since the Norman Conquest, but the present building is largely a product of the late Jacobean period. An earlier Tudor manor survives in the undercroft and the gatehouse tower.

There was a medieval hall on the site, owned by the Sapcote family, however the name most associated with Elton Hall is Proby. The Proby involvement at Elton goes back to the late 16th century to a rising star in the Elizabethan world called Peter Proby. He was a Cheshire man who served as an MP under Elizabeth I, and later was an aide to Sir Francis Walsingham before eventually becoming Lord Mayor of London.

Proby served as bailiff of Elton Manor under James I in 1604 and took out a lease on Elton Mills. His grandson, Sir Thomas Proby, really made the family fortune when he married Frances Cotton, a wealthy heiress, and together they gained control of Elton Hall. Sir Thomas rebuilt the old medieval Hall, though he retained the undercroft and the gatehouse tower. The work was completed around 1666.

The next Proby to make a mark was John Proby, an 18th-century diplomat who was created the 1st Earl of Carysfort. John Proby enlarged the house and introduced many of the 18th-century features that give the Hall much of its character today. 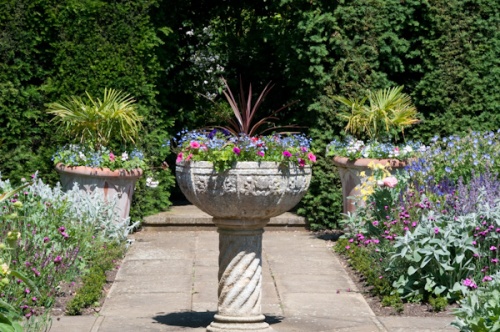 The interior is full of fabulous artwork, including Old Master works dating to the 15th century. Much more modern by comparison are the Pre-Raphaelite paintings by Millais and Tadema. Some of the top names in British art are represented, with works by Gainsborough, Reynolds, and Constable on display. Perhaps the most impressive state room on exhibit is the Drawing Room, an ornately gilded chamber formed from the medieval chapel.

Equally impressive is the Library, which features one of the most important collections of books and manuscripts in private hands in Britain. The most popular exhibit is Henry VIII's personal prayer book, with notes in Henry VIII's own handwriting.

Editor's Visit:
Elton Hall has somewhat limited opening hours compared to some of the 'big name' historic houses, so it has taken a while before I could manage to fit in a visit. Now that I have, I wish I hadn't waited so long! Elton Hall is a wonderful historic house.

The gardens are a pure delight, with a mix of semi-formal areas punctuated with topiary and deliciously wild informal garden beds. The house is wonderful; visitors are taken around a collection of formal and semi-formal rooms by very knowledgeable guides. This is very much a family home, and the tour is anything but stuffy! Highly recommended. 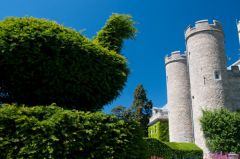 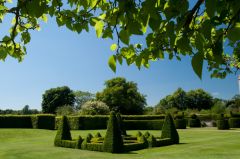 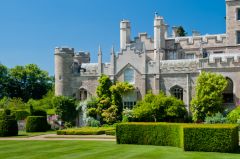 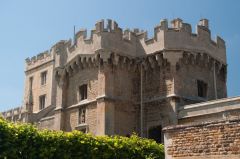 More self catering near Elton Hall