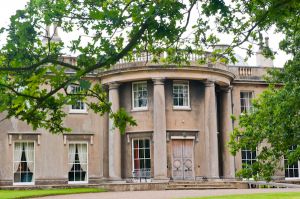 At Scampston Hall a lovely modern garden is set outside a late 17th-century manor house. The house was rebuilt in the late 18th century, and redecorated in the Victorian period and again in 1910. A painstaking restoration in the 1990s resulted in Scampston being awarded the Country Life 'House of the Year' Award in 2000.

Within the house are fine collections of porcelain, furniture and art, including paintings by Gainsborough. The interiors are mostly in Regency style, largely a result of work by architect Thomas Leverton. The house stands in parkland laid out by Capability Brown to include 10 acres of water features and a neo-classical bridge.

Within the original 18th-century kitchen garden of Scampston Hall is a separate modern walled garden especially planted to complement the existing Capability Brown landscape garden beyond the walls. Sir Charles and Lady Legard rescued the kitchen garden from 50 years of neglect and created in its place a striking, colourful modern garden with a very modern feel.

The garden is separated into distinct areas, which include a Plantsman's Walk, Silent Garden, Perennial Meadow, Spring & Summer Box Garden, Katsura Meadow, Serpentine Garden, and 'Drifts of Grass', a wonderfully unique garden with thousands of spiky Molinia planted in broad swaths. In addition, there is The Mount, a raised turf area like those common in Tudor gardens, where visitors can easily view the entire garden spread out before them.

The Cascade Walk takes visits on a circular tour through the grounds, crossing the Palladian Bridge and following Capability Brown's lake to a small cascade, then looping through the park back to the house.

There are not too many stately homes in Britain where the titled owner greets you at the door, but that was the case for my visit to Scampston Hall. The very friendly and enthusiastic guides made the house tour a delight. 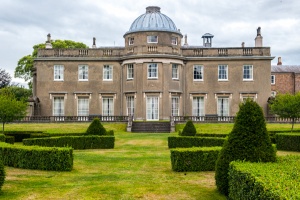 Scampston Hall from the grounds 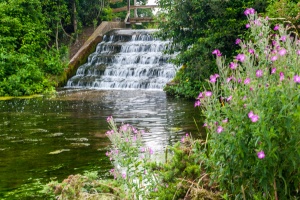 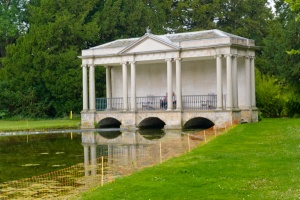 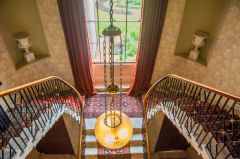 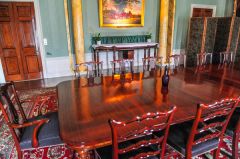 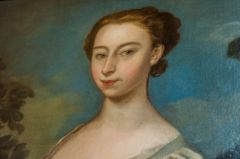 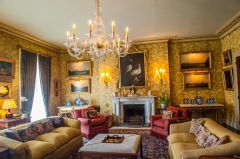 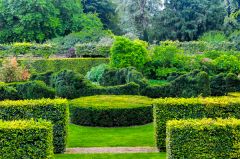 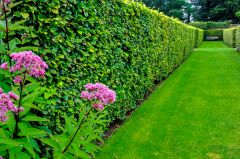 More self catering near Scampston Hall >>