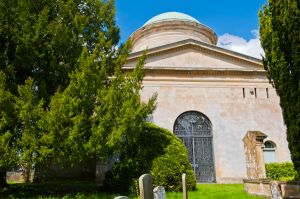 All Saints, Nuneham Courtenay, is a striking Italianate church in the style of a classical temple, built in a prominent position overlooking the River Thames. It stands in the grounds of Nuneham Park, an 18th-century stately home now operating as a retreat centre.

The church was built in 1764 by the 1st Lord Harcourt to act as an eye-catcher in a sweeping new landscape garden designed by Capability Brown.

There was one minor impediment to Brown's design; there was a village in the way. So Lord Harcourt demolished the old village of Nuneham Courtenay and its church, and built a new 'model' village a mile away, on the main Oxford road. The medieval church was in poor condition in any case, so Lord Harcourt decided to build a new church, in the Palladian style which was then fashionable.

He built his new church to a stunning classical design, looking out over sloping lawns to the Thames. The church was created as a Palladian temple, with a gleaming dome rising high above a very large classical portico in Ionic orders, supported on 6 slender columns. The portico is actually misleading, as it leads to nothing but a blank stone wall; the actual entrance is at the west end. 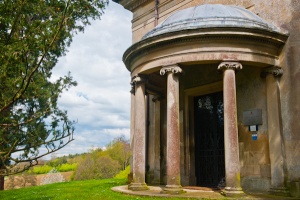 Lord Harcourt's new church may have been close to the site of the medieval parish church, perhaps only 20 feet away, though no trace of that earlier building remains.

The architect was James Stuart, who created a striking design in the style of a classical temple, with a cruciform layout and a lofty central dome. The building material is limestone ashlar, and the dome is covered in copper.

The interior of this striking building is furnished with Italian fittings from the 17th and 18th centuries, though most were brought here in the 1880s. Here you will find grand statues, memorials, and busts of Harcourt family members.

The absurdity of having the church so far from the 'new' village of Nuneham Courtenay was finally recognised in 1880 when a more convenient church was finally built in the village itself. The 'old' church then served as a private chapel for Nuneham House - indeed, it became popularly known as the Harcourt Chapel. It is now redundant and managed by the Churches Conservation Trust.

There was a church here, dedicated to All Saints, as early as the 10th century, belonging to Abingdon Abbey, and with some interruptions, the abbey retained the right to appoint incumbent priests until the Reformation. 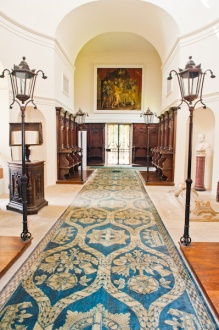 The manor of Nuneham Courtenay itself was listed in the Domesday Book of 1086 when it was owned by Richard de Courcy. In 1310 Edward III gave the estate to Hugh de Courtenay, Earl of Devon.

The estate did not remain in the Courtenay family long, for by 1400 it had been sold to Sir Hugh Seagrave. It then passed through the hands of several owners until in 1710 it was purchased by Sir Simon Harcourt of Stanton Harcourt, further west in Oxfordshire. Sir Simon died in 1727 and Nuneham passed to his grandson, also named Simon.

This Simon Harcourt became Viscount Nuneham of Nuneham Courtenay and Earl Harcourt of Stanton Harcourt in 1749. The Harcourts lived here until 1948, then the estate was let to a succession of organisations, the most current being the Brahma Kumaris World Spiritual University, who operate a Global Retreat Centre from the house.

Simon Harcourt tore down the decrepit medieval church and incorporated the old churchyard into his landscaped gardens. The domed church was intended to be an eye-catching focal point in the new landscape scheme. Harcourt employed as his architect James 'Athenian' Stuart, an acknowledged authority on Greek antiquities.

Indeed, in his role as a member of the Dilettante Club, Harcourt had helped pay for Stuart to travel in Greece. So you would assume that the new classical church at Nuneham Courtenay would be heavily influenced by Greek design. You'd be wrong.

Stuart and Harcourt between them came up with a heavily Romanised design, partly inspired by Chiswick House, on the outskirts of London. The result is a cruciform building with an Ionic portico to the north and a semi-circular Ionic porticoed entrance on the west.

The major features were obviously created with an eye to their aesthetic appeal, with little or no consideration to the needs of the parishioners, who had been displaced to Harcourt's new model village a considerable distance from the church itself!

Most of the medieval building was demolished; the memorials were destroyed or lost, but a few 17th-century stones were used to pave the vestry floor. It is hard to imagine it now, but the village of Nuneham Courtenay once occupied the sloping green lawns between the manor house and church.

One of the most unusual features of All Saints is a set of very elaborate wrought iron doors protecting floor to ceiling glazed windows. It seems uncertain whether these beautifully formed doors were a part of the original design or added in alterations to the church in 1880.

The interior is spacious, almost plain. It would be even plainer were it not for alterations made by Edward Harcourt in 1880 when the church was converted to a private chapel. Some of the most interesting features include a simple stone font topped by an ornate 18th-century Italian cover and a late 18th-century wooden lectern. 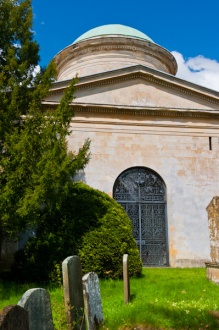 The most obvious interior features are the beautifully carved wooden stalls, arranged in collegiate fashion (facing towards the central aisle rather than towards the altar). One feature which you wouldn't ordinarily notice is the carpet leading from the west door towards the east end.

This carpet was used at Edward VII's coronation ceremony in Westminster Abbey, and a set of wreaths in glass cases were used at his funeral in 1910.

There are several interesting busts and memorials to Harcourt family members, including a full-length effigy of Sir William Harcourt (d. 1902), but the most interesting memorial is a poignant monument in white marble to Julian Harcourt, who died in 1862, at the age of two. The oldest monument is a lovely memorial dated 1703 to Dr Byron Eaton, a former rector.

This was one of the few items salvaged from the old medieval church, but its Corinthian decoration looks right at home here. There are four 19th century hatchments on the walls, but a more interesting feature is a very large 17th-century Flemish tapestry over the west door.

The wonderful location of All Saints and the beautifully spacious Italianate interior make it a delight to visit. The view over the Thames valley from the north portico is marvellous.

Note: Don't confuse this classical church with the more traditionally designed 'New Church of All Saints' which you pass on the way to Nuneham House. The 'new' All Saints is also redundant and is used by Oxford University for storage. The villagers of Nuneham Courtenay are reduced to using neither of their local churches and must travel to Marsh Baldon for services. 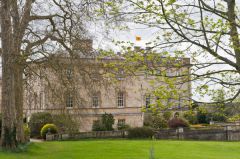 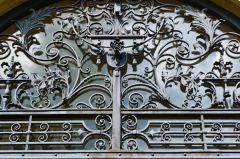 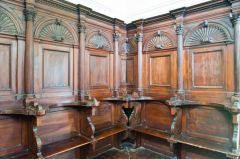 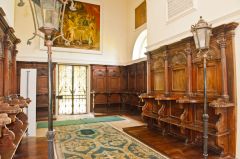 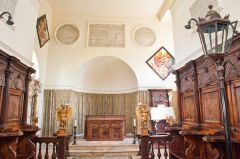 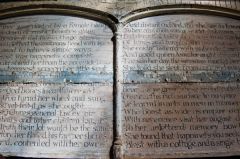 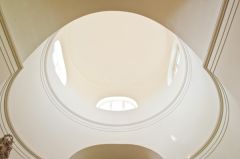 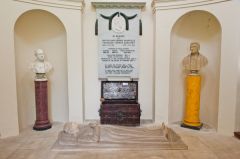 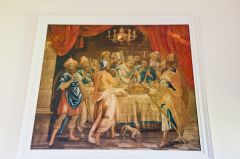 More self catering near Nuneham Courtenay, All Saints Old Church >>

The Angel Restaurant with Rooms - 11.3 miles
Aylesbury, Buckinghamshire
Stay from: £70.00