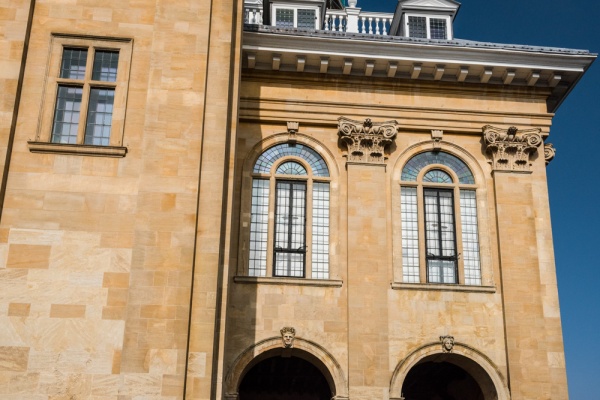 This lovely 17th-century Baroque building is now home to the Abingdon Museum. It was originally built to house the Assizes courtroom. It is raised upon high arches with an open market space beneath.

The County Hall was built from 1678-1683 by Christopher Kempster, who had worked as a stonemason for Sir Christopher Wren. It was originally intended to fulfill three purposes; to provide a warehouse space in the cellars, provide a ground floor all-weather market, and to house the Berkshire Assizes on the first floor (Abingdon-on-Thames was originally part of Berkshire). The Abingdon Museum was established here in 1919.

The building is rectangular, of two stories, set upon a stylobate, or stepped platform. There are four bays on the long side and two on the short side. There is a square stair tower in the south side. A weekly market is still held on the ground floor. 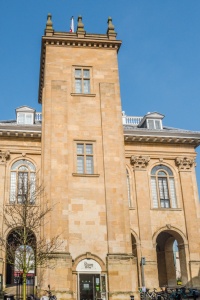 The cellar now houses a popular cafe, as well as a display on the industrial uses of the building. The ground floor, under the arcade, is the museum entrance. You climb a set of stairs to the first-floor exhibition area, formerly used as the Assizes courtroom. At one side of the rectangular chamber is the royal coat of arms that hung above the judge's chair. At the other end is a beautifully framed 18th-century mirror with intricate woodwork in the style of Grinling Gibbons.

One of the most interesting displays explores the unusual Abingdon tradition of bun-throwing. This tradition goes back centuries and involves the mayor and councillors throwing rock buns off the top of the County Hall at a crowd gathered below. The ceremony is only held on special royal occasions, such as a royal birthday or coronation.

Another display looks at the history of the motoring industry in Abingdon, with an entire MGB roadster sports car occupying one end of the former courtroom. Look for 'The Monk's Map', a 16th-century map of Abingdon and the River Thames, and a reconstruction of the 'Abingdon Sword', a Saxon blade found locally.

On the top floor is a smaller exhibition area, with displays of local archaeology and palaeontology. There is a temporary exhibition space for regularly changing exhibits. when we visited this area had a fascinating exhibit of civic silverware and regalia.

The silverware was gradually acquired by the town since 1556, when Abingdon was granted borough status, and when the Corporation was formed to take over administration from the abbey and medieval merchants' guilds. The most impressive item was the stunning golden civic mace, used in ceremonies.

There are fine views from the roof, which for safety reasons is only open from Easter through October (charge applies).

I was very impressed by the County Hall Museum. Though the museum is relatively small, the combination of the historic building and the well-designed exhibits really do communicate the history of the Abingdon area in an enjoyable and highly entertaining way. Thumbs up. 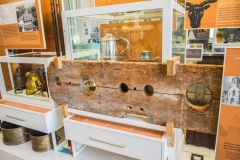 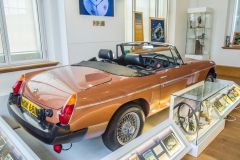 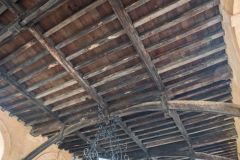