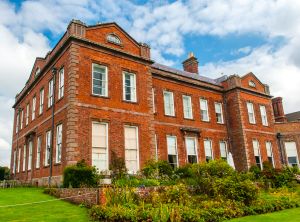 Dudmaston is a 17th-century country house in Queen Anne style, built by Sir Thomas Wolryche (1672-1701) and filled with a superb art collection, including ceramics and Dutch art. The Hall was built around 1695-1700, with some remodelling in the period between 1820 and 1840.  It is not known for certain who designed the house, but Francis Smith of Warwick is one reasonable theory.

Whoever the architect, the result is an attractive, if subdued exterior; a two-storey rectangular block, with later wings. The person most responsible for the house we see today was Lady Elizabeth Wolryche, widow of Sir Thomas. The Dudmaston estate goes back to at least the 12th century, and the Wolyrche family acquired it in the 14th century.

The estate stayed in Wolryche hands well into the 20th century, but not without a few shaky moments along the way. Lady Wolryche's son John gambled away much of the family wealth, but when he drowned in 1723 she and her brother managed to rebuild the family finances, with the help of Mary Wolryche, John's sister, who inherited on his death.

The Wolryches were sticklers for convention; dinner was served precisely at 1pm each day, and woe betide anyone arriving even a minute late; they were forced to eat with the servants. 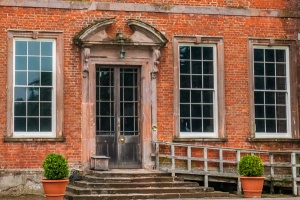 By the 20th century, Dudmaston was in dire condition, like many great country houses of the day. The house was rescued from becoming derelict thanks to the Labouchere family. Lady Labouchere was a descendant of the wealthy Darby family of Coalbrookdale and brought a collection of fine art and porcelain with her to Dudmaston.

It is the art that defines Dudmaston. The exterior is sedate and unremarkable; a subdued essay in Georgian simplicity and elegance. You enter into a darkly panelled entrance hall, beyond which is a library in ebullient Regency style.

After these first few rooms, however, the art takes centre stage and seems to overwhelm everything else. As Simon Jenkins rather aptly put it in his popular book, England's Thousand Best Houses, the house is rendered 'more gallery than a residence'. Jenkins is perhaps a little harsh, but there's no denying that, whatever the attraction of the 18th-century interiors, Dudmaston is first and foremost a setting for its wonderful art collection.

The house is set in a lovely rural estate, with attractive parkland running down to the River Severn; indeed, if I can judge by the fellow visitors I saw when we were there, it seems that many families ignore the house and come to Dudmaston to enjoy the estate and its miles of trails. There are country walk leaflets available for visitors, and a regular programme of special events throughout the year ensures that there is always something of interest going on.

In addition to period furniture and the historic art collection, Dudmaston features one of the finest collections of 20th-century art and sculpture, including works by sculptors Barbara Hepworth and Henry Moore, among others. Several rooms are set aside for art exhibits, with regularly changing themes. When we visited Dudmaston there was a special exhibit of Spanish art relating to the anti-Franco movement, and an exhibition on WWI art and how the war years affected Dudmaston and its inhabitants. 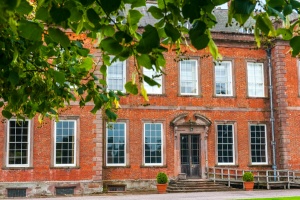 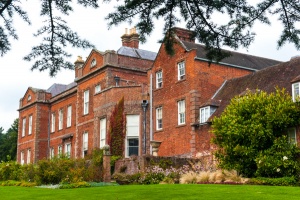 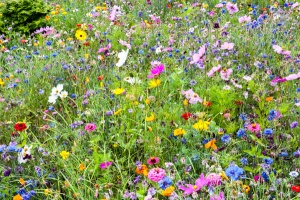 Wildflowers in the garden terrace
below the house 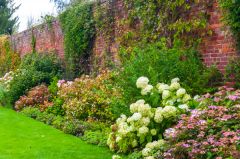 More self catering near Dudmaston Hall >>